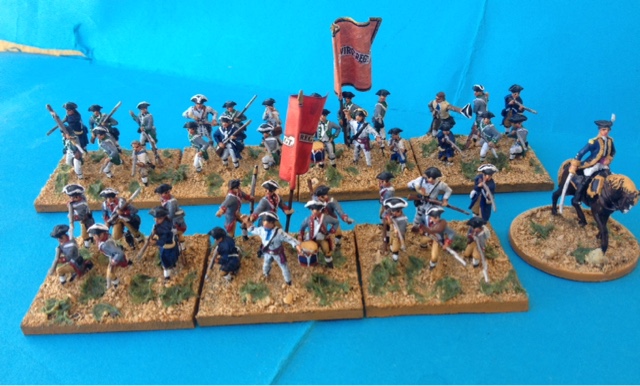 The Virginian uniforms for the AWI are not the most well documented. Sometimes this lack of information is good as you are allowed a broader range of paints for your units. After some research the most logical option would be blue uniforms with red facings. Instead, I used mostly grey, with green facings for the 4th Virginia and red for the 8th Virginia regiment. Some figures use the hunting shirt while others use a blue surcoat for some 'american' colour. 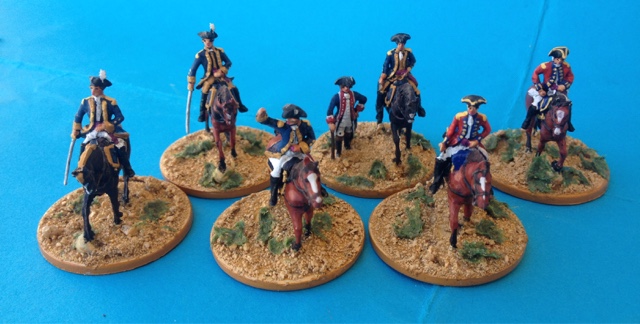 I also painted some more Brigade and Division (with extra ADC on foot) commanders for both sides. You can also recognize the Austrian and Prussian Revell officer figures as well as the drivers of the Austrian artillery train here promoted to the rank of General. Not bad as a career!!

Posted by João Pedro Peixoto at 05:35