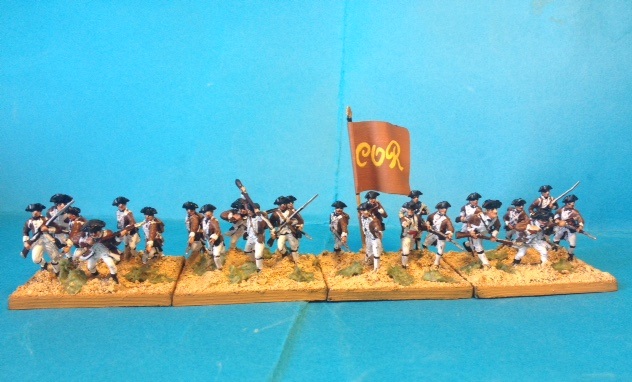 With another rainy day I managed another quick unit finished. The 2nd Canadian Regiment was one of the best units General Washington had at Brandywine. They were one of the few units who stood firm while the Continental line at Birmingham Hill evaporated, including De Borre brigade to which the Canadians belonged.

Because of this bravery I modelled them with charging positions using Airfix, Revell and Italeri figures.

As most of the figures have one foot in the air I glued it with  hot glue to the stand making the figures more solidly fixed to the base.