I managed to finish a third battalion of Blitzkrieg German Infantry and a few more Czech Pz38t, Pz35t  and armoured cars. 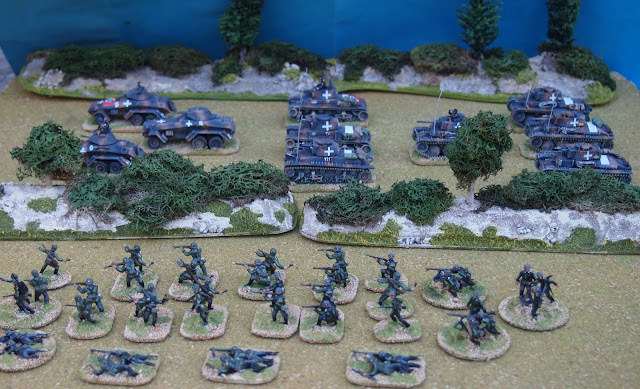 Not much new this time with the exception of the middle row of tanks which are the Pz35t for the 1st Leichte division. 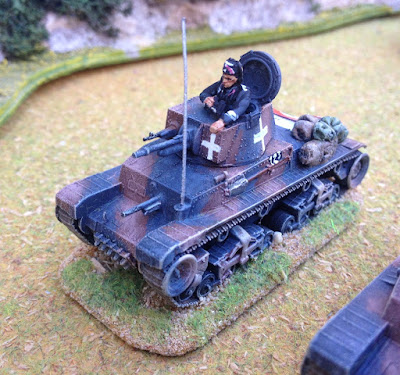 This is the Pz35t from First To Fight  with added crew from PSC leftovers.
(Sh.... barrels glued upside down! Ok, corrected, if only discovered march 2017... shameful). 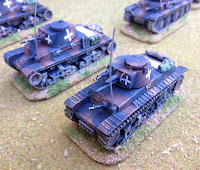 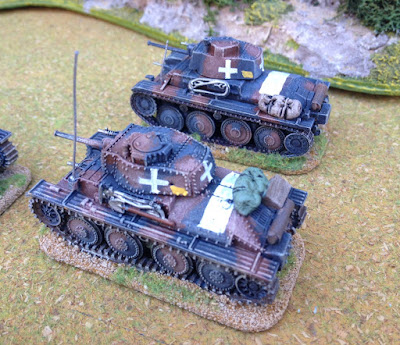 Altaya Pz38t (top) and PSC Pz38t. Here the main difference are the rivets on the PSC model which are almost non existent in the Altaya model. 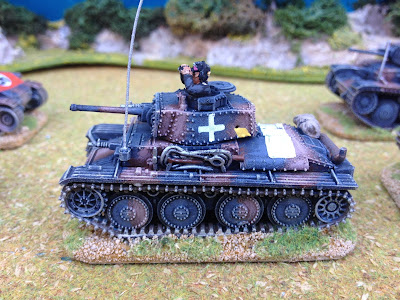 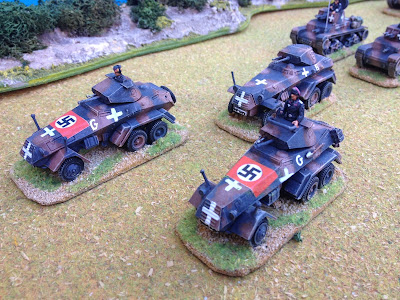 Good old Matchbox  in all its glory! (finally I found what to do with them). 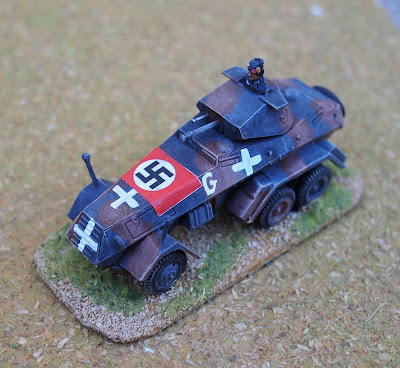 The crew member is the old and useful driver of the ESCI King Tiger. 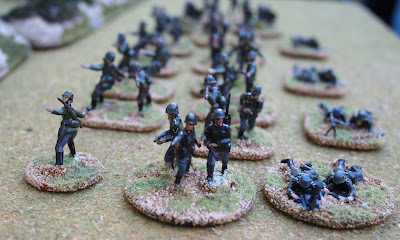 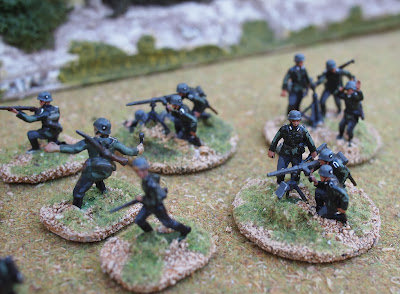 Nothing new with the infantry. Again all possible plastics and some conversions on mortars, HMG's  and radioman. Blitzkrieg fever is slowly passing and giving its way to Guadalajara, Brunete and the Ebro... if you know what I mean...

Posted by João Pedro Peixoto at 14:47