The Republic rushes reinforcements to the Madrid front in order to stop the Nationalist Army of Africa from taking the capital! The action is taking place near of the pueblo of Dos Casas - easy to see why in the pictures - and it shows a number of early vehicles used in the conflict, sometimes by both sides. 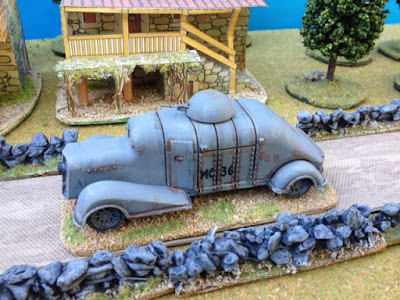 Here a Hispano-Suiza MC-36 from Minairons. It's a simple and big model and at least one was used with a T-26 turret as HQ vehicle also in Franco's army. 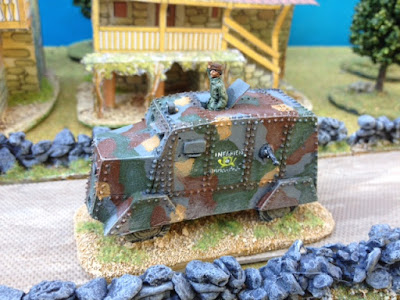 This Camion Protegido Nash-Quad is by Panzer-Garage and has an SHQ British paratrooper as commander from the leftover box. 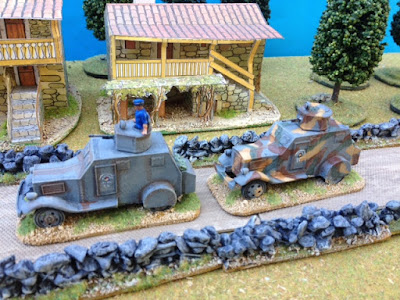 Again by Minairons a pair of Carros Blindados Bilbao Mod.32. They were mostly used by the blue- later grey- clad Guardia de Asalto. The figure comes from the Minairons T-26. 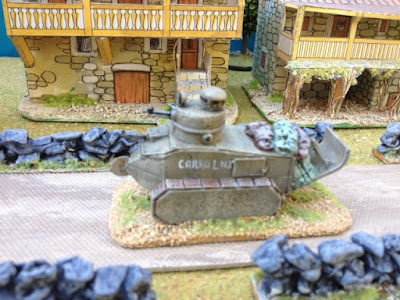 When they started, Irregular Miniatures was so enthusiastic about the SCW that they produced a strange Trubia tank, probably based on the few pictures available some years ago. Now, particularly in Spanish language, there is plenty of information about one of the few real tanks ever produced in Spain (nothing to be ashamed, in Portugal we never had any). The model has several faults mainly the lenght of the track part which is short by some 5mm something hard to come by. Even so I detailed a little bit more the charismatic Hotchkiss Mg's, placed the frontal roller, made the turret cupolla taller and desguised with stowage the rear part as the parts that connect the tail to the hull also don't fit.
I'm sure that if IM remodels it's Trubia they will solve these problems. 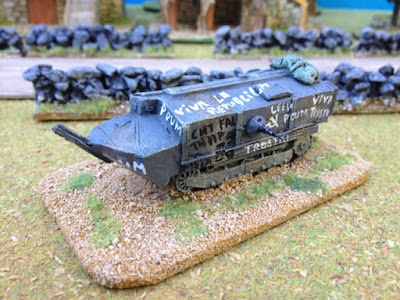 Another IM model, and much better designed, the Schneider tank. I only added the home made rear stowage boxes and the Hotchkiss Mg's. 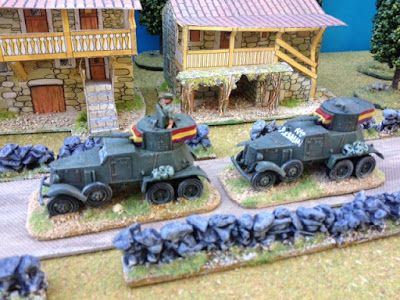 The Russians arrive! The BA-6 by Pegasus is a quick build model and you get two models in the box which are really good! 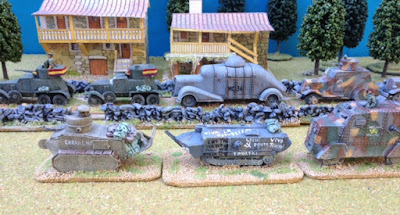 Can you imagine the noise produced? Easy to guess why Dos Casas is deserted...
Posted by João Pedro Peixoto at 07:40