Another quick post of lately done models. These are all american stuff mainly for late 1944, specially Ardennes campaign. 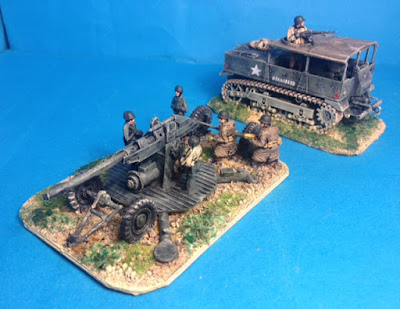 The 90mm AA gun is necessary for the Stoumont scenario of Rapid Fire!Battle of the Bulge. Once again I  prefer to scratchbuilt it as only one is necessary and it gets cheaper this way. If you want the true model you have SHQ for instance. 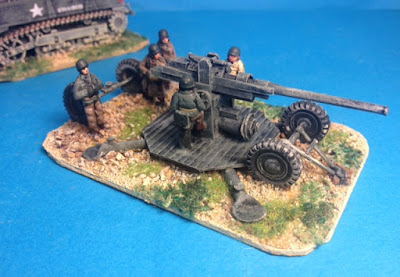 All parts are EverGreen plastics. Only the wheels come from something German I had around, maybe old 88mm wheels.  Crew is Hasegawa and Revell hard and soft plastics. The M5 vehicle tow is Hasegawa. 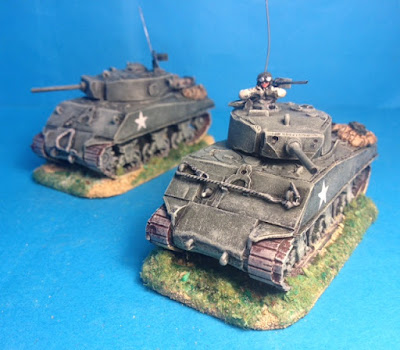 These Jumbos started as normal M4A3 from Armourfast. You have to place 1mm Evergreen around the hull and turret which becomes tricky specially in the round parts as the turret and transmission armour. The mantlet has to be sculpted and drilled from a block of EverGreen. Crewman from Skytrex. 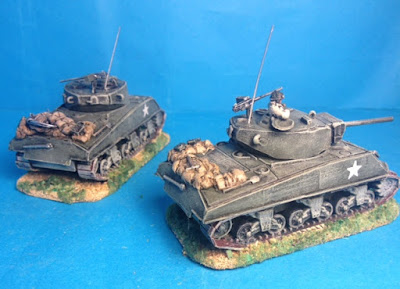 Don't forget pegs in the turret and the extra cover of the power unit and exhaust pipes. Also add 1mm plastic plate around the tracks as they had them larger than normal Shermans M4A3. Do the same above tracks between main side hull and track section. Finally in all parts were things didn't went particularly well place plenty of stowage as americans did. Jumbos had a lot of work locally close to the front and that is why its parts look rough and ill finished but hey that is good news for model converters! 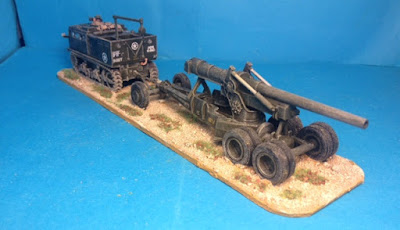 Nothing special here. Altaya Long Tom with tow.  Probably ready to be ambushed by Peiper's column or something like that. 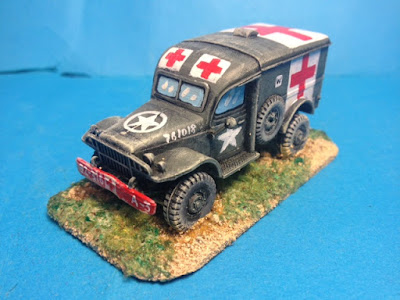 The Dodge ambulance from Academy to be used as HQ of the 106th ID. Straight from the box with painted markings. 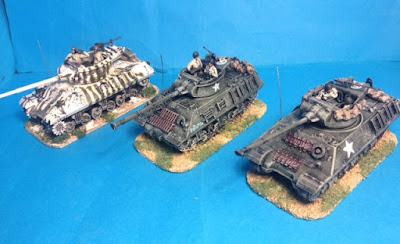 Some US heavy-weights champions. M36 TD from Altaya (camouflaged) and two Fujimi models. One of them (to the right) has a hull from an Armourfast Achilles after the original one was destroyed by Kit, an envious Cocker Spaniel that ruled the house before my beautiful Sula arrived. There is a slight difference of scale in Fujimi's 1/76th turret and Armourfast 1/72nd scale hull but it's barely noticeable. 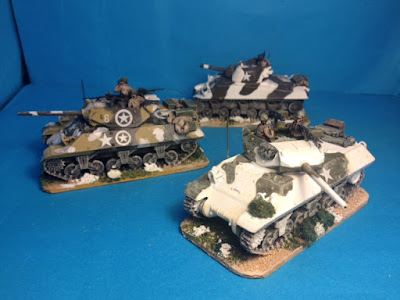 Lastly two M10 TD and one Sherman 105mm, The M10 to the left is factory painted for Tunisia but with some blotches of white paint it becomes usable for the Bulge. All models are Altaya with Irregular Miniatures crews from the WWII US artillery set of Really Useful Crews.

Next: the beggining of my 1944 US armored division.

Posted by João Pedro Peixoto at 10:04