Just some quick posts to show you some models made in between SCW; AWI and other 'W's'. As I didn't want to interrupt your reading of these previous series here they come now.
These two guns represent the battery of AA Schneider 75/36(f) used by the Germans to counter the 'Charge of the Paras' in scenario 4 of Rapid Fire! Market Garden's book. Colin doesn't mention these guns probably because they were on the other side of the Rhine inside a complex of brickworks and not only their representation would enlarge too much the table as would made the wargame chances of victory for the British much lower as in fact happened. 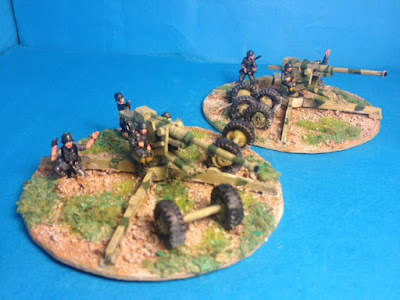 I don't know anyone who produces these models in 20mm so I used some nice museum pictures of the gun and my loyal Evergreen plastic rod and tube . 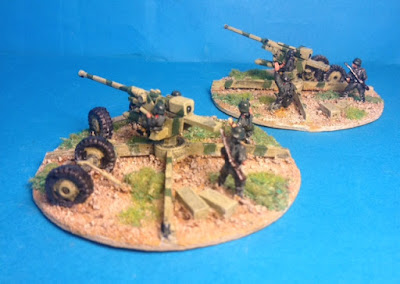 The wheels are old Atlantic taken from its artillery set. The figures are metal IM, and various soft and hard plastics. 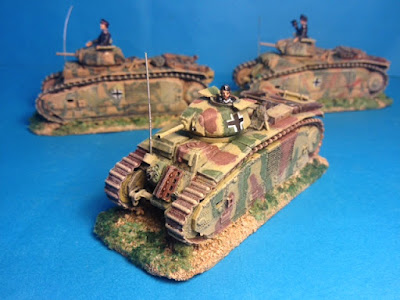 These Renault B1 flame-thrower tanks are conversions from the Matchbox models. I decided to convert them as the real things of Pz Company 224 lurking Oosterbeek woods (with the addition of a third one to give them a few more chances against PİAT, 6 and 17pdr's!... well in fact I was just having pleasure buiding them this way). 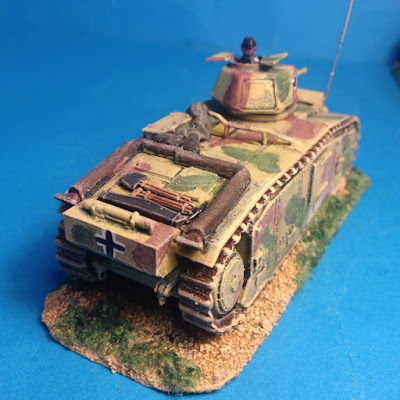 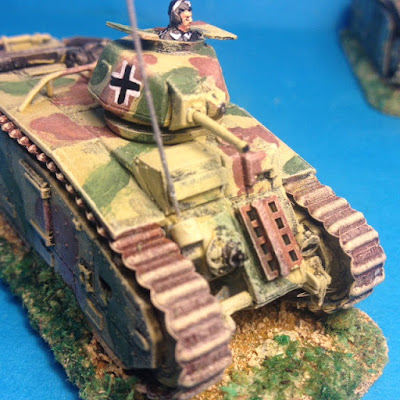 2- Cut off the top of the turret and make a 'German' one.
3- Build in the front hull another observation box with slit very similar to the original one on the left side.
4- Move sligthly the antennae to the front
5- And build a mantlet (I used GreenStuff) for the protudering small tip of the flame-thrower.

Don't forget a German figure and here you have them.

For more on Market Garden you can see my houses here:

All other units, specially Germans, will be presented in a series I'll call 'Areas' as its models can be used for many 1944 campaigns.

Posted by João Pedro Peixoto at 04:27