The 9T452 is the Transporter-loader of 220-mm multiple rocket launching system for the BM-27 «Uragan». It saw service in Georgia War of 2008, Yemen and recently in Syria.
Armada Hobbies makes a very good one in resin. But, as a kit and watching its images in the internet, it must be really complicated to build. Besides its very expensive, around 50-60 euros each.
Some months ago I followed my megalomanic tendencies and bought 12 Die-cast BM-27 Uragan from Fabbri. Each cost around 5 euros and are really good. Ended up looking at them and having the usual thought of  'what the hell am I going to do with all of them? '.
After reading about these machines I realized that the truck is the basis of the Frog Missile system and I made three of them for the Iraqis. Other six are half painted unchanged Uragans for the Russians and the last three are these Transporter-loaders. 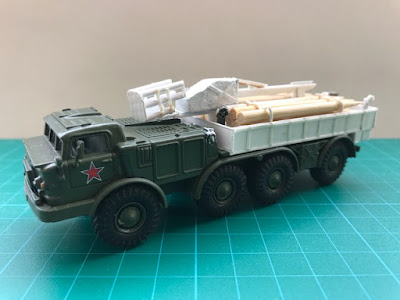 First you have to take out the full load of the missile system of the Uragan and make a flat bed for a box made out of Evergreen. 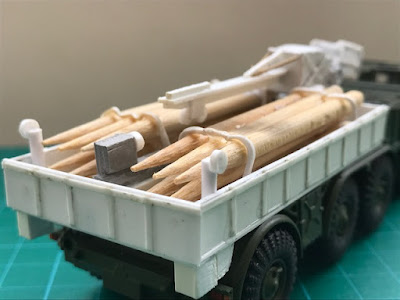 After looking for many solutions on how to produce 48 quick missiles I ended by choosing barbecue sticks. After priming they will look much better, believe me, and these models will no long look like log carriers! 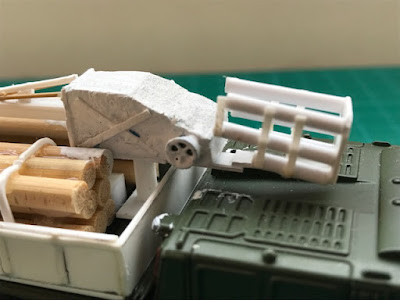 Then plenty of details were added in Evergreen plastics. The only non-Evergreen detail is the central box with the big 'X' which is made of a piece of Roofmate carved to shape and painted with acrylics not to be corroded by the agressive spray primer. 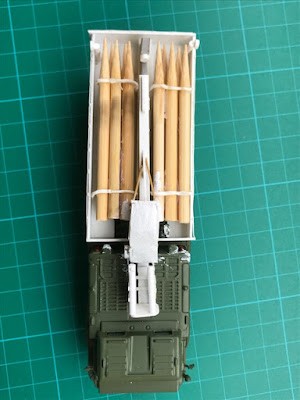 This is a truly fun to build model and you can count with some nice reference photos in the internet and even with a nice video of the procedures of charging the missiles of the Uragans from these 9T452's. 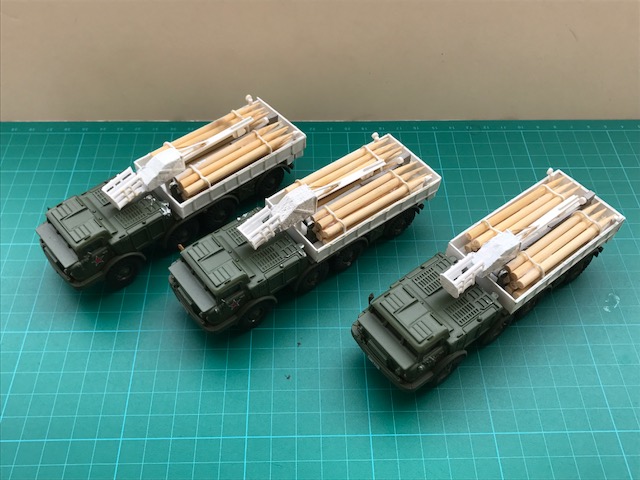 Next I'll show you these three together with the parent Uragans everything painted. If not, something else for sure, may be even my first middle eastern houses.

Posted by João Pedro Peixoto at 05:56