The majority of the US Marines used the AAVP-7A1 as transport during the Gulf War of 1990-91 (the other vehicle was the LAV-25 of the Light Armoured Infantry Battalions) up to the Iraq invasion of 2003. Like the Saudis I've showed you in the last post the Marines were some of the first Coalition forces blooded in the Battle of Khafji.

As each of these machines carried up to 25 troops I think two per battalion of Marines in RF! rules are enough,  making these six vehicles capable of transporting three Assault Amphibian Battalions. 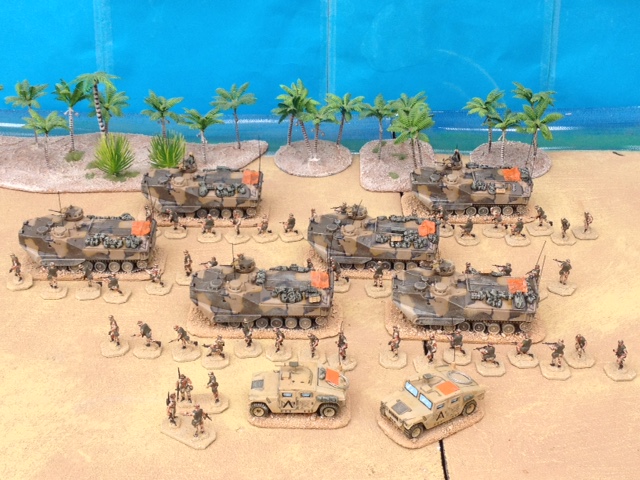 All the AAVP-7A1 are Altaya Die-Cast, the  Humvee's with the TOW-1 are Chinese Die-Casts bought in supermarkets. The infantry are ESCI. 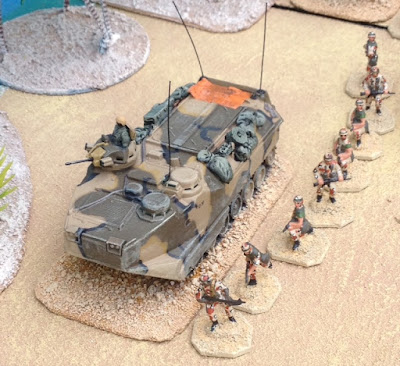 Regarding the AAVP-7A1, besides some dust dry-brushing, I only added the crew member, antennae, the air recognition orange pannel used during this war by the coalition forces and plenty of stowage. I left the camouflage as it was as the Altaya model already represents a vehicle of the 1st USMC division. 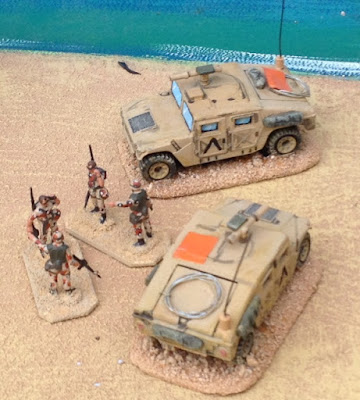 The Humvee's were repainted sand a few details added like antennae and stowage. 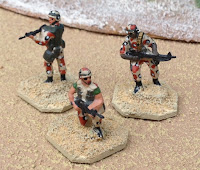 The ESCI figures were produced in 1987 close to the Gulf War  and they fit that conflict very well. All main weapons are there: the M-16 rifle, the M-60 LMG and the Dragon AT weapon. A few are still missing like the sniper rifle, the Stinger AA or the several mortars used but I will show some conversions of these ones in the future.

Posted by João Pedro Peixoto at 03:58