The battle of Khafji in February 1991, caught the world's attention as no one really knew how the attacking Iraqis would perform. The same is true about the Arab coalition forces.

The Royal Saudi Land Forces (RSLF) were made of armoured and mechanized brigades, some with US equipment (M60A1 and M113's) others with French equipment (AMX-30S and AMX-10P).
The idea of  building the RSLF 8th Mechanized Brigade is to have plenty of M-113 and in due time to find more 1/72nd M60's and being able to move to the more tank heavy 12th Armoured Brigade. 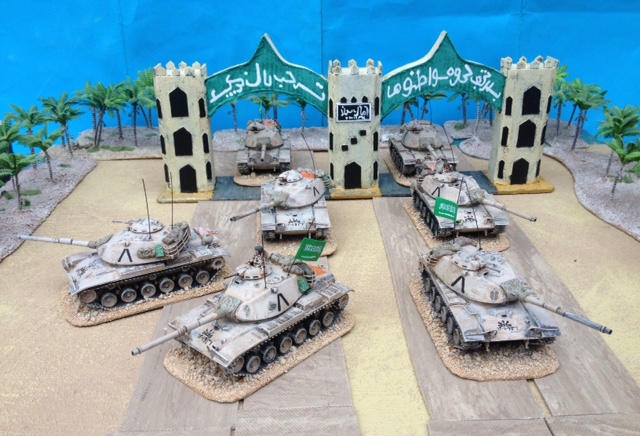 An 'American type' RSLF mechanized brigade has a tank battalion with three companies each with 2 M60A1 tanks (RF! terms) and another as Co. 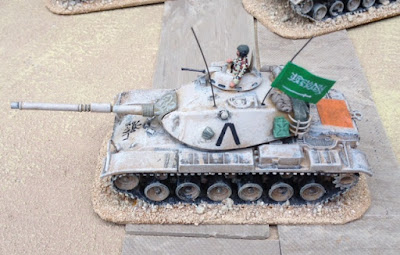 All seven models are ESCI, realtively easy to build and wıth hard plastic tracks. All allied units in the Gulf War had several  inverted black chevrons on their vehicles for easy recognition on the ground and orange pannels for aerial recognition. 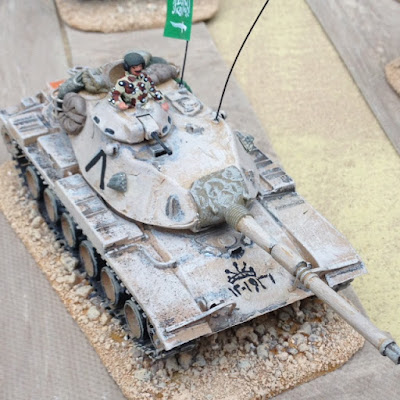 I used Skytrex metal figures to crew these models and the usual homemade stowage and antennae. 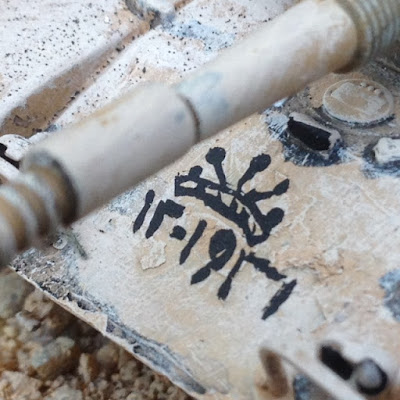 I painted this symbol on all M60's. It must be a battalion or brigade symbol, either way the M60's became quite 'Saudi' like this. 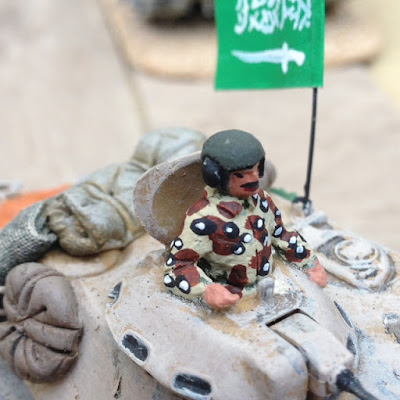 The Saudis have plenty of different desert camouflaged uniforms. This one looks much the same as the contemporaneous American desert DPM. 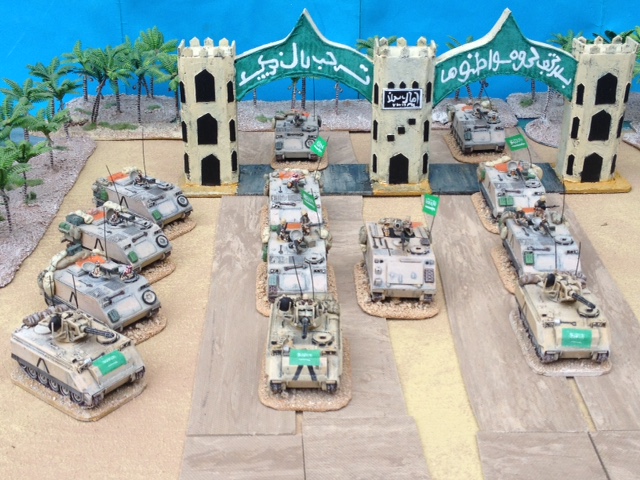 As soon as the tanks move to the brawl  the lighter mechanized battalions arrives. Their 'workhorse' is the M113. All APC's are ESCI, the Vulcans are Altaya and the TOW1 conversion is based on the poor (I think) Eastern Express M113 model. 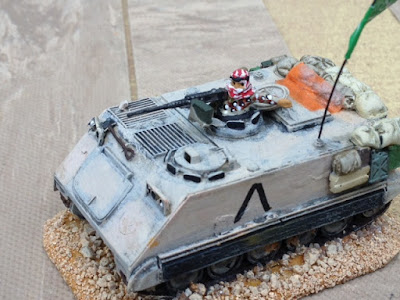 Some of the crew members got a paper Kefiah. Its easy to do this headdress: you dip thin paper in PVA glue, wait a few minutes and then you can model the Kefiah with a toothpick in a barehead. 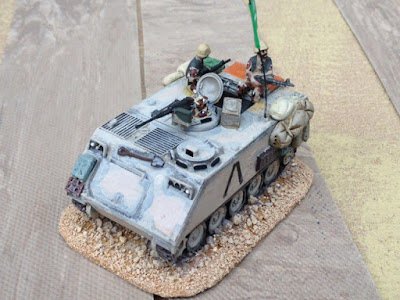 Other crew members are made of ESCI Vietnam Marine torsos with seated legs of all possible proveniences. 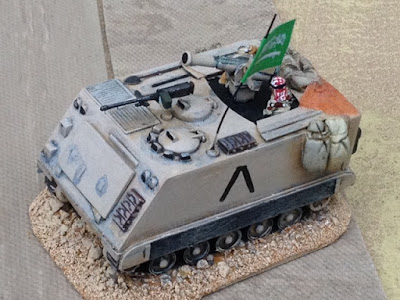 The M113 from Eastern Express is much taller than the much nicer model from ESCI. So I decided to convert it to a  TOW1 launcher by scratchbuilding in Evergreen the TOW and openings. 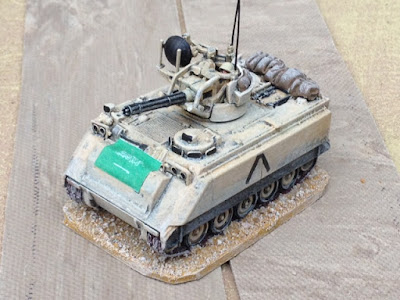 The Altaya M163 Vulcans were just primed and sand painted after placing the crew and the usual stowage, etc. The flags are downsized Saudi flags from the internet. 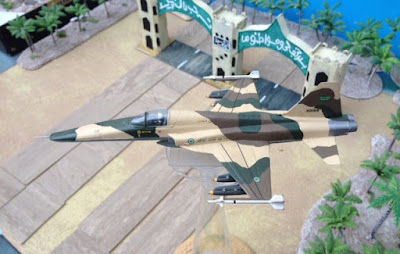 Until now my Saudis only have a Northrop F-5E Tiger II as air support. The model is Airfix. On the cue are F-15's and Tornado's in their striking camouflage. 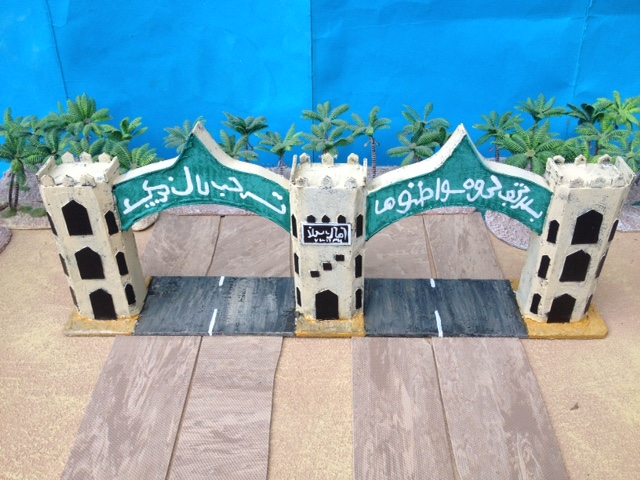 The famous Khafji arch was made with RoofMate and all openings and remparts are in thick card.

Next: wether more Gulf stuff or a return to the 1940 BEF.

Posted by João Pedro Peixoto at 11:01