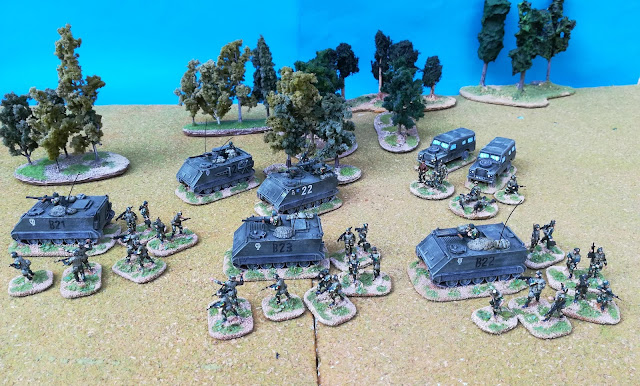 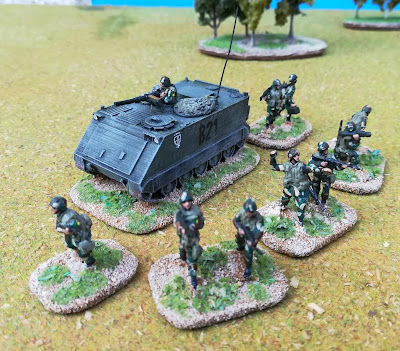 For RF! each infantry company has 9 figures and an M-113. 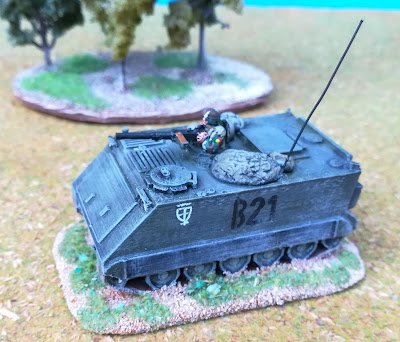 All M-113 models are 3d prints from Butlers Printed Models. I used a torso of an ESCI modern US figure and made the arms with GW GreenStuff for the Browning firer. 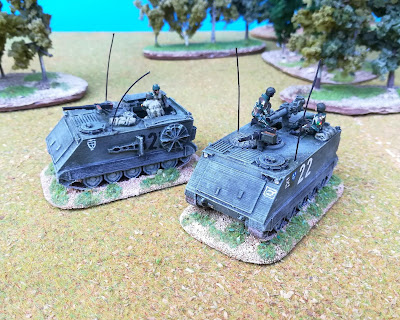 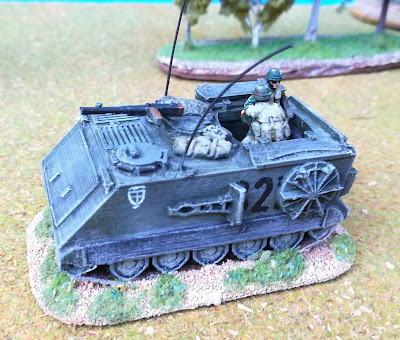 The crew of the M-106 are again ESCI figures with new arms to fit their new misson. 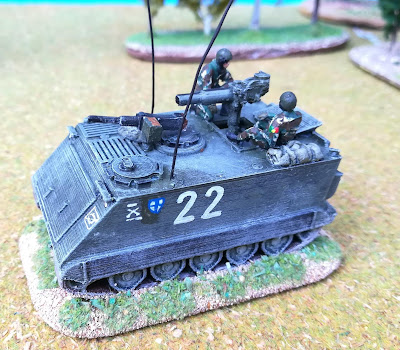 For the M-150 I added crew from the Preiser set of modern US tankmen as they use the tankers helmet and not the infantry helmet. 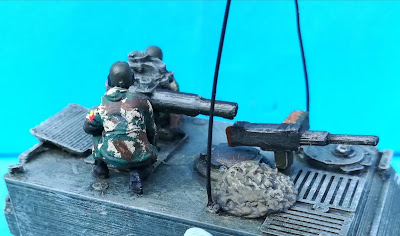 The blob of GreenStuff you see on top of each M-113 is the camouflage net. 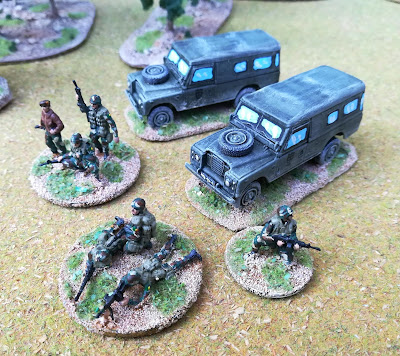 The Command company is still waiting for their M-557 that BPM is kindly designing and two Land Rover 110 from Cararama have to do for the moment. Later on these two will pass to more administrative issues.

Back to the figures you have in this company from L to R a stand with a LAW firer made of the old ESCI figure firing the M-47 Dragon. Still in the same stand is another ESCI figure from the German modern group with a new 'Fritz' US helmet. I converted a number of them as they are carrying true German G3 used by the Portuguese army. On the second stand you have another ESCI modern German carrying the MG42 (still in use here but the most common would have been the HK21) again with new head. The ammo bearer also has a nex box on its right hand and the rifle was placed on its back.  Other stands are a mixture of Revell US with ESCI US and ESCI NATO figures all having their M-16 rifles with cut-off  handlers to look like G3. On each left shoulder there is a small Portuguese flag sometimes not visible due to the camouflage pattern of the uniform. 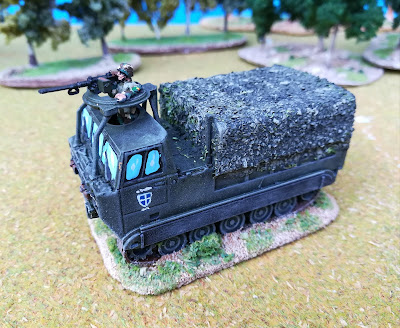 I also repainted this Altaya M-548 for the SP artillery to be built.  I used again a ESCI figure with new arms and the Browning came from the Revell WWII US infantry set. The camouflage net was made of NOCH Birch leaves dipped on a thick coat of PVA glue that was painted after drying. I already used this trick for my latest batch of Churchill Tanks. 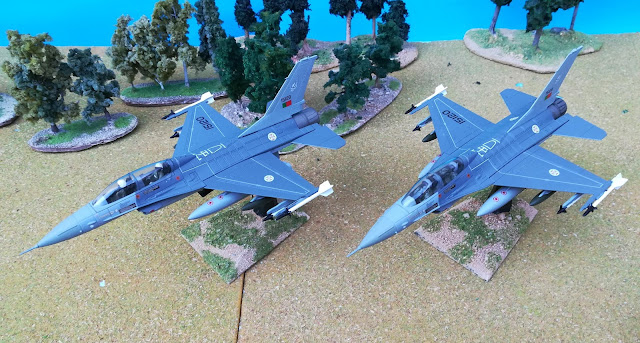 Finally two F-16 from Altaya in true Portuguese colours were added. Here Altaya distributed all main aircraft used by the Portuguese airforce - F-16, A7 Corsair, Alphajet, etc in national colours.  Only the crew wasn't there before and they are made of GreenStuff, so no two alike.

Next: probably the two missing companies of Leopard A2A6 for the BrigMec or maybe some M-109s or even a M-88 recovery vehicle I am inventing.

Posted by João Pedro Peixoto at 08:25