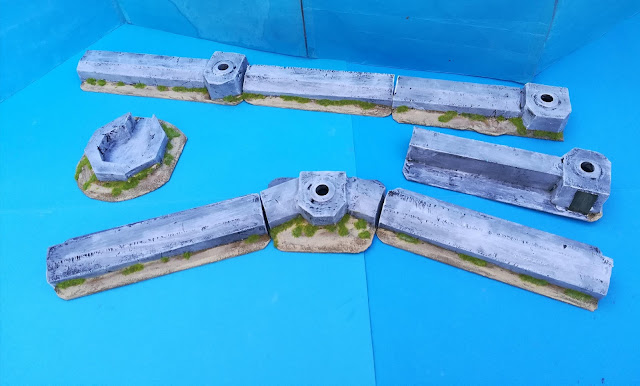 The Seawall for Sword  Beach is already finished. Everything is made out of blue board. I textured the beach side with sand and the interior side with paint to look like concrete. All Tobruks have a rear door as you can see on the middle right model. On the left another open emplacement for the 50mm guns is made again in blue board. 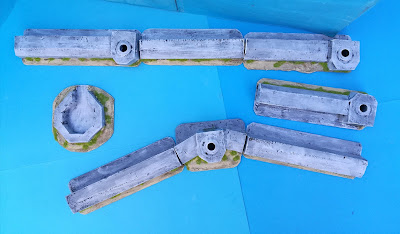 With a total of 1,20 meters of seawall I hope to have enough for all three British Beaches. According to the RF! D-Day supplement this amount of seawall looks enough but there was plenty more in other places as Colin was probably worried with playability of the scenarios. Probably the same reason for not including anti-tank ditches on the maps in spite of them being shown in the pictures of the book. 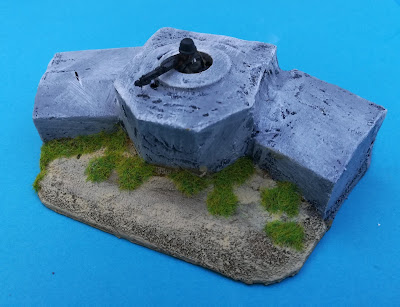 I used some plastic circles from the DIY shop for the Mg holes. 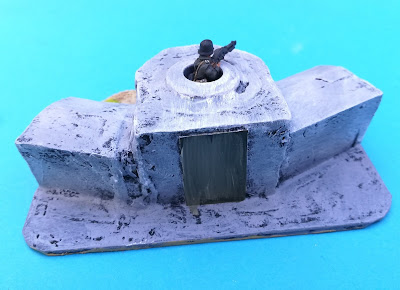 German side view with a Britannia figure.

Posted by João Pedro Peixoto at 14:41