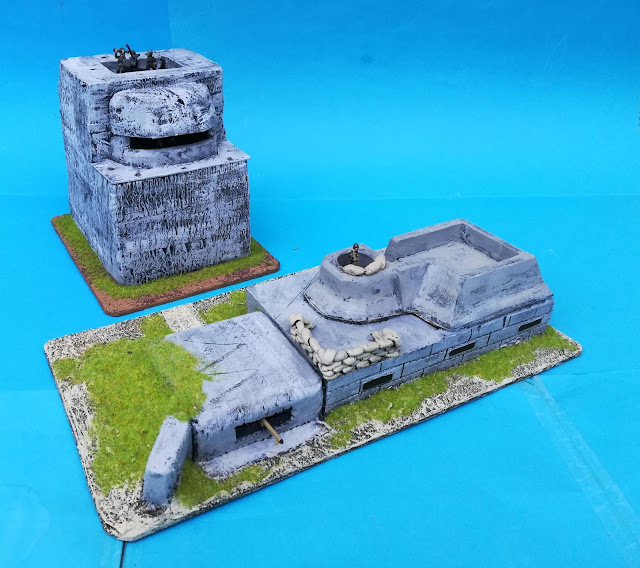 For the WN18 I already finished the observation tower and the Casino strongpoint. The true casino was levelled by the Germans and this building was built on top of it dominating a good part of the beach. The only place were I found some proper information was in 'D-Day Then and now ' books.

The first layer of the strongpoint is hard styrofoam which includes the barrel of the casemated 75mm French gun.

The second layer is a resin model of the standard AA type bunker from an unknown manufacturer. 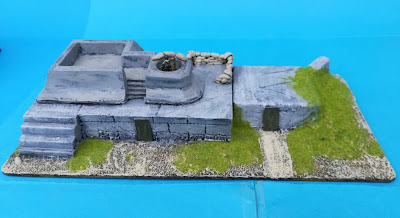 Maybe I make a full WN18 in the future the problem being that this one will be pretty large and not easy to store. 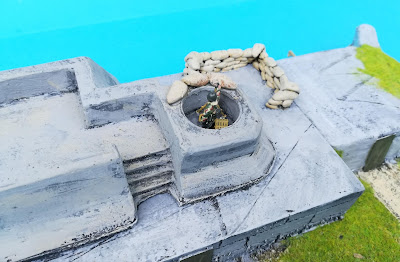 In the mortar Tobruk there is an Italeri 81mm mortar. The sandbagged position can be useful for an extra Mg but doesn't make part of the original. 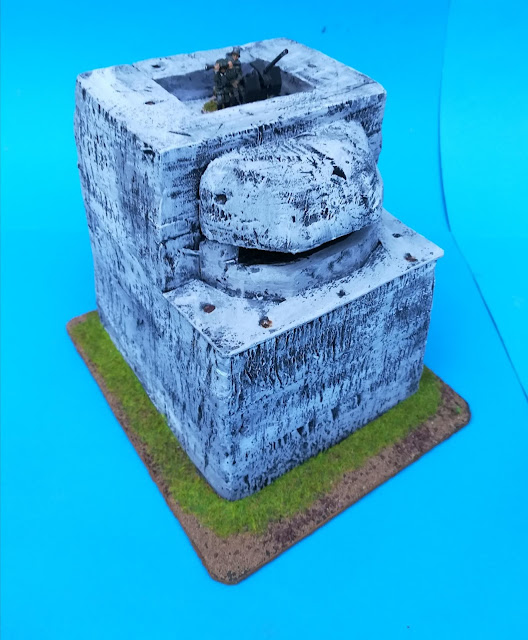 The observation tower became a bit crude in the end of painting and I could have added some more details. Maybe I'll do it when WN18 is made as a whole piece. 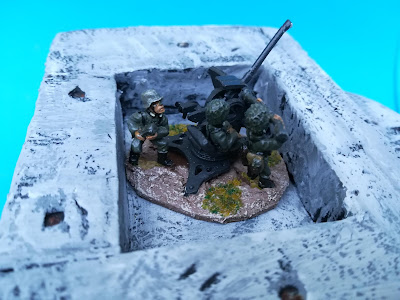 The Britannia 20mm Flak gun was added to the roof. 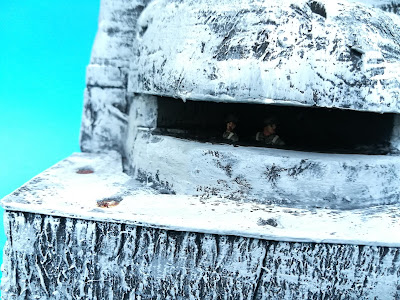 Two torsos of German figures were added for a "Sie Kommen" effect. 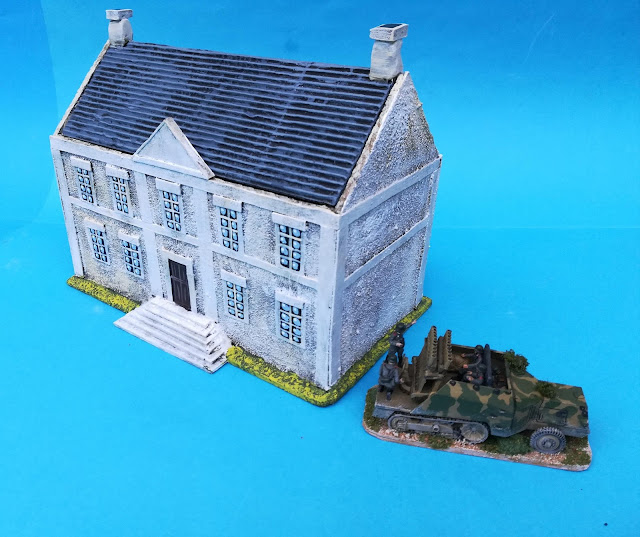 A little bit inland of Sword beach on the western sector stood a 'chateau' from which I couldn't find much information. I made this one in heavy card inspired by the one from Raventhorpe. 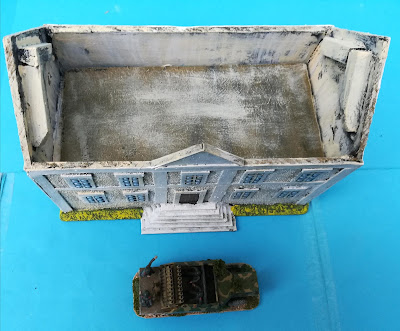 The roof can be lifted as well as the 1st floor and plenty of figures can be placed inside.

These Tobruks  are useful for several of the British beaches. Some will end by being integrated in one piece WN's. 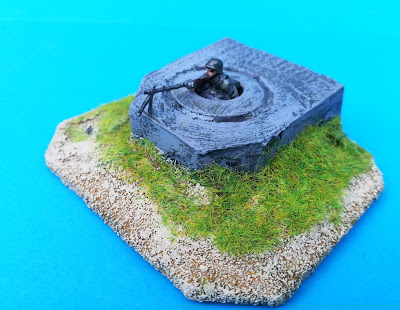 Some have Italeri machine gunners. 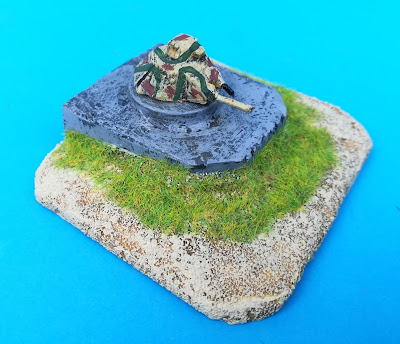 Others have French tank turrets. 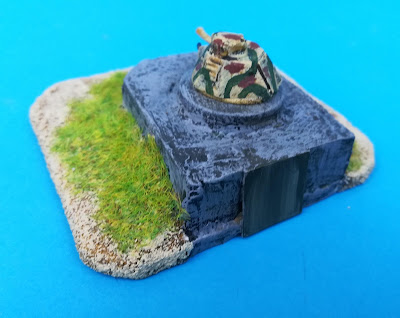 Next: probably the last battalion of the British 6th Tank Brigade.

Posted by João Pedro Peixoto at 02:44