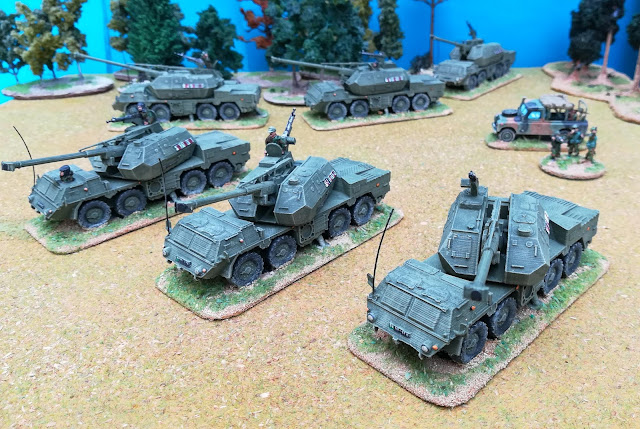 The Georgian Independent Artillery Brigade splits in two in the vicinity of Zhinvali during the invasion of South Ossetia in August 2008. 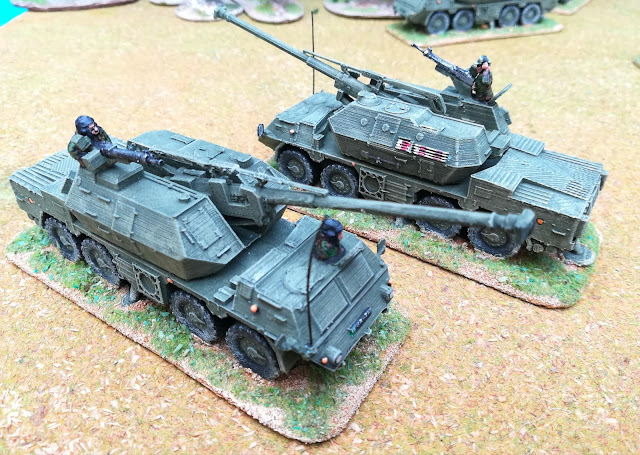 The models are the new BPM Dana SPG. BPM is making better and better models. True there is a little bit of printing lines but they are getting less visible  with each model they produce. Each takes five minutes to deal with the extra plastic printing material and one minute to glue the gun to the turret with the hull being the third separate part. 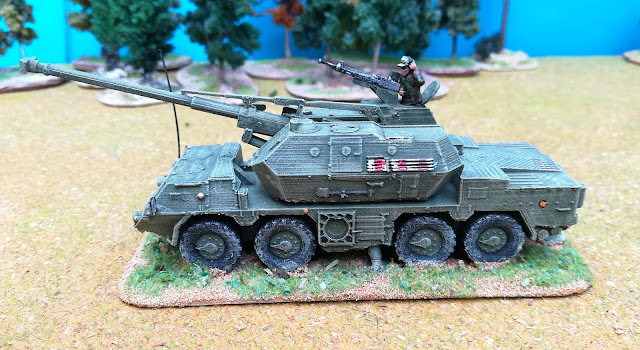 I just added the mirrors, antenna, crewmen and a Dskh also from BPM with a few extras as a longer barrel, aiming point and ammo box. 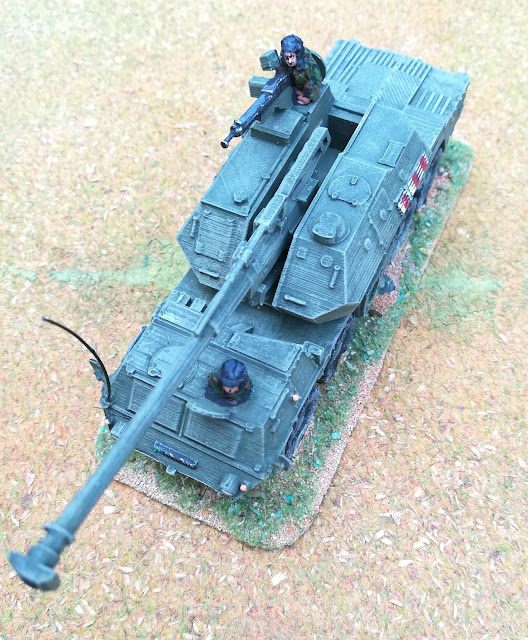 The crew is either German PSC with the cap slighly carved out or copies of Irregular Miniatures Russian WWII paratroopers.

Next: More Somua for France 1940 . Another batch arrived in 5 days. CTT is back in all its glory so praised be the lord!
Posted by João Pedro Peixoto at 11:44