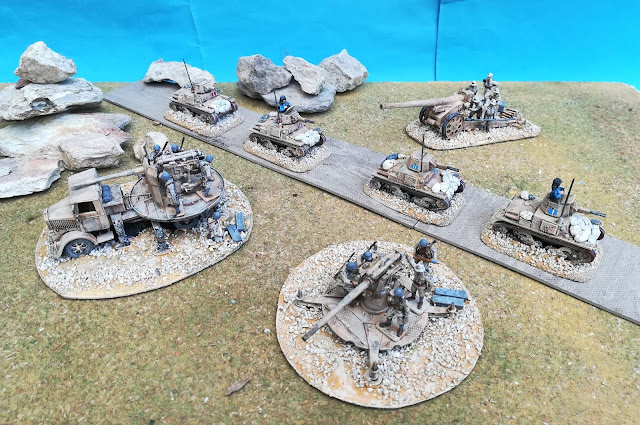 In the Egyptian-Lybian border an Italian Task Force prepares to block the British close to Ras-Al-Brexit, in an atempt to stop them leaving Europe. 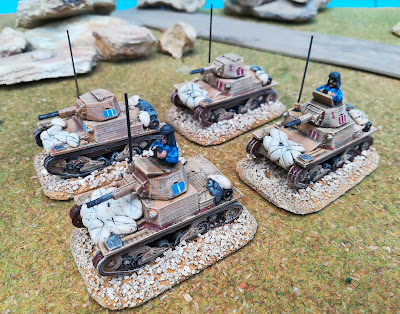 The Italian L6/40 are Minigeneral 3d prints. With a total of five parts each they are nice little tanks and I finally had the chance to build  the Lancieri di Novara that our boss Richard tells us to have for El Alamein. 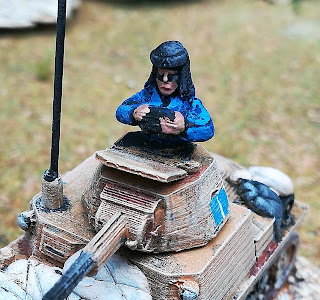 The two commander figures are in fact the German tank crew of the Esci PzIII. If you have them you must have noticed how ugly their cap was moulded: round and with a thick strip all around the head. I used a bit of paste around the neck and the Italian tank helmet shows up easily. 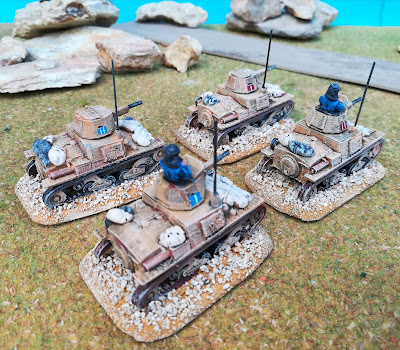 Also some usual stowage, sand bags and antennae were added and they  are done. The colour I use for the Italian vehicles is the GW Vomit Brown with a slight wash in some parts only with GW Mournfang Brown. 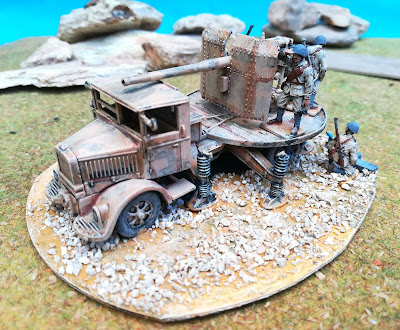 The Italian 3RO with the 90/53 gun is Italeri. Its one of the nicest plastic models of the last few years both in detail and cleverness of construction. After using some 5 crewmen you still have another 4 that will be very useful in future projects. 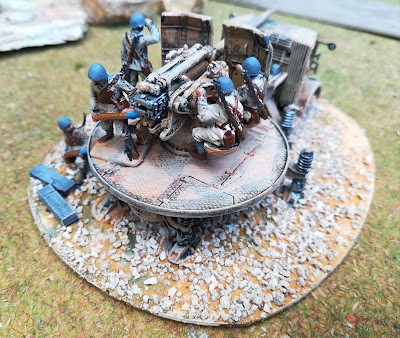 The base was cut from a CD and I only made some boxes in plywood for the 90mm shells. 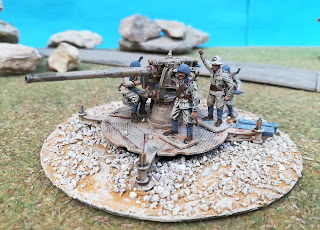 The towed 90mm gun is another nice model. The crew and gun are the same as in the SP version only the base being different. 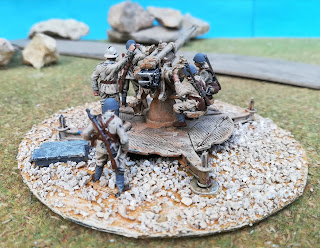 The same wood boxes were added as in the previous model. This time a full CD base was used for the model and crew to stand.

The 149/40 artillery gun is another simple but efective model with an even more beautiful crew in colonial hats. 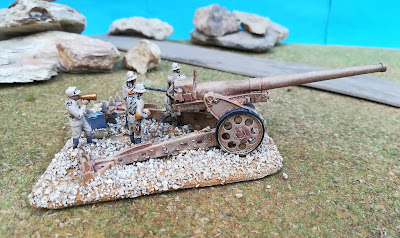 Next: Most probably more British armour for the BEF.
Posted by João Pedro Peixoto at 13:39