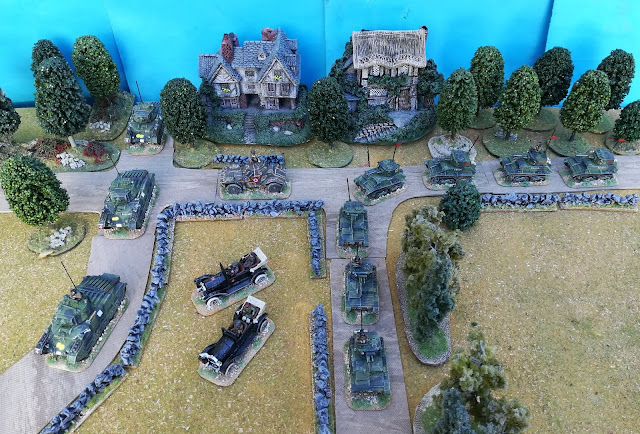 In a carrefour of Northern France, in the beautiful place of Jolie Place, a Belgian and a French General watch from the inside of their staff cars two British armoured columns. Without knowing,  the left column will break its teeth at Arras as part of the Frank Force and the one from the right will suffer a similar faith at Abbeville along its companions of the 1st AD. 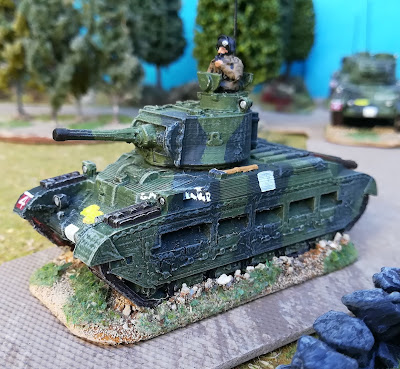 The A12's are 3d prints from MiniGeneral. They are nice renderings of the Matilda II of the BEF. 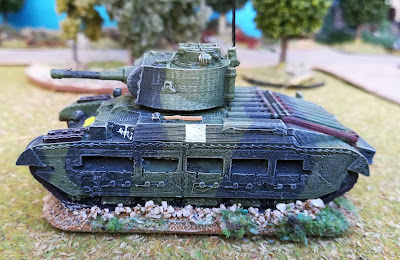 The BEF model had a raised suspension and Vickers Mg ... 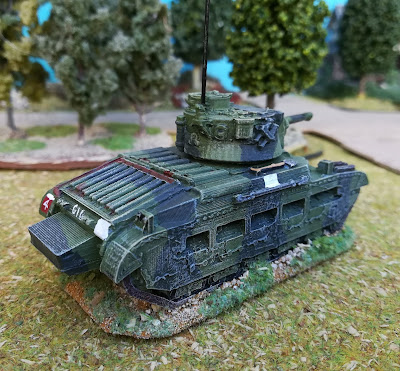 ... and an unditching tail and only one exaust pipe. 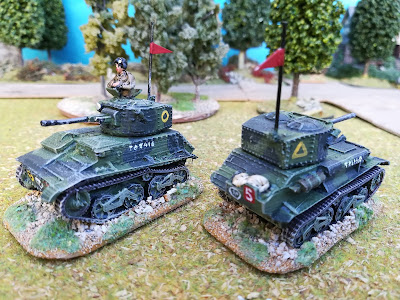 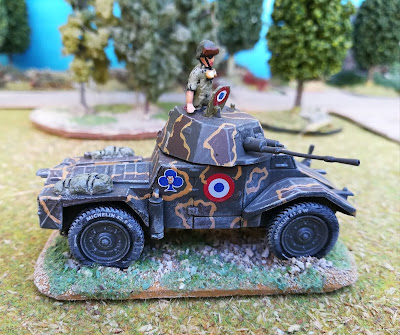 In the local flea market I found one more Altaya model, this time a Panhard 178. I changed this model's camouflage with some thin lines of sand between the green and brown original camouflage. I toyed with the figure that started its life as a Spanish tank commander of a Minairons T-26. I made a French tank helmet and goggles out of two component paste and an original figure came out. 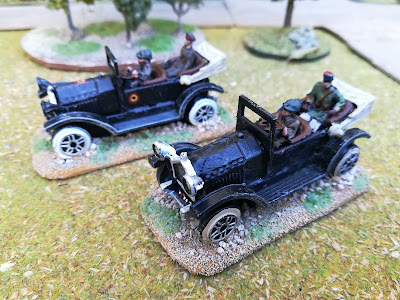 Being forced to go with the wife to the local fish market has its positive side as I found in a small toy shop inside these two die-cast cars. They are more cars from the 20' than from the 30'/40' but they were around 20mm size and reasonably detailed. I repainted them and made one the transport of a French general and the other the transport of a Belgian General.

Next: more France 1940 models or the start of my Bir Hakeim French units

Posted by João Pedro Peixoto at 15:15