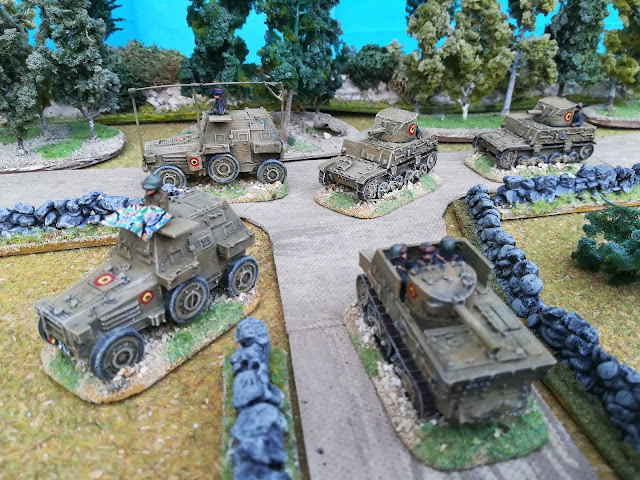 Belgian armour takes its positions in the Ardennes crossroads of Route Murée. That's all this time, I couldnt remember anything better! 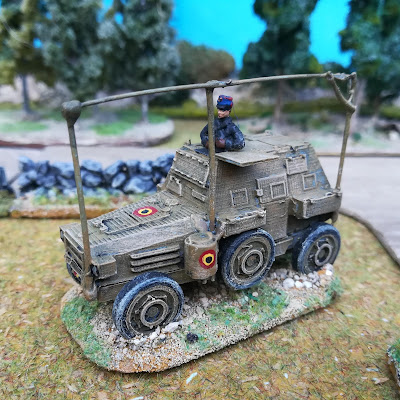 The Berliet VUDB is a French A/C  used by the Belgian Gendarmerie. The model is Minigeneral as are all in this article. 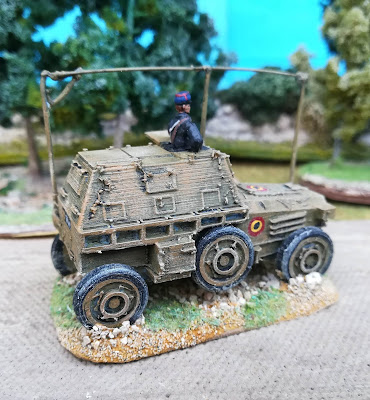 I transformed it as a command and radio model. This radio variant existed in the French Foreign Legion but I don't know  anything about this variant in the Belgian Gendarmerie. In any case I needed something for Command and Control of my Belgians and here it is. 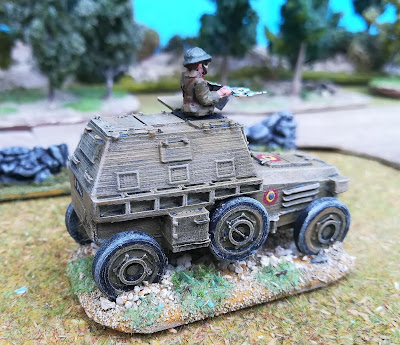 The other VUDB was made simpler with no additions, just the standard APC version. 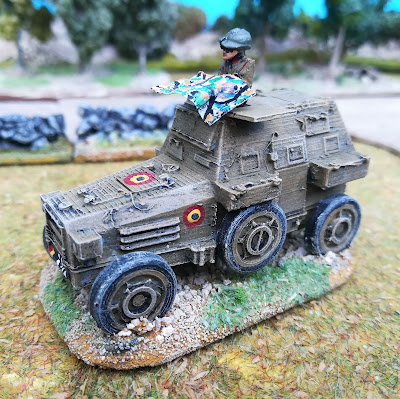 Only a figure with a map made of paper (aren't they all?) was placed for some colour. 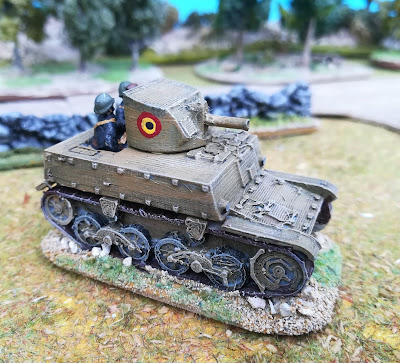 The T-13 B3 was the most successful of the Belgian tank designs. The Minigeneral model is another beauty with all detail carved into just four parts. 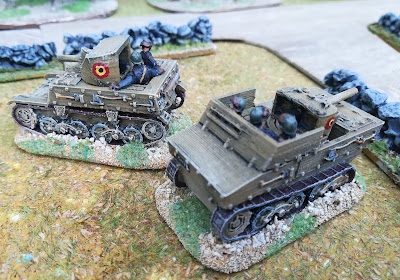 Here one of the T-13 B3 has the company of its older brother the B1 model. 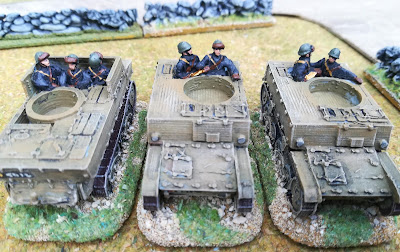 This time I placed helmets in all crew and not bonnets as in the last one that belonged to the Chasseurs Ardennais. In fact the helmet was used in all branches of the army, including the Chasseurs Ardennais, so its probably the best solution.
The figures are French Hat WWII artillery and torsos from the Esci WWII French. Most of the arms are two component paste that was also carefully aplied to the front of some helmets to make them closer to the Belgian tanker's helmet.