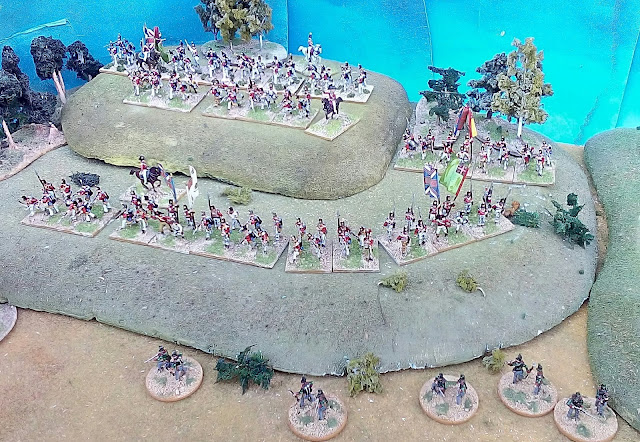 Gen. Hill's Division was not engaged during this battle and was posted on the extreme British right not far from Penacova on the Mondego river. I pass on the IP3 road almost everyday with the Bussaco ridge on my left and I'm sure I can see Hill's men on its top! 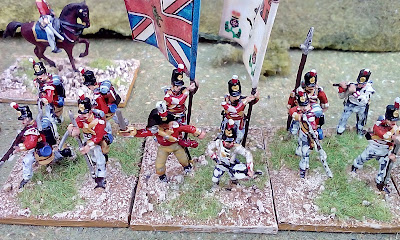 A few of the stands of the 3rd foot regiment. The figures are Hat but the standard bearers are Esci conversions from the figure using the rifle as a club. 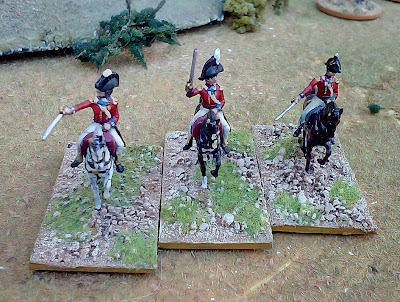 The Brigade commanders are Revell figures with new heads form StreletsR and heated arms for some variety. 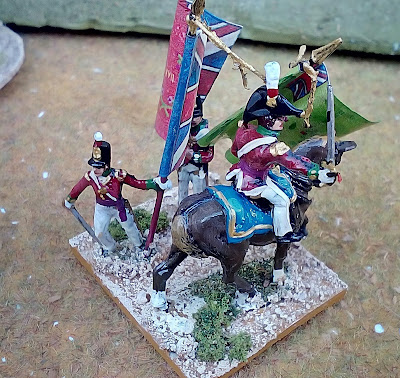 I also used one mounted horse for the 39th Foot. The figure is the Airfix Waterloo British officer with a new head and Revell Horse. The standard bearers are Esci and Revell conversions. 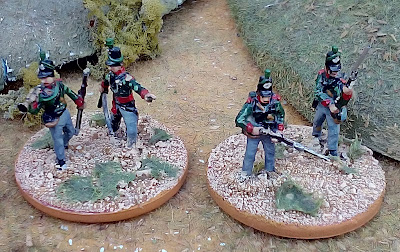 Again some more Revell figures for the 60th rifles. 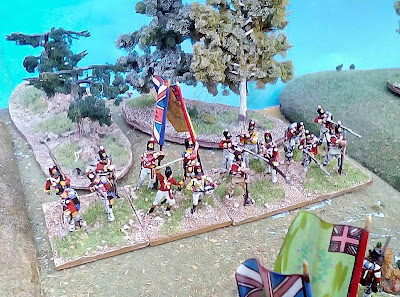 Now for Inglis Brigade with the 57th foot. Mostly Hat but with an officer that you may recognize as an Austrian figure from the Esci set of Austrian/Prussian infantry with a new head and an NCO from the Airfix Waterloo British infantry with a new stovepipe shako from Hat. 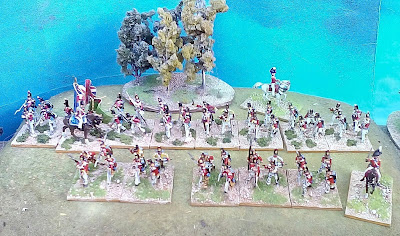 Next: Plenty of Polish AFV's and artillery for the 1939 campaign.

Posted by João Pedro Peixoto at 11:46