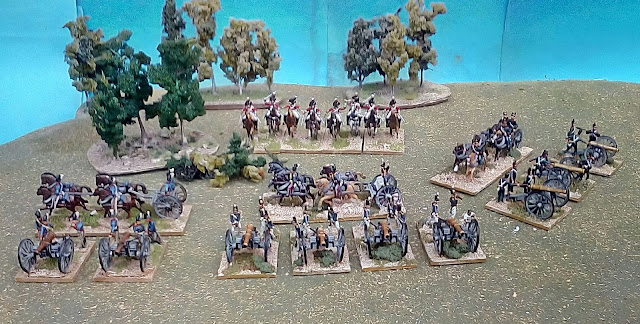 This is the last post of the Bussaco series. It concerns the Allied artillery and cavalry of the Anglo-Portuguese army. The artillery is 9 batteries that represent the 60 guns present. The cavalry represents the two squadrons of the British 4th Dragons, the only Allied cavalry close to the action. 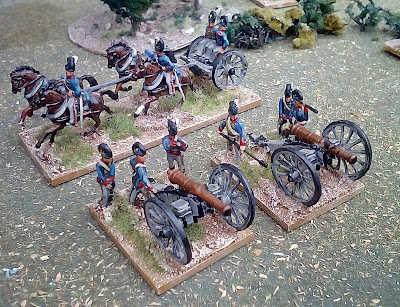 The British horse artillery is a mixture of the Esci and Airfix sets. 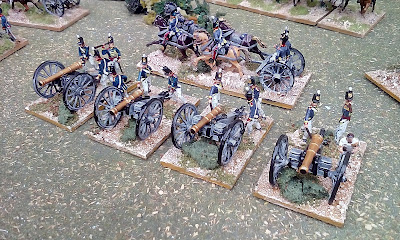 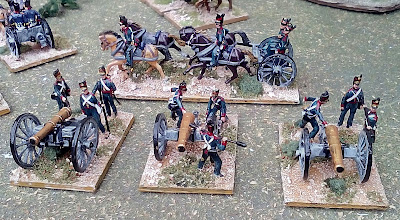 The Portuguese artillery is based on the Revell British artillery set. The limber is Airfix with drivers and passengers with infantry heads. 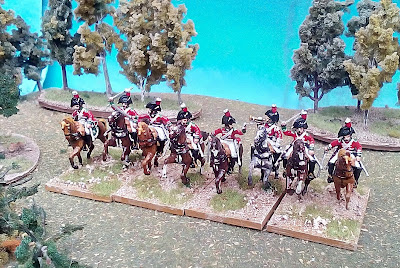 The 4th Dragoons is based on the Italeri Prussian Cuirassiers with a few cuts and a careful paint job.

Posted by João Pedro Peixoto at 11:29