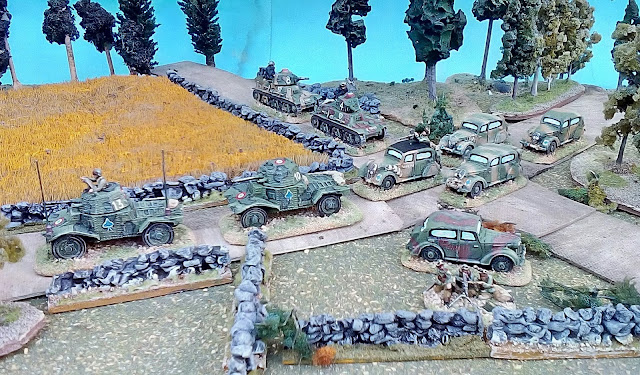 At Carrefour Jaune a group of French Cavalry vehicles gathers  to start a reconnaissance mission knowing the Boche is around. All vehicles are MiniGeneral 3d prints that have been rocking the world of wargaming and also upsetting a few that considers this hobby as their own cottage. 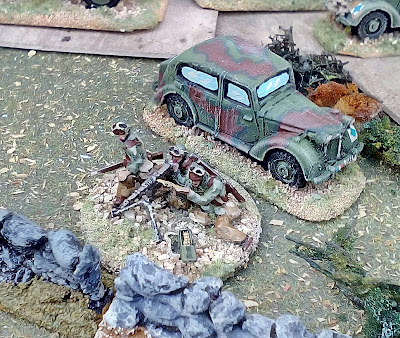 This MMG Hotchkiss team is Pegasus and Hat. The car is a converted Austin 10 that turned a requisitioned Renault Primaquatre. 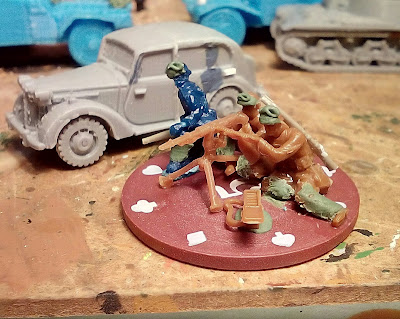 The Pegasus and Hat figures had GreenStuff added to the trousers and helmet. The goggles were modelled with a toothpick. 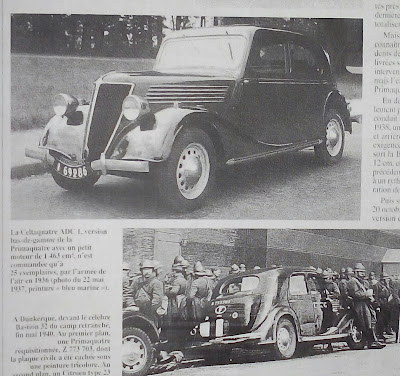 The Renault Primaquatre bears a close resemblance to the Austin 10.  The only few changes was the elimination of the rear window and the repositioning  of the rear door lock. 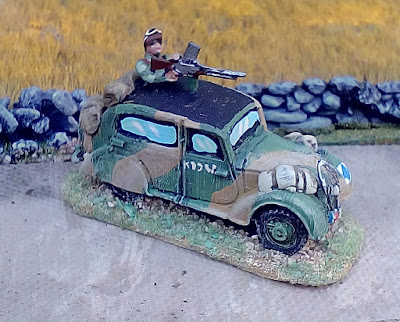 All other four Austin 10 were converted to Peugeot 202. These voiturettes were used also by the Cavalry in many roles. Here they replace four of the motos with side-car of the Dragons Portés (the Simca Cinq would be the best option but these are a reasonable match). In the pictures  above the open roof top is just painted and the achievement is not my best. They had the front lights carved out, the front and rooftop rounded by sanding and the rear wheels covered to look as close as possible to the Peugeot 202 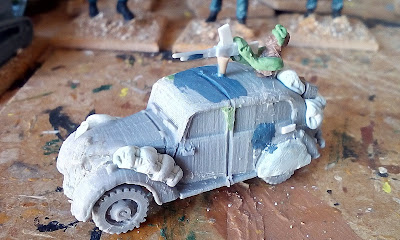 This one has an FM29 LMG and a motorcyclist as firer. It ended  something like the Tintim cartoons... 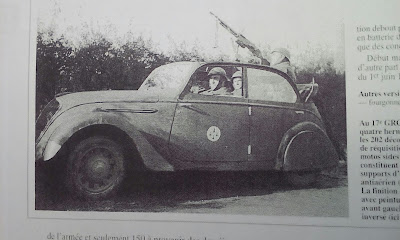 This is the original photo that also convinced me to use the Peugeot 202 for the DLM motorcyclists, even if this particular vehicle belongs to a guiding company, the 821e compagnie routiére. 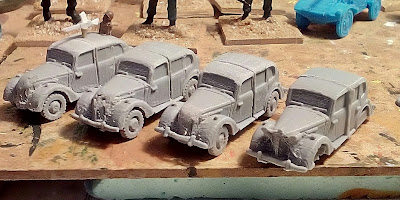 To the left you have some of the Peugeot 202 middle way conversions. The one to the right shows the unaltered front for the Renault Primaquatre.

The  original trunk was desguised with stowage. 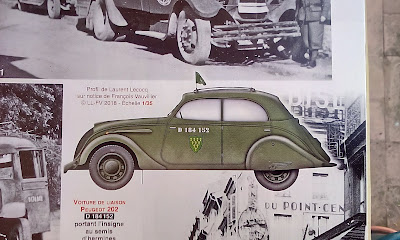 Regarding the camouflage of the Peugeot 202 I found these in the GBM magazine. 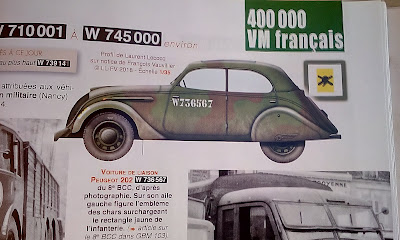 I opted for this one but in ochre. 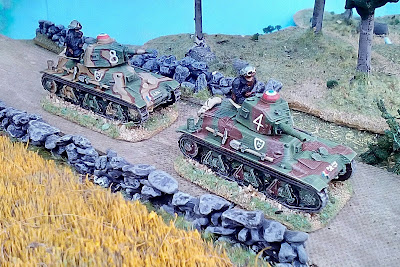 These two H35 with long 37mm complete the six necessary for the full DLM (two in each of the three Battalions of Dragons Portés). One more type of vehicle complete in numbers. 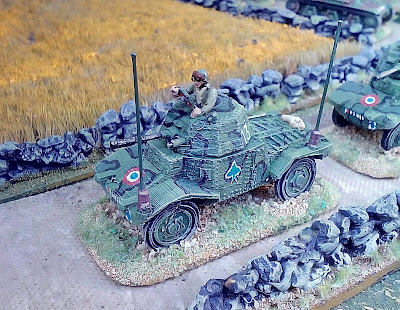 Lastly two more Panhard 178. Still two to go for a total of eight necessary for a GRD. 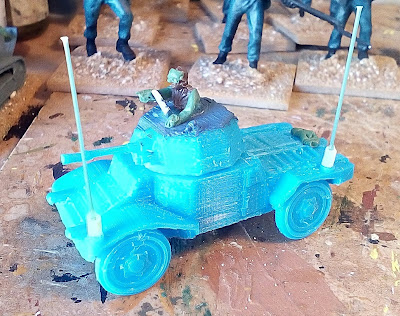 One of them became a command vehicle with a little help from styrene and a converted Esci WW2 torso with arms and details in GreenStuff.

Next: probably some DAK addtions.

Posted by João Pedro Peixoto at 10:46