Some years ago I saw in Fine Scale Modeller magazine Combat Models, an USA Vacuform small company who produced the LCI(L) in 1/72nd scale. The kits were quite nice but details and many parts had to be build by hand. Later I saw in the same magazine a fellow company who produced all the missing parts, both metal and photo-etched, for the same vacuum kits.

I opted for the cheapest solution and made those parts in Evergreen plastic. 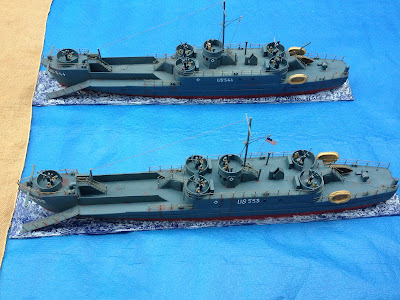 These two were used by the american army on Omaha Beach, 6th June, 1944. 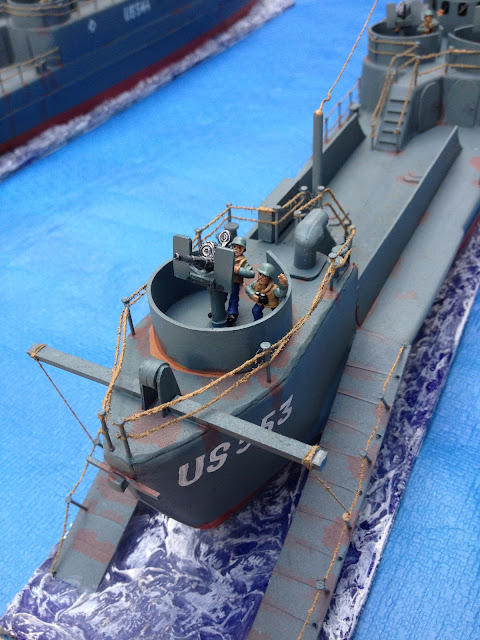 The majority of the figures are Britannia, as well as the Oerlikon 20mm cannon. 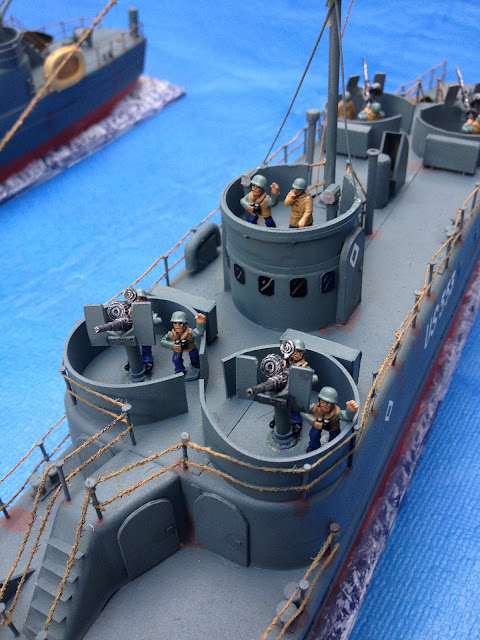 String and nails were used all over, as well Evergreen doors, steps,  windows, tubing, etc. 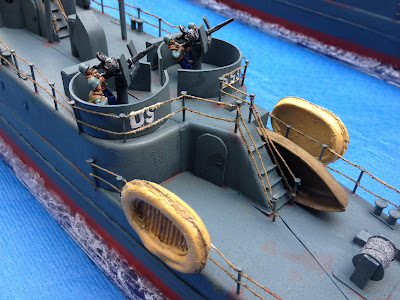 The rubber boats are resin copy casts from the Airfix boat that comes along their Marine 1/76th scale box. 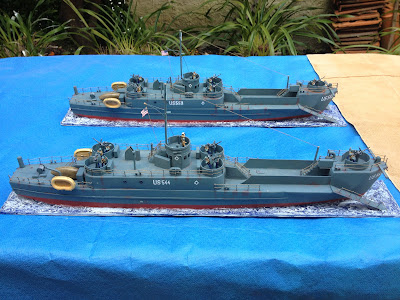 The green explosions at the back are in reality my mother´s plants... 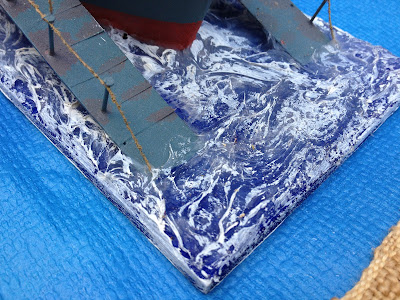 The wooden base was painted blue and transparent silicone was applyed. After drying it was drybrushed with a mixture of PVA and gloss white acrylic.
Posted by João Pedro Peixoto at 14:08