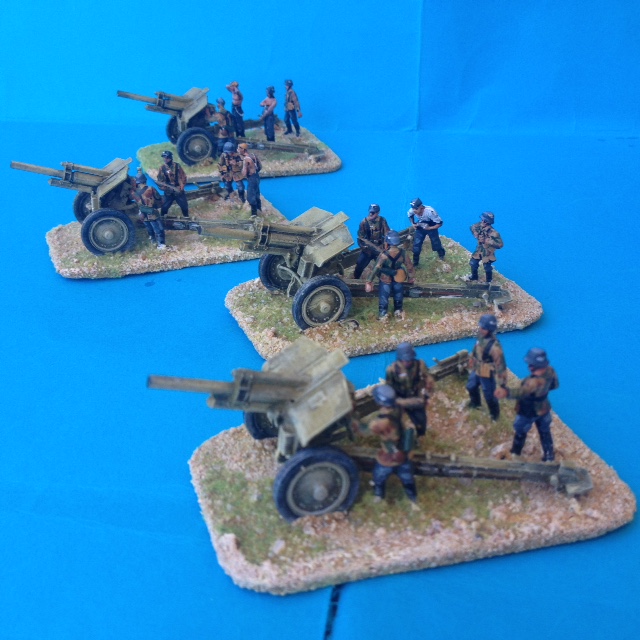 The 7th,8th and 9th batteries of the Artillerie Regiment 16 was composed of captured 122mm model 1938 Russian howitzers.

The ones I'm showing you  are just some brilliant little pieces made by Zvezda of Russia and sold in their smallest individual packs for Art of Tactic game. The detail is impressive and the very little pieces really fit to each other with no glue.

Even so superglue on all parts is advisable for a better bond.
. 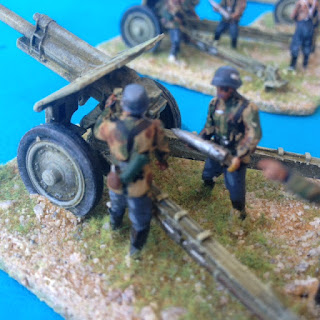 Some of the figures are the original  Russian crew (really manning the gun) transformed into Germans by removing the bulky side part of the trousers with a X-Acto knife, cutting the head and placing a German one from Preiser and gluing a gas mask container on the back. The Y straps are just paint. The alongated Russian uniform also suits the Luftwaffe smock. 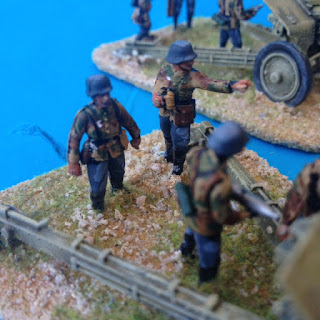 Other come from Esci, both soft and hard plastic. 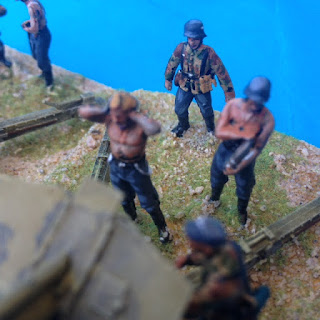 And others are the Revell German artilleryman, which stay nicely here as the other 76,2mm guns of the regiment also have these figures giving a sense of unity to the whole regiment. The SHQ figures are also present.

With the last post on limber tows and this one the artillery regiment is finito.

Let's start the 20mm AA guns and their Opel mounts, if not with something else...

Posted by João Pedro Peixoto at 08:18