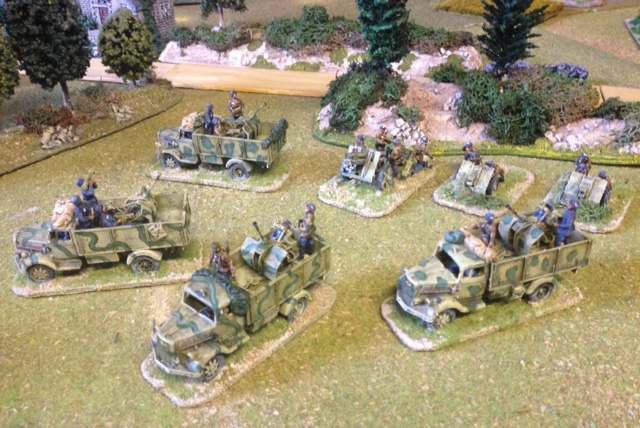 The 16.LwFD seemed not to have 88's (maybe because close by was the III Flak corps with dozens of them) and the 20mm AA gun looked to be their only security against the allied aircraft. Along the AA unit I also made the 75mm and 150 IG guns to be placed one to each Jäger regiment (gun company). 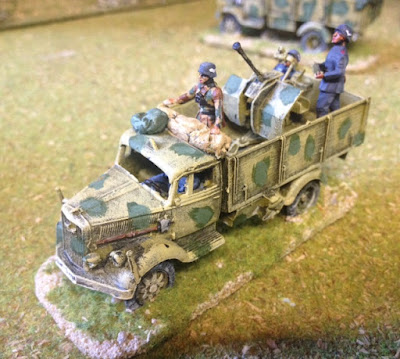 The 20mm guns are Zvezda and the Opel Blitz is Airfix. The 20mm is a fabulous piece by Zvezda. The Opel is a kit from the 70's and it couldn't be as accurate as say the more recent Esci or Pegasus. Even so when the two are combined it turns into a nice piece. 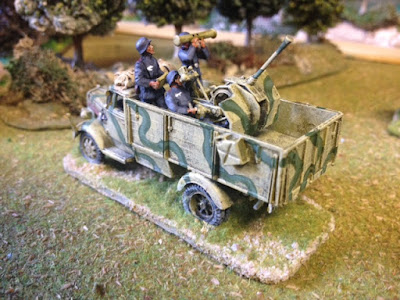 The figures are the original Airfix driver and the Zvezda artillerymen with the addition of a fourth from other hard plastic brands like Preiser or Esci. 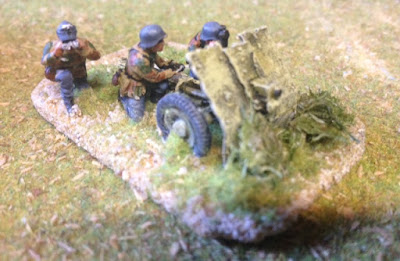 The Zvezda 75 IG and crew got the company of a third model from PSC. 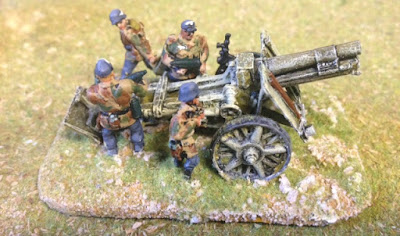 The ACE 150 IG is a small nightmare to built with very little pieces to put together and many hours spent. But in the end it portrays nicely this weapon. The crew is SHQ, converted Revell pioneers and PSC. 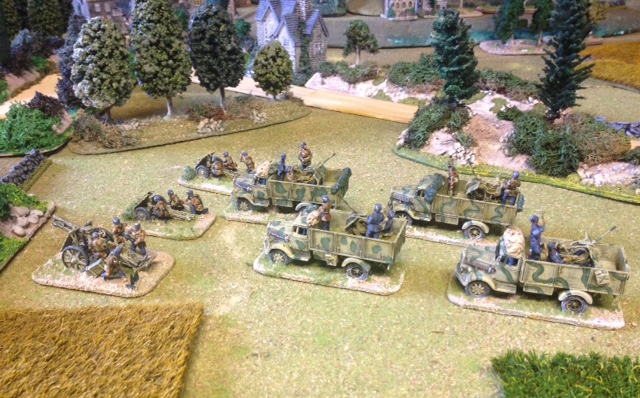 Now for the last three battalions of Jägers.

Posted by João Pedro Peixoto at 18:26