Nothing specially new on this post, just to show you some different long smocks for the Luftwaffe infantry. 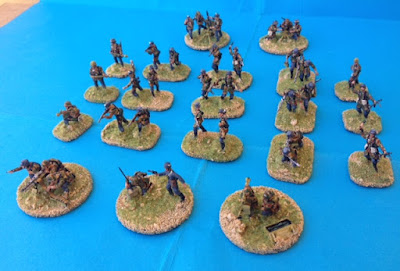 Again a mixture of every soft plastic brand and a few hard plastic from PSC. 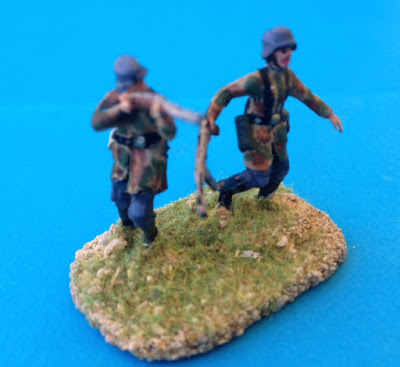 The tall Atlantic figures goes well with the equally tall Revell infantry. With a little bit of practice the  smocks become quite reasonable and make the Wehrmacht miniatures look like Luftwaffe's. 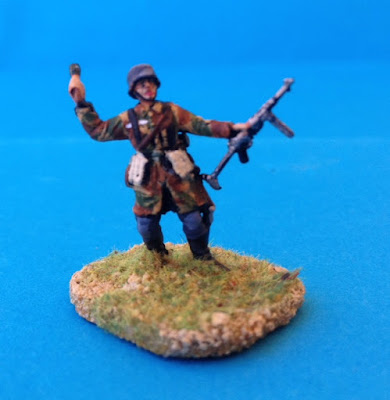 Many of the Jägers had the long boots from the beginning of the war probably because they didn't march that much while planes were still available and while they were still dreaming of becoming airmen...
This figure is from Esci and maybe 30 years after manufacturing this box of German soldiers is still hard to beat along with most of the range. 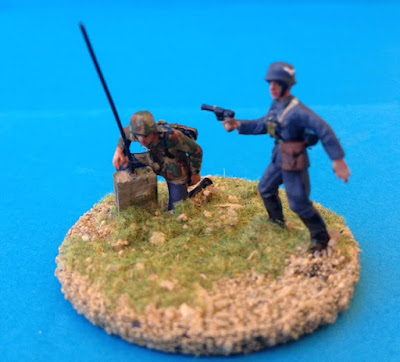 The command stand is an Esci figüre while the radioman is one of the hard plastic Airfix 75mm PAK crewman with added backpack and radio. 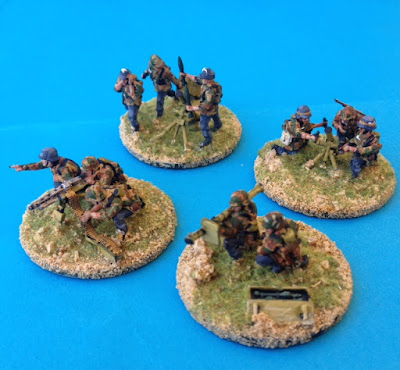 The support weapons are PSC from their heavy weapons  and PAK 38 A/T gun boxes. No long smocks here as most of the figures are kneeling and the detail is very crisp and could be ruined by the Liquid GreenStuff.

Posted by João Pedro Peixoto at 07:05