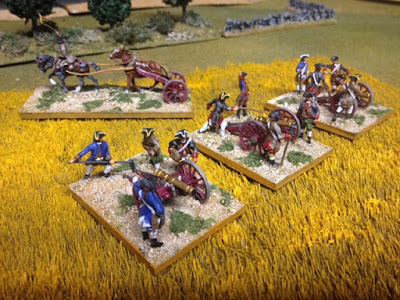 These are the  previous models already painted.

The Austrian artillerymen that I used for these guns came out nicely but they are not true AWI and somehow they look a bit too classic for that conflict. Some sleeveless or hunting shirts would also be appropriate so may be next time I'll make some conversions. 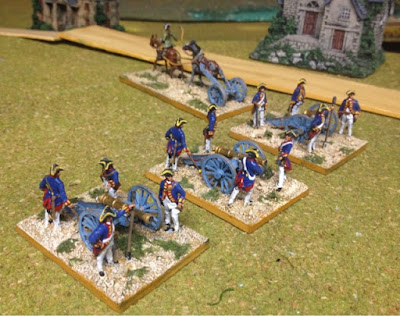 In the case of the British that is not as noticeable as they had probably a more homogenous and professional look. 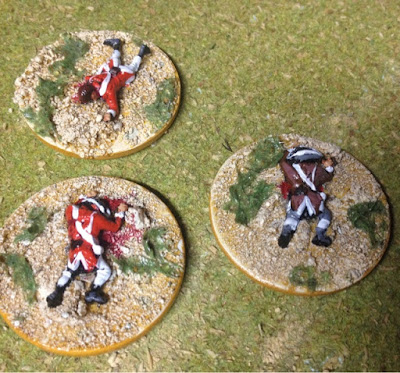 'You see dead people?'
Yes, so do I.
They are the venerable, unuseful  and piled up laying down Airfix figures used as casualty markers.

I heated all parts that could stand in the air and cut the head and glued it face to the ground. Some of the more stubborn arms were cut trying to reproduce the awful effects of artillery.

Before gluing them to the bases it`s better to have in the center of the stand  some 2/3 mm of sand/paint/glue in order to squash the figure into this mix so it can fit better. Remember these figures were firing and waiting and also alive and now they should look like real casualties.

Like this I think you can alter these figures and use them somehow. 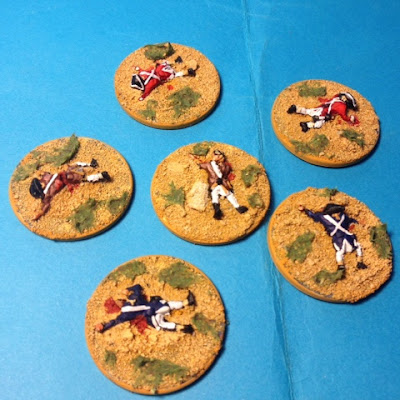 Posted by João Pedro Peixoto at 01:44