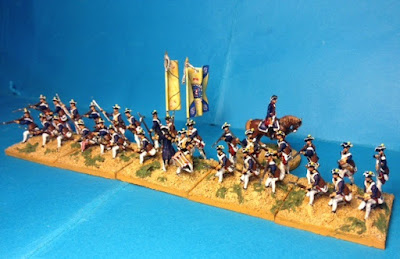 Once again a full Revell unit that fits nicely into the Hessians that fought for England in the AWI. 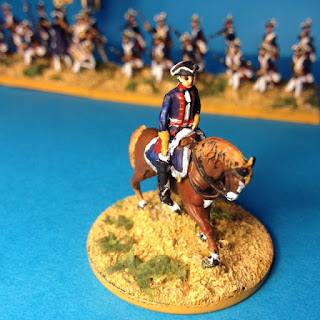 Brigade commander Von Stirn. Apparently he was around 60 YO by 1777 and probably not as a handsome figure like this one from Revell and probably a bit more on the 'round' shape. 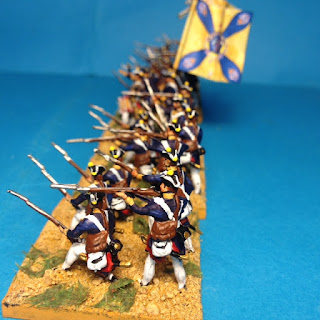 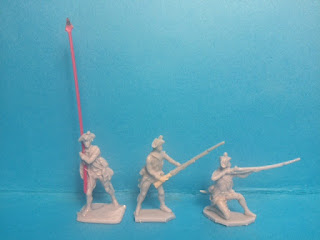 Several of the poses you can see above were changed. Some of the kneeling and and standing fire figures had their torsos and legs interchanged for the sake of variety. The right  hand of the middle figure came from the 'dead' figures from Airfix I'll post next. The flag bearers had their nice but small flags taken out and replaced by plastic shafts and printed flags. 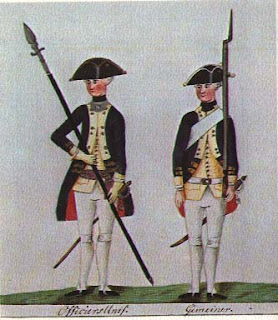 Posted by João Pedro Peixoto at 06:16