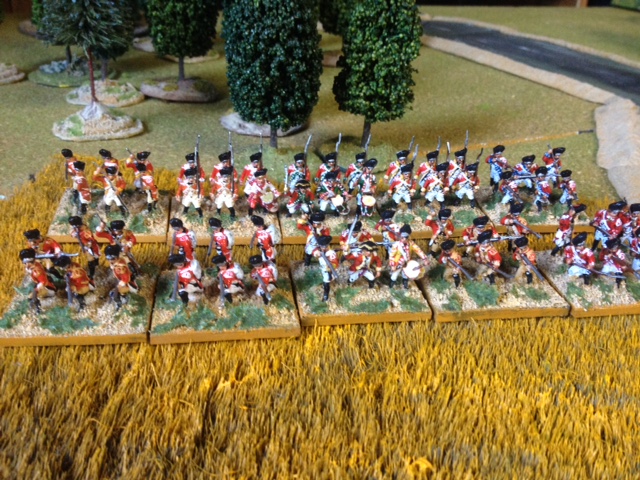 These are the two British Grenadier battalions necessary for Brandywine 1777 to be used in the flanking attack around Birmingham hill.

They are the old Airfix figures and finally I had a good excuse to paint these figures instead of converting them to Spanish Grenadiers of Napoleonic era or some other worse idea. 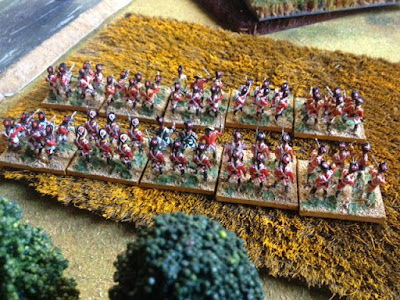 These guys have some mistakes due to old age probably. First they are typical Airfix of the 70's which means incomplete figures. In this case the lack of a sword, wings in the shoulders (or at least barely seen) and a bread bag are noteworthy. Also a strange feather on the left side must be painted or erased. 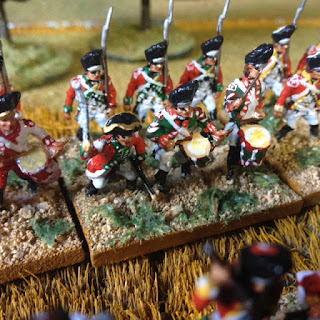 The officer is taken from the American infantry box and a scabbard was added. Also the right side drummer comes from the Austrian 7YW from Revell just for the sake of variety. 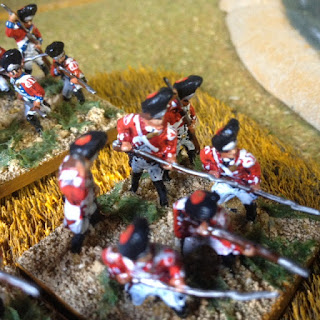 Some of the figures had torsos placed on other legs like the figure standing in the middle of the rear rank.
Posted by João Pedro Peixoto at 10:23