Two more finished units for Maipo 1818, both for the Spanish army, the Regimiento Concepción and Lanceros del Rey. 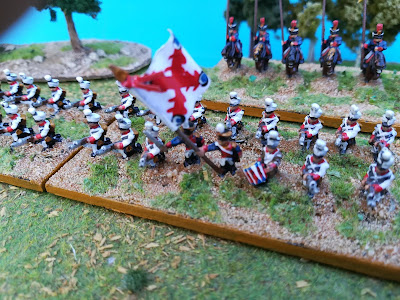 Two more gunners were takne from its artillery pieces  to become an officer and  a flag bearer. 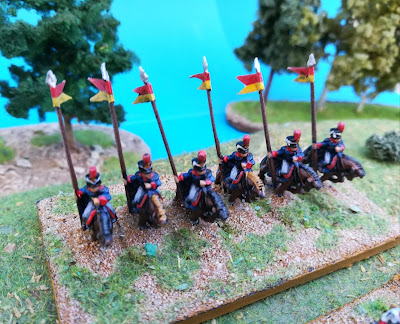 The Lanceros del Rey had the swords taken from their hands and replaced by a lance with paper pennon. 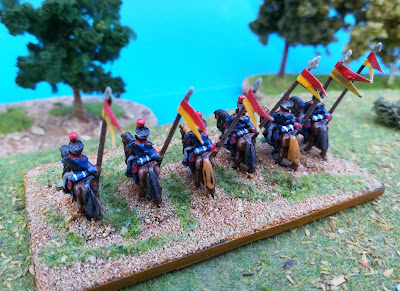 Maipo 1818 is starting to get into shape. I also need some terrain for this battle namely the Espejo farm. But that will be for another occasion.

Posted by João Pedro Peixoto at 13:13