At the same time of the building of the Iraqi Airforce I also built the American Airforce for the 1990-91 Gulf War. So most of these models are over 20 years old and are all plastic kits. The era of Die-cast 1/72nd  was still a bit far and model kits still ruled our options. Later I'll show you my newer Altaya US aircraft with the addition of home made pilots. 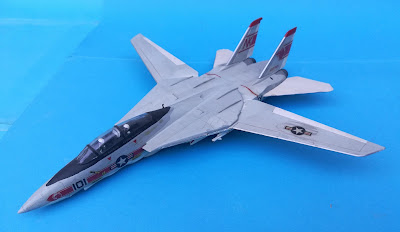 This F-14 (Airfix) sports the old fashioned stars of the USN still used by a few squadrons in the Gulf and that were being replaced by the low visibility ones. 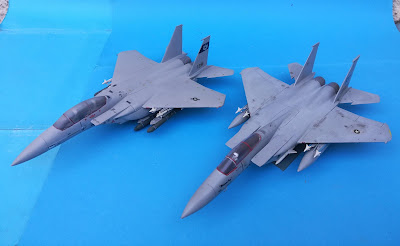 The F-15 was the Coalition deadlier aircraft in air-to-air combat with 36 kills according to US sources. On the left you have a F-15E Strike Eagle and on the right a F-15C. Both are Airfix.

Here is a F-4G Phantom Wild Weasel. The model started as a F-4E (Airfix) and I scratchbuilt the extra equipment of this SAM destroyer.

On the left a Grumman EA-6B Prowler (Italeri) and on the right an A-6 Intruder (Hasegawa) that made its last important missions in this war and was being slowly phased out. 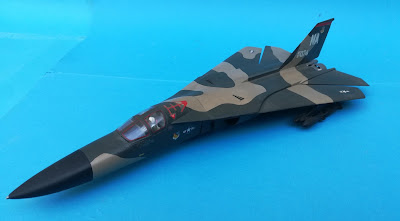 This big F-111F Aardvark is an ESCI model. You have to place the variable geometry wings like in the picture because its the only way  for the bombs to go on the correct position. The Gulf war made the model companies to produce hundreds of new models and some with big design mistakes.

The F-16C on the left is Airfix and the one on the right is Hasegawa. They were used mostly on air-to-ground attacks. 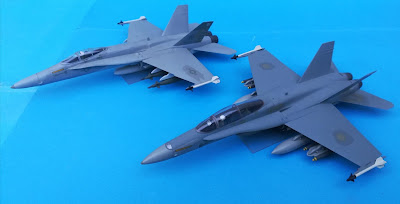 Two F-18 Hornets of the USN (Hasegawa). The one on  the right has Canadian markings. 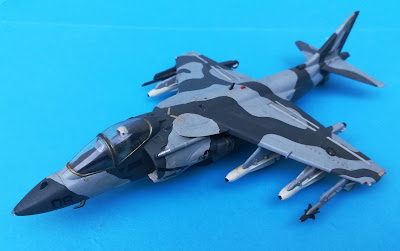 The AV-8B Harrier (Airfix) from the Marine Corps. 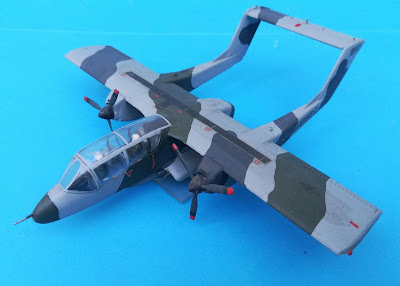 This OV-10 Bronco (Hasegawa) saw the end of its carrier in the Gulf War. 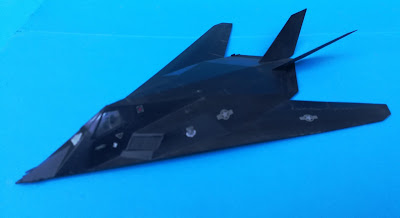 Hard to explain why you need this thing for wargames. The F-117 (ESCI) is nonetheless a must have model for this war. 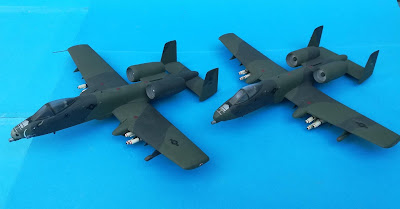 Two A-10 Thunderbolt (Academy). They were credited with the destruction of 4000 tanks, AFV and artillery pieces during the Gulf War.

Finally a sole AH-1W Super Cobra (Hasegawa). With the addition of the Altaya die-casts this American Airforce will grow with some 10 more models.
Next I'll show you the British aircraft of the Gulf as they are built and painted for a long time.
Posted by João Pedro Peixoto at 16:37