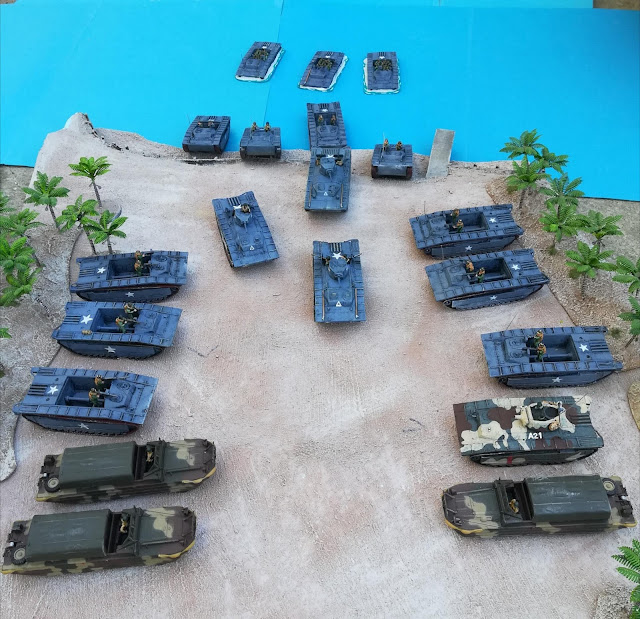 Up to now I managed to gather 10 LVT2, 3 waterline LVT2 (enough for my RF! Tarawa plus the LCVP's and LCM's I've showed you during the Omaha series), 4 Amtanks and 3 DUKW's for my USMC amphibian units.  These are the only models that I don't base as a Pacific island like Tarawa is too cluttered for based vehicles. 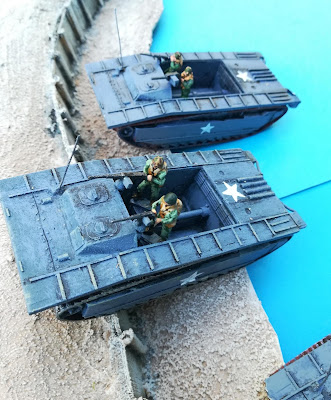 The LVT2's  are Frontline Wargaming. I added the MG's, crew, antennae and some details at the rear. The figures are mostly Atlantic with GreenStuff life jackets. 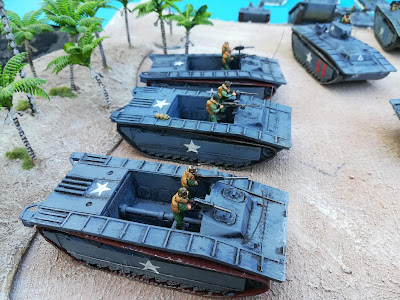 All vehicles are painted Vallejo Grey Blue as I do with all USN boats and Landing Craft. 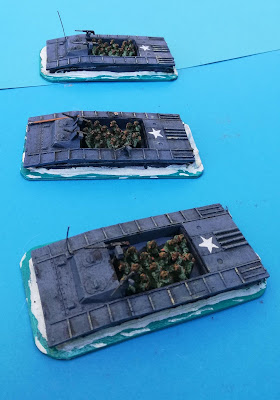 These waterline LVT2's from Frontline Wargaming are the only ones from the lot to have bases that protects the resin and gives some sense of movement. 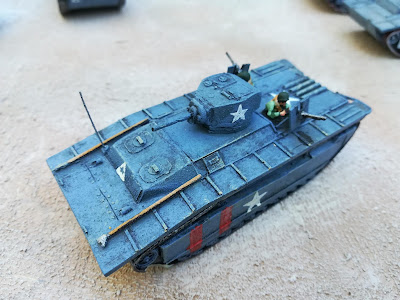 I made two LVT(A)1 Amtanks. They are conversions from the Frontline Wargaming LVT2. I added the structures for the turret, the MG's and crew, antennae, dragging poles and the turret itself came from the Matchbox Honey. 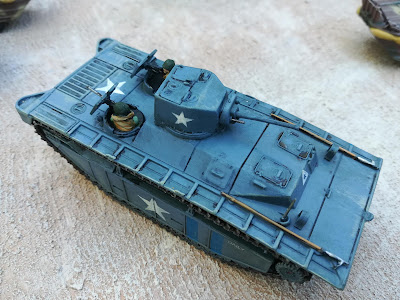 This is a 'true' LVT(A)1 from Altaya with added crew only. 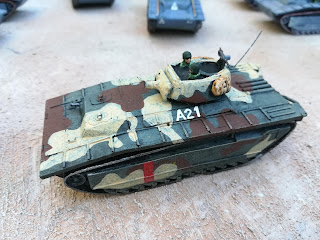 Another conversion from the Frontline Wargaming LVT2 is this LVT(A)-4. Again some extra stuctures had to be built as well as the turret from the M-8 with the 75mm howitzer that was made from scratch. 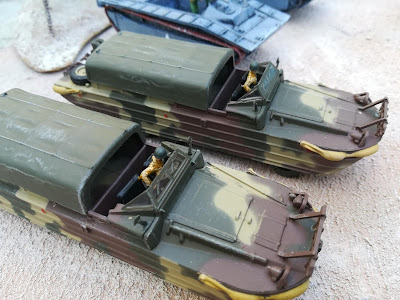 The DUKW's are Altaya slightly weathered and with a diver.
Posted by João Pedro Peixoto at 11:24