The first Georgian Infantry battalion is ready to enter their BMP's and Land Rovers and invade South Ossetia. The figures are mostly ESCI modern US Infantry and a few Revell modern Germans and US. The use of american figures is suitable because the Georgians used plenty of M-14's assault rifles in the 2008 campaign which are fairly close to the M-16 of the figures. All figures are using the camouflaged uniform and bulletproof of 2008 and a small Georgian flag in the shoulder. 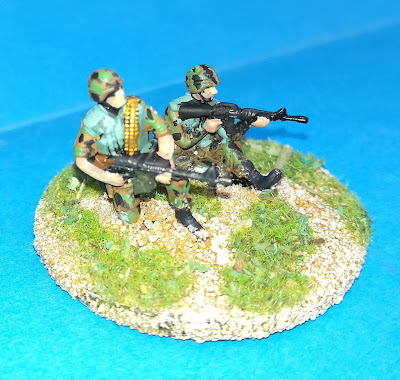 The M-60 MG was cut in the bipod and a small box added close to the trigger in order to look like the Russian PK MG in use in the Georgian army. 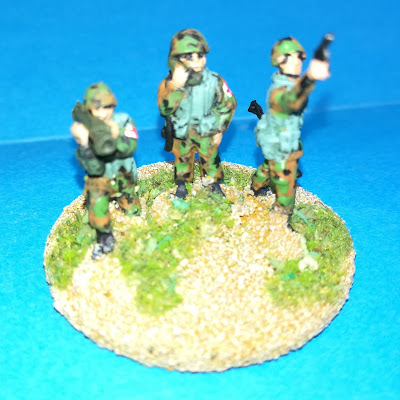 The command stand has a Skytrex US figure in the middle (the helmet in this metal figures looks more to the old Georgian/Russian helmet still in use in 2008) and a M-47 Dragon transformed into a PDM-1 of Georgian manufacturing or the several smaller Russian RPG's (18,22 or 26). 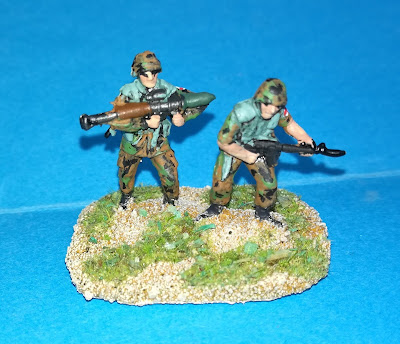 The Revell German PanzerGrenadiers have the Panzerfaust 3 which is firly similar in this scale with the RPG-7, only needing the tip of the ammunition to be cut. 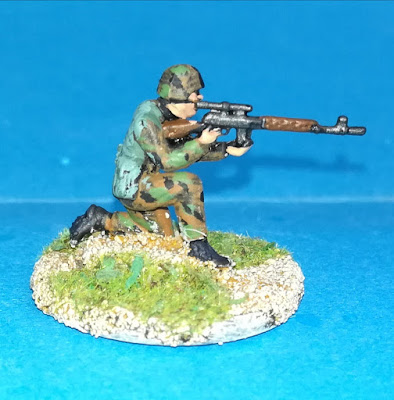 The SVD sniper is the ESCI Spetsnaz with US helmet and painted bulletproof vest.

Next: The story the world has been waiting for, the '2008' context and wargaming possibilities.
Posted by João Pedro Peixoto at 09:39