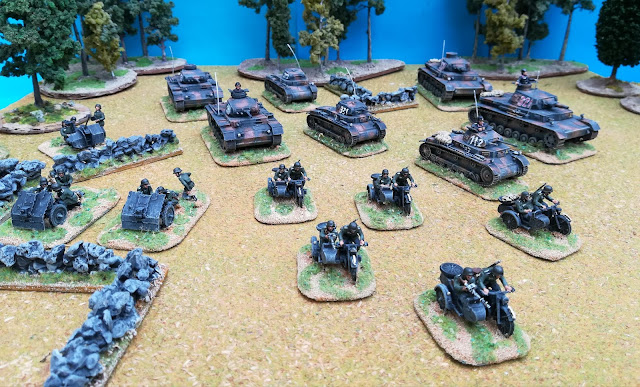 Rapidly coming out of the woods of Jour Sans Soleil a German thrust of 15 new models is about to pick the French reservists by surprise. The German High command was worried as in this blog only French and British models were showing up in the last few months and thus it decided on a surprise attack.
Models are Zvezda (75mmIG, 20mm AA and Sidecars), BPM (PzIII E), IBG (PzII A)  and Armourfast (Pz IV C). 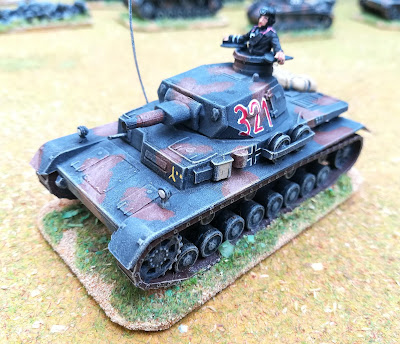 Armourfast makes these nice PzIV C's. I only added hull Mg, antenna, holding stucture for the spare wheels, picks and shovels (unseen on the other side), stowage and crewman. The detail is getting better at Armourfast but still some important details are missing. 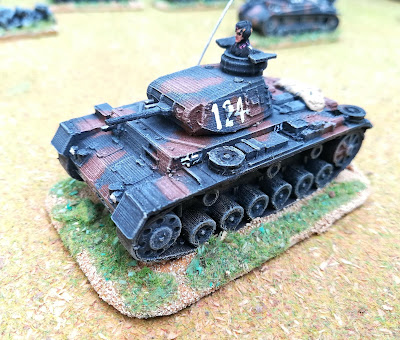 On the contrary of Armourfast the BPM PzIII's bring all details already printed in the models. The detail is not as fine as the plastic models but they are also getting better and better. Additions are the usual crew (old Esci from their King Tiger), stowage and antenna. 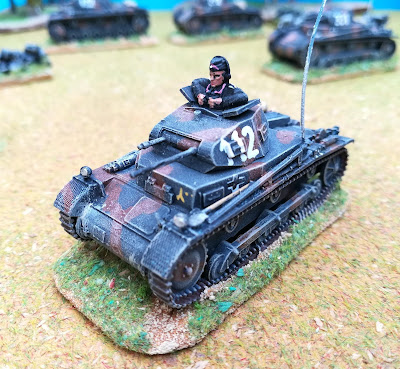 The IBG new Pz II A are very accurate and as easy to build as Armourfast even if with more parts to glue. Additions as above with crewman from PSC. These models will join the shelf of the 6th Panzer Division as this early model of the Pz II was still being used alongside the Pz 35(t) in this big unit of the French campaign of 1940. 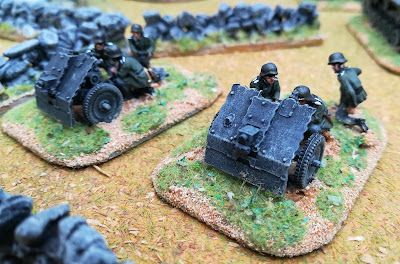 The 75mm IG of Zvezda had a third crewman from Airfix with new head from PSC as the original head had a canvas cover for later campaigns. 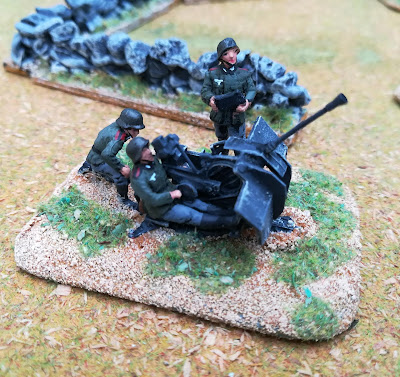 Another of the same extra crew can be seen on this 20mm AA gun stand from Zvezda. 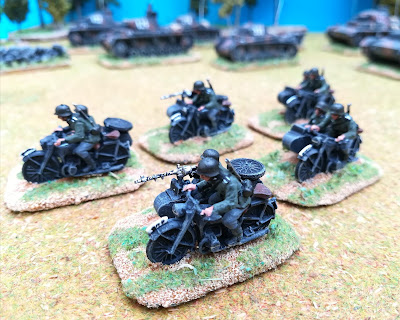 The BMW R-12's from Zvezda are little treasures of plastic engineering. I only took out some of the Mg's and made new arms of Milliput for its crew. 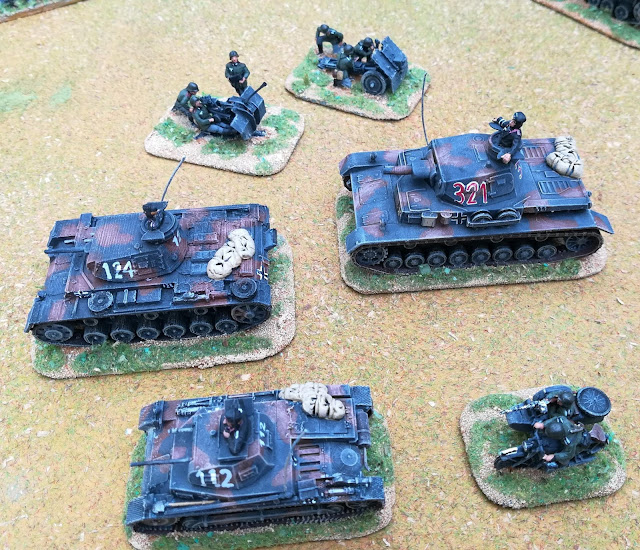 A bird's view of each of the new models.

Next: Portugal- Iran at 19.00!!! After the Euro Cup, the World Cup will be for Portugal for sure as we are playing the best football ever!
Just kidding...

Posted by João Pedro Peixoto at 09:53