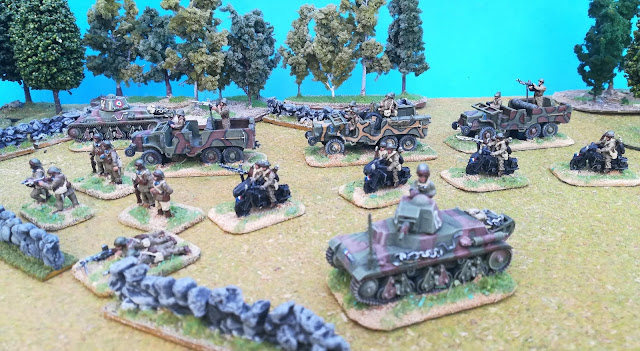 A French  Motorised Dragoon battalion deploys behind some stone walls near Forêt D'Arbres (?!!!). Most of the vehicles and motorcycles are SHQ with Hotchkisses from S-Models. The dismounted motorcyclists are EWM. 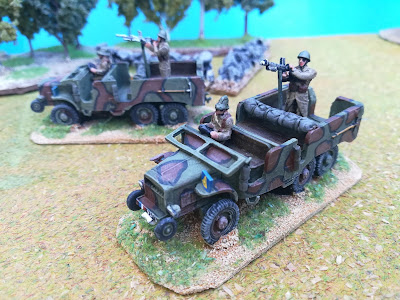 The Laffly S20 from SHQ are lovely and simple models. In fact a bit too simple as they need a driver (copy from Skytrex) and a FM24/29 LMG firer. 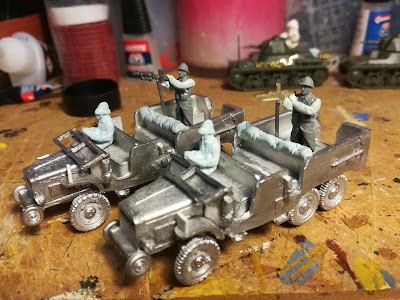 The LMG firer was made from the torso of a Caesar figure, the one standing with its rifle at rest, with new arms made of putty and plastic Bren LMG's turned into Chatelleraux's with a few cuts here and there. 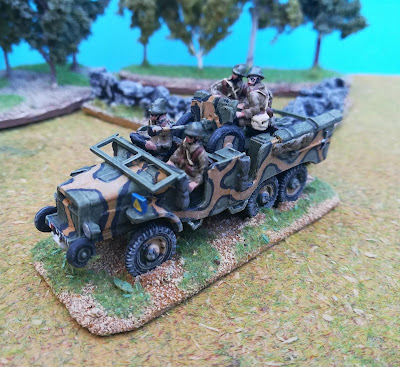 The Laffly S20TL CC is another  beauty with the usual extra flimsy 25mm gun barrel that SHQ likes so much. I know that like this it shows the real size but it also becomes too fragile. I had to place a plastic piece at the muzzle as there was nothing in its place. 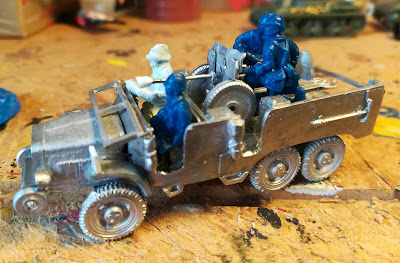 The figures are Hat and they fit quite nice inside the vehicle. Are Hat and SHQ working together ?... 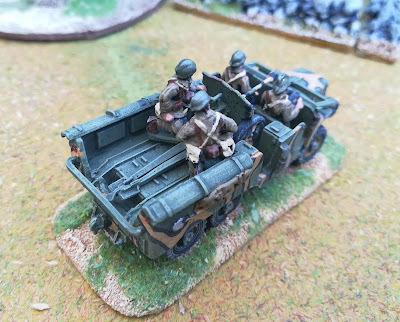 I could not find any reference as were to place the ramps of the  25mm gun so I placed them on both sides of the gun crew compartment. 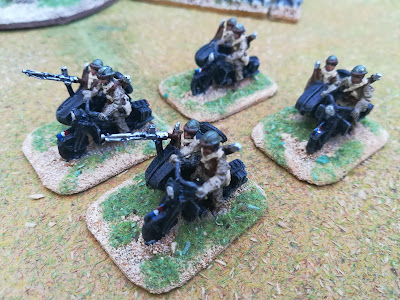 I placed another two Bren LMG's conversions on the SHQ side-cars. 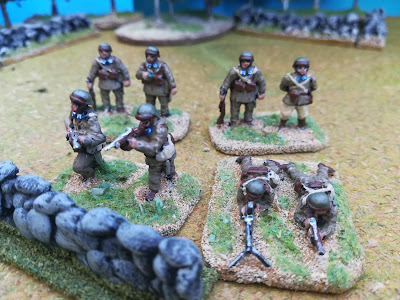 The dismounted Motorcycle squadron is EWM. Chunky and lively figures they are a pleasure to paint. 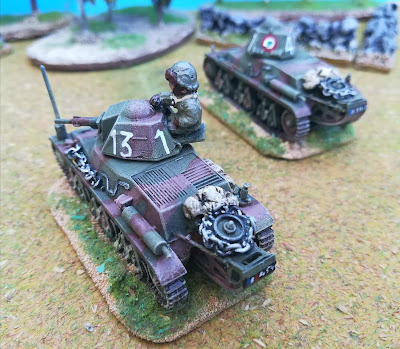 The H-39 from S-models are in fact for the  regiments of the DLM and DCR not for the reconnaissance squadron of the Dragoon regiment as these use the H-35. I added some stowage and crew from Lancer Miniatures and also an antenna from an Altaya Somua to the command version in first plan. My total of H-39 is 14 at the moment with only two missing to the total of 16 necessary for any of the DLM or DCR.
Next:  Probably a few German AFV's for 1940 or Portuguese 2008 I have cueing for a long time but that also  depends on the mailman...
Posted by João Pedro Peixoto at 14:42