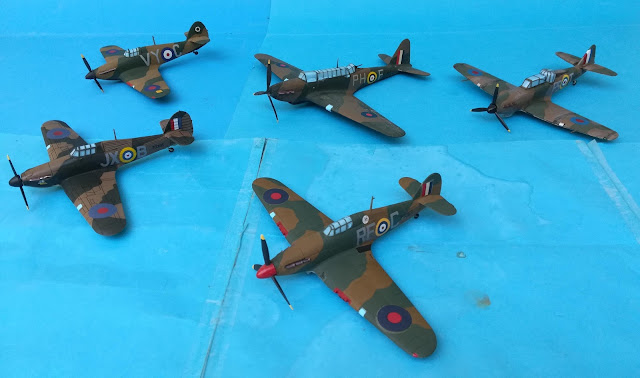 Well, nothing that was planned came out and instead some older kits decided to pose for the camera. Here several RAF squadrons pass over the village of Bleu Ciel on the way to another strafing mission. 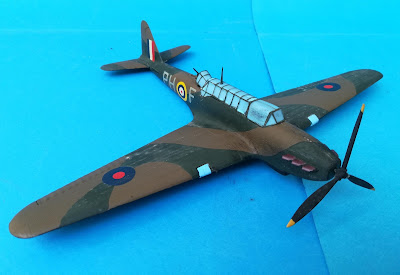 This Fairey Battle is an Airfix model. I need to find another one as this light bomber was numerous in the French 1940 campaign. 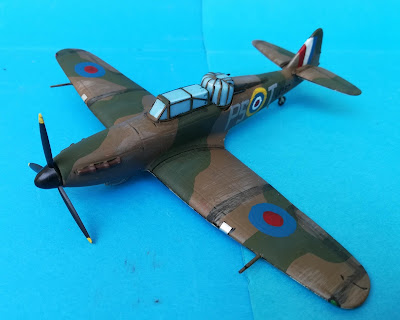 The sole Bolton Paul Defiant is an Altaya Die-cast model. I repainted it as the original camouflage was black for night fighting. 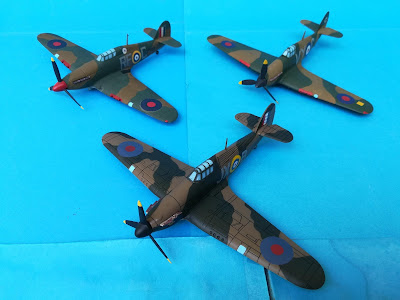 The Hurricanes are clockwise: Airfix, Altaya and Matchbox. I need to find at least one Blenheim bomber and a Lysander for reconnaissance to complete the group of British aircraft for France 1940.