Rapid Fire! France 1940 in 20mm - Reinforcements for both allies. 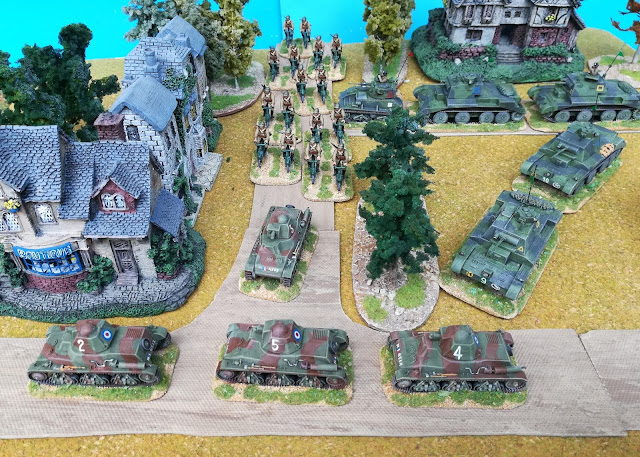 In another traffic clogged crossroads right in the middle of the village of Carrefour Fou an allied mixed force of tanks and bicycle takes the oportunity for using the roads while the many refugees are having a picnic under the shades of the neighbouring woods... 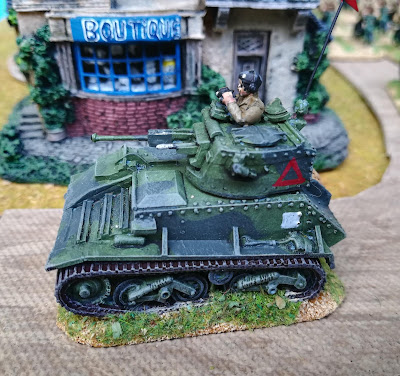 One more Vickers MK VIc this time from Lancer Miniatures for the 1st Armoured Division. I only replaced the extra thin metal barrel with plastic and added a PSC crewman. 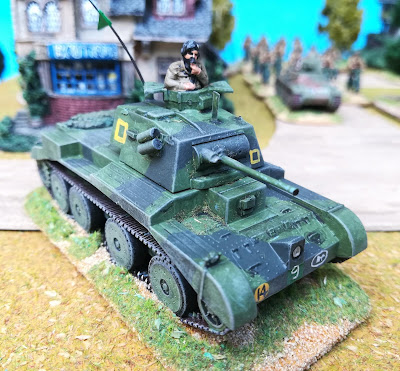 And four more A13 MK I from S-Models. The usual extras are the smoke dischargers, turret headlight and handlers, antenna and PSC figure. I finished 10 of the necessary 11 A13 MKI for 1st AD. Now the main problem will be to find an even bigger number of A13 MKII. Wait for a plastic version, or not wait for a plastic version that is the question... 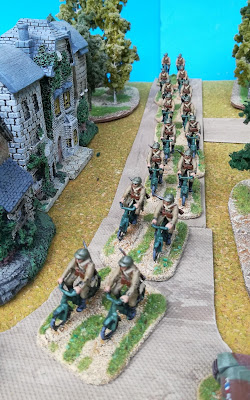 No, its not the 1940 Tour de France (I just checked, it didn't exist in that year coming back again only in 1947) but the two squadrons from the 5eme DLC forced to ride bicycles. 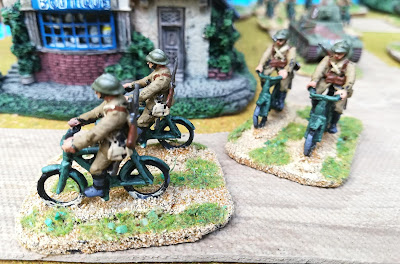 The figures are EWM and quite nice they are. I was a bit afraid that the heads of EWM would be too big after seeing their website pictures but they fit quite well with most of the plastic figures, specially with the Hat cavalrymen. Figure, bicycle and weapon are all separate and the end result is quite good. I used GW Liquid GreenStuff to erase the detail of the putees and turn them into cavalry boots. 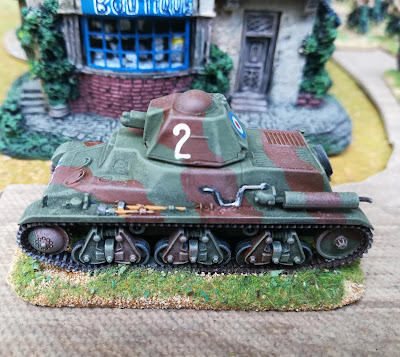 Finally four more H39 joined the ranks with a few others on the way. Again S-Models coming directly from China. The camouflage is the last one used. There were units in which roundels or big numbers were taken out as soon as the unit arrived to the combat zone but French markings are too beautiful to be left aside.
Next: something around the same theme.
Posted by João Pedro Peixoto at 11:36