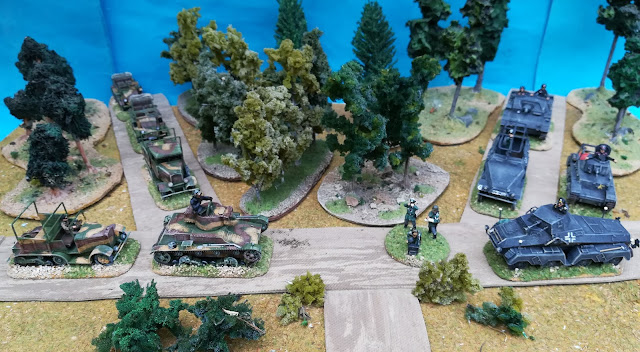 Somewhere in western Poland, in a clearly stormy (Daniel's) day, an advanced German HQ is surprised by a Polish motorised force. Well in fact these are just my latest models from First to Fight and World at War due to a recent visit to Lisbon. I was mostly after the new Polish cavalry but there weren't any so these had to do. 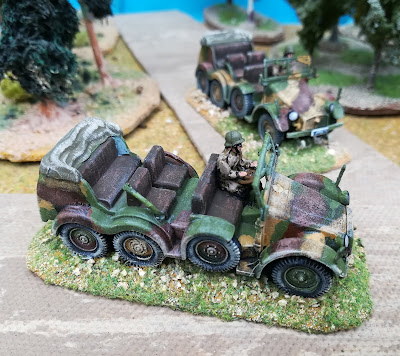 These two Krupp Protze will force me to start the 10th Polish Motorised Brigade with their 1916 German helmets. 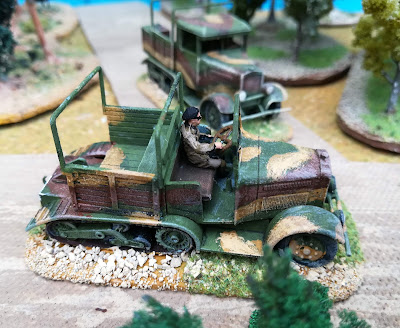 These 4CP's will tow the Polish medium artillery, specially the 100mm and 105mm guns. 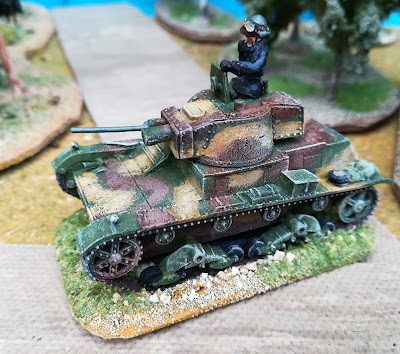 One more 7TP was added this time with a Skytrex metal figure. 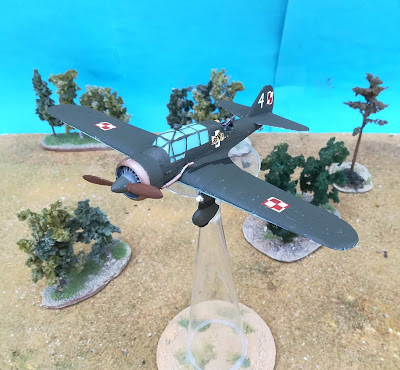 Taking advantage of the primer cloud one more Heller PZL 23 was built and painted. As usual it has hand painted markings. 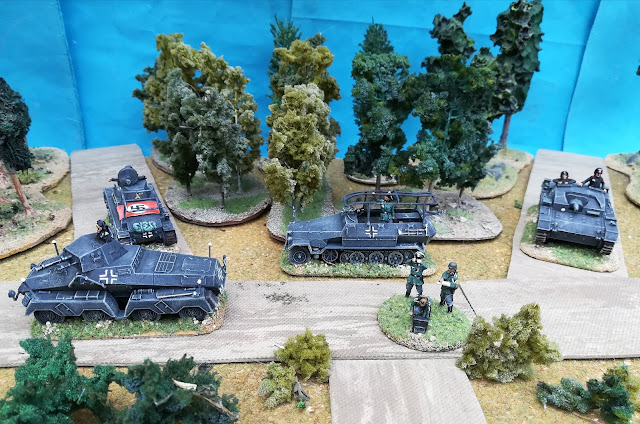 This was how it looked the German HQ a little time before the Poles arrived. Damn! We can't even invade a neighbouring country without being interrupted!! 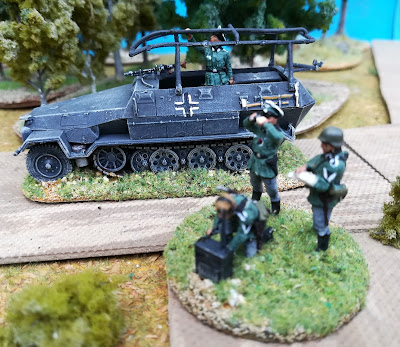 All these vehicles carry the 1940 markings and are thus better for the French campaign. I also din't use any brown camouflage to take these models up to the Russian campaign. Besides the Brown camouflage was standard but there were numerous exceptions.  This Sdkfz 251/6 suits the vehicle used by Guderian in France. The figure inside is Zvezda and originally was shooting against airplanes, but here... is just checking the radio structure. 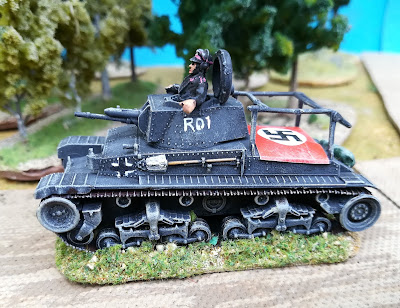 Another Befehls Pz 38t added with a PSC figure. 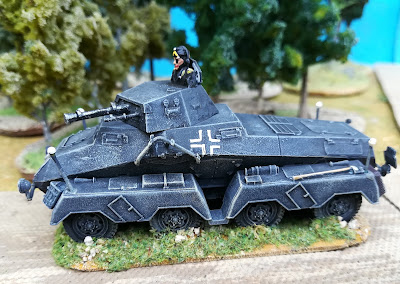 This Sdkfz 231 will fit nicely the Recce units for Blitzkrieg again with a PSC figure. I replaced the 20mm gun with a sturdier from Minairons Spanish Pz I. 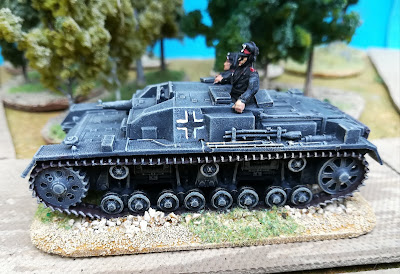 Lastly something of a mistake. WaW (IBG in fact) covers so well the beginning of the war that they even do models that were used solely for training like this Stug III 0-serie model. PSC figures again.

Next: the 51e BCC with the mighty Char 2c ready to crrrrrush ze invader! Oh la la.
Posted by João Pedro Peixoto at 05:23