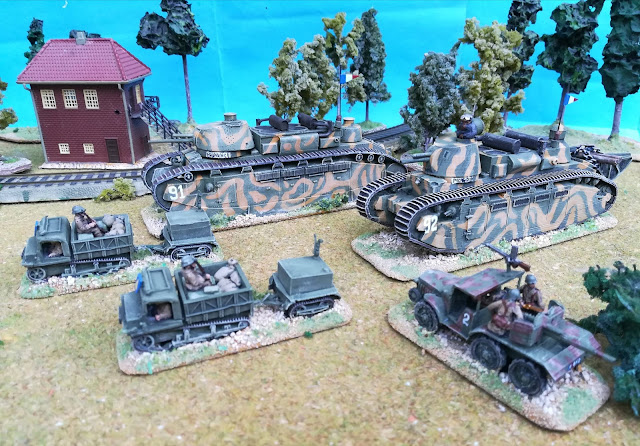 The 51e BCC approaches the train station of On-va-être-Sabordés for its last journey... 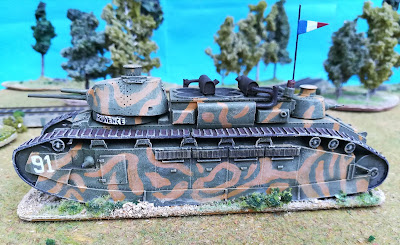 The Char 2C number 91 was "Provence" and here represents the three tanks of the 2nd company. The Model is Retrokit. This camouflage is the last to be known to be applied on the tanks of the 51e BCC. 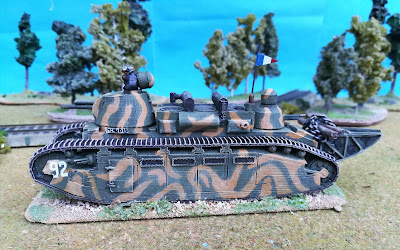 The other one is number 92, "Picardie", from MiniGeneral, and represents the 1st company.  I used a number of extra details to bring it close to the level of the Retrokit model. For the build up of this unit I used the Minitracks number 2 magazine and its invaluable information by Pascal D'Anjou. 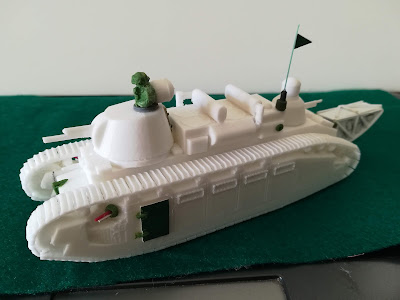 The Minigeneral 3D model captures very well the looks of the Char 2C but needs a few simple extras. In this picture you can see the missing door on the right side, a few bolts and supports, antenna  and the crewman (yes, this was how the turret opened). 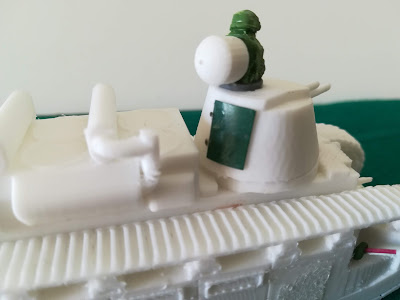 Also another rear  door for the main turret was added. 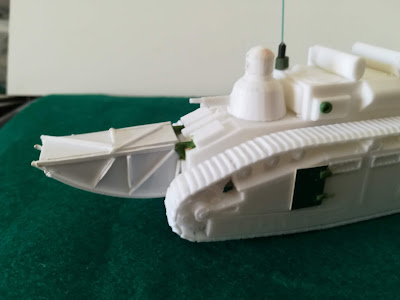 The crossing tail is not mandatory but adds some historicity to the model as at least one of the last  six serviceable Char 2C had this device when its remains were found by the Germans, 50km from Neufchâteau. 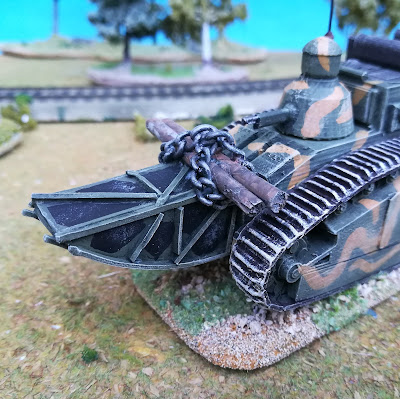 I also added some wood and chains typical of the French tanks still in 1940. 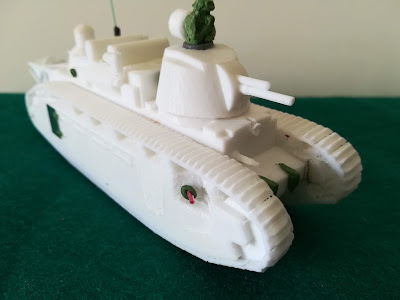 I also replaced the side Hotchkiss MG's as the ones that came on the original model broke on my clumsy hands. 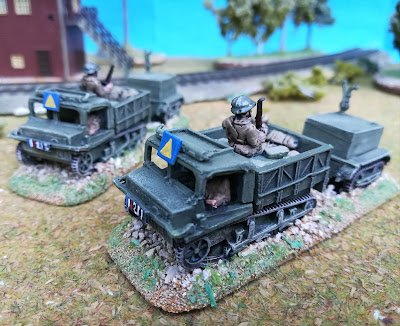 The ShellHole Scenics Renault 35R is a small beauty. I onlly added the typical French square for the vehicles with trailer and a big licence plate as I´m always afraid Saramago´s Blindness arrives at any moment. 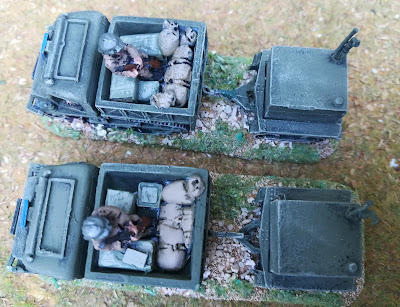 The rest of the details are a driver, another passenger and a few stowage. 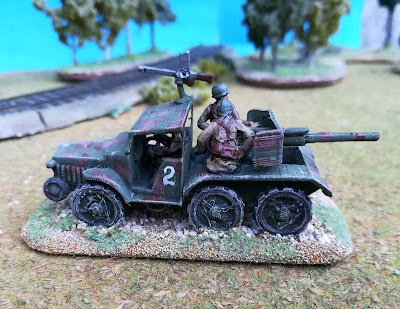 The Minigeneral Laffly 15  TCC was not part of the unit but it was  built and painted with this lot. Like this I have two of these Tank Destroyers (the other one is Ace) which probably will be enough for any scenario. 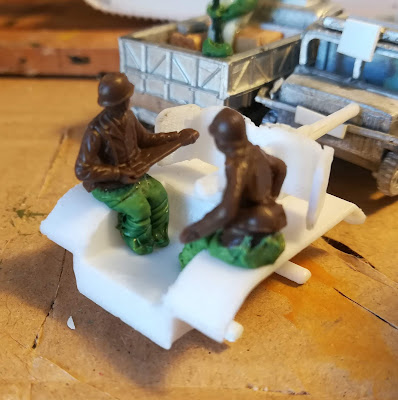 The  Laffly 15 TCC only had three crewman added, two of them are conversions from the Esci box of WWII French infantry and a scratch built FM 29 LMG.

Posted by João Pedro Peixoto at 00:34