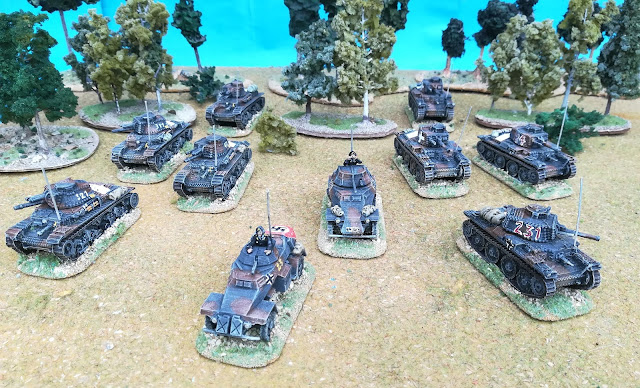 Piercing the French-German border at the river Meuse close to the village of Je-ne-sais-pas-le-Nom, the Pz 35t's and 38t's of both  6th and 7th PD quickly rush to their objectives. 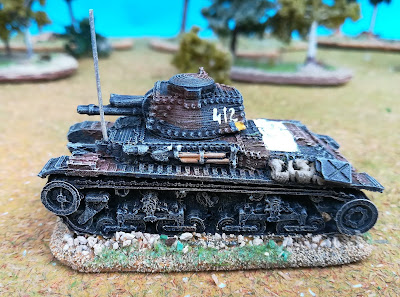 The Pz35t's are Minigeneral and have early Blitzkrieg marking for one of the battalions of the 6thPD. 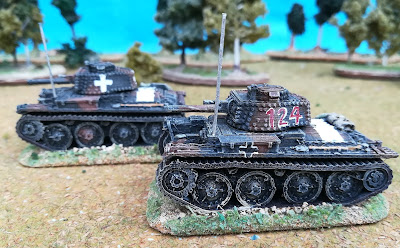 Two battalions also finished for the 7thPD with these Minigeneral Pz35t's. I used different markings according to the different battalions they will belong to, one closer to the Polish campaign and the other with the big numbers for the French campaign. 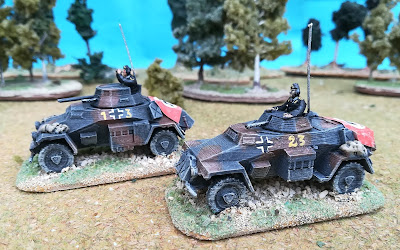 The Sdkfz 221 and 222 are BPM and have the usual extras of crew, stowage, antennae and Nazi SOB flag.

Next: finishing the tanks for the DAK.

Posted by João Pedro Peixoto at 11:36