The Brits are trying once again to drive the Germans out of France. This time they count with extra tanks, Recce units and more artillery.  Will they succeed? C'mon... haven't you seen Dunkirk the movie?
Most of this new models are 3d prints with the converted artillery and artillerymen. 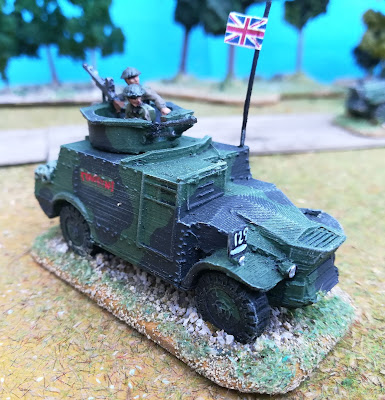 A friend of mine printed for me eight Morris CS9. Six of them are ready and belong to the 12th Lancers and two others will be built and painted later for the Western Desert in the striking Counter Camouflage scheme. A big hug to my friend Carlos Chiça who printed them for me. 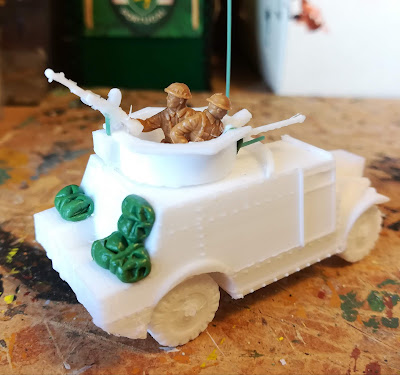 The model is a beauty and the original plans are from Thingiverse and were made by Jeremy Connaughton. I added some Matchbox crew, the usual stowage, unit plate, antenna and supports for both the Bren and Boys AT rifle. 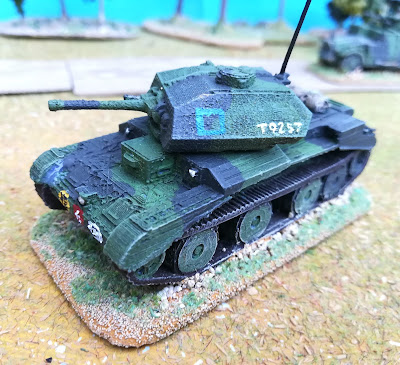 Two more MiniGeneral A13 MkII arrived in the last batch this time with the smaller mantlet and Besa MG. 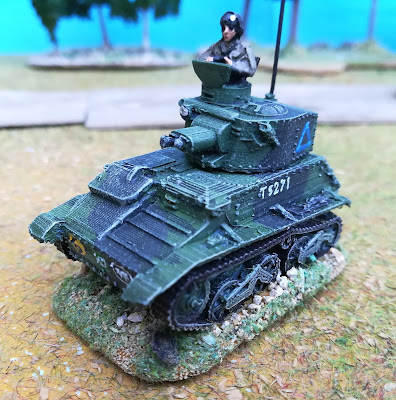 Also four MarkVI B arrived from MiniGeneral and two of them got the usual PSC crewmen. 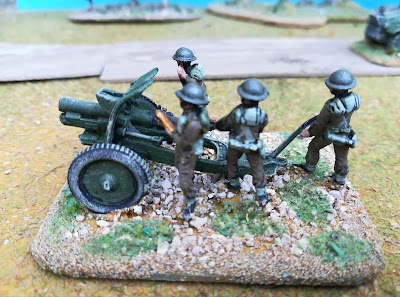 And now for something different. You are probably thinking 'What gun is that? It doesn't exist in plastic! And it must be plastic as the moreon that makes all this is a big plastic consumer!!'. 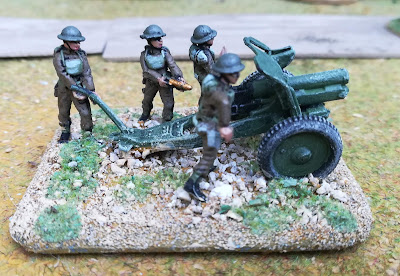 You are right. These are all conversions including the crew. Don't worry, the secret didn't live for long and is about to be disclosed. 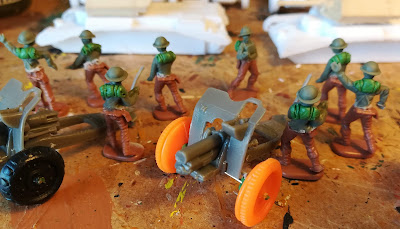 Here it is: the QF 4.5inch guns are Hat WWI models with wheels taken from my youngest kid's toys. As he is only 2 YO he will need plenty of time to discover they are missing and in the mean time everything will be varnished and placed safely into the shelves.
The wheels need to be lowered in relation to the wooden wheels from the box. In this picture you can see a metal bar connecting the wheels from under the carriage.
The figures have the torsos of the Hat WWI US artillery with WWII British legs from the Esci set. I used the Hat US torsos because they already carry the gas mask bag and are true artillerymen  holding shells and bars. On their back I placed some GreenStuff bedrolls as the British artillery did in 1940.