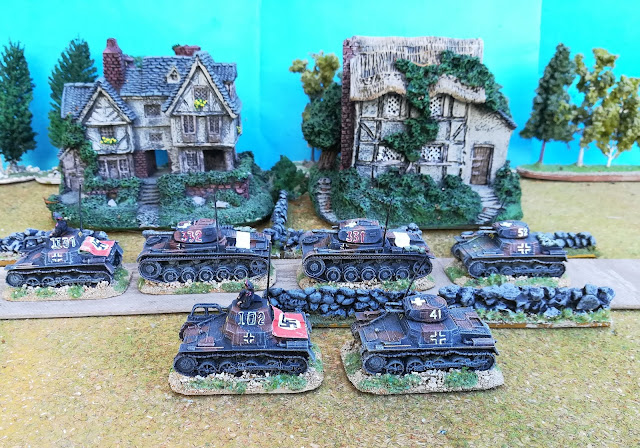 The German armour gathers around the village of Maisons Folles and prepares itself for another push against the allies.
All models are MiniGeneral 3D prints. 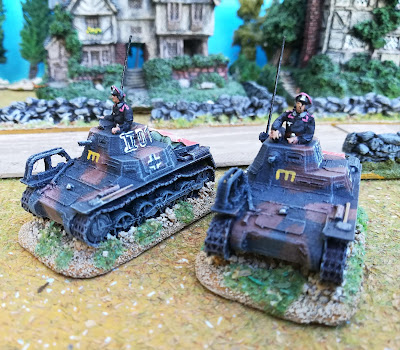 These two PzBefehlswagen I A only had the figures as extras. They are Fujimi torsos with GreenStuff arms. 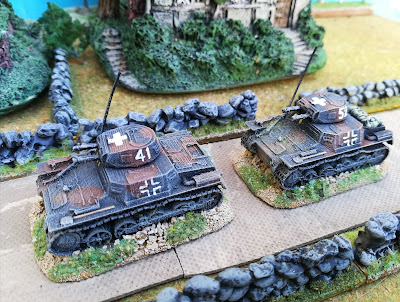 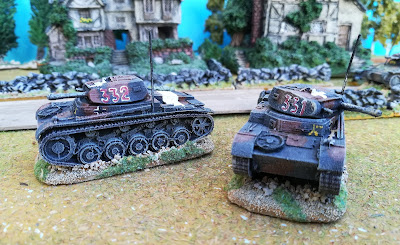 And two more PzII C to end this lot.

Next: Desperate measures by the French, or maybe some Japanese landing craft.

Posted by João Pedro Peixoto at 11:53