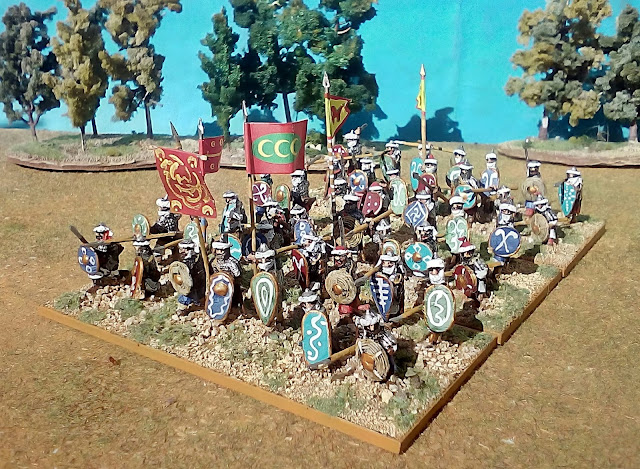 I had these StreletsR figures based and painted for months still without an idea about what to do with them. They would become part of Suleiman's army for sure so I chose to depict Azab close combat infantry, armed with lances, axes and swords. 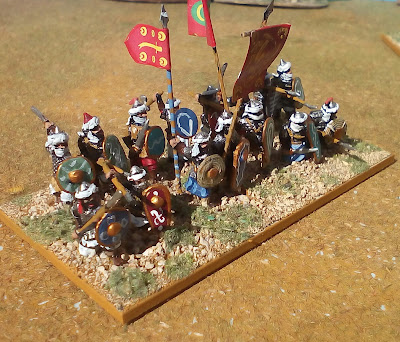 Well there is no such thing as Azab close combat infantry in Extra Impetus No 3 so if they (ever) fight they will have the status of FP Levantine Infantry. I used plenty broom sticks lances instead of the separate swords provided in the set.

This set is the Arab Infantry set of StreletsR aimeds at the Crusades, 200/300 years before Mohacs battle. The teardrop shields are anachronistic but I like to think that they could still be used mainly by the many Arab forces that integrated the Ottoman army.

The standards are my own and you can track them in previous Impetus posts.

Next: Wether more Hungarian CP for Mohacs or the second British Motor Battalion for 1944/45.

Posted by João Pedro Peixoto at 04:31