Rapid Fire! Normandy 1944 in 20mm - The British Motor Battalion for the 7th AD

The British Motor Battalion of the 7th AD disembarks from its M5 Halftracks under the protection of the organic 6 pdr. The five Carriers are far ahead in a reconnaissance mission … well, they are not I confess. They are still in Alentejo inside the printers of Pedro Pato,  the Minigeneral big boss.

This organisation is from the RF! 2nd rules book, a bit different from the one proposed by the Normandy Battlegroups book (the later proposes less figures in the infantry companies and one extra 6 pdr AT gun).

One of the Loyd Carriers will go to the Motor battalion of the Sherman equipped division and its just here to show off. 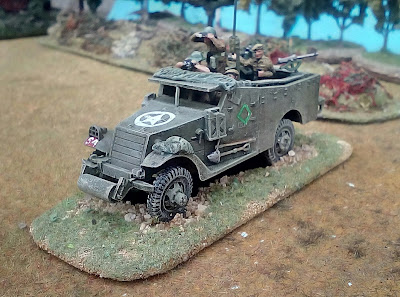 The HQ White Scout Car is Italeri (ex.Esci). I just added the crew (Airfix and Matchbox), an antenna and the usual stowage. You may recognize the second figure with bonoculars from the Airfix Bofors gun. Originally the figure is looking to the sky but after some seconds very close to a lighter assumed a more 'infantry' look.

The HQ group, all big and beautiful Valiant. 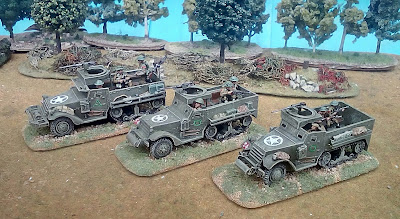 The company Halftracks are, left to right, an Hasegawa M3A1 with Valiant crew, an Italeri M3 with Valiant, Britannia and Hasegawa US conversion crew and an Airfix M5 with Matchbox crew. 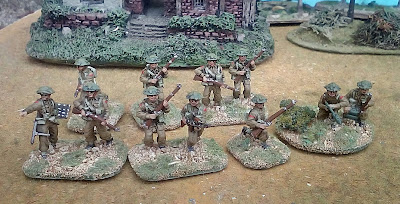 All three companies are Valiant and the first row of this one has several conversions. The most distinctive figure is the running Bren as the original is in a too relaxed pose that wouldn't harm anyone if he had to. 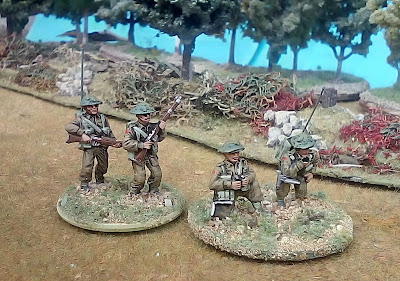 Two FO stands from Valiant for the artillery were also added. 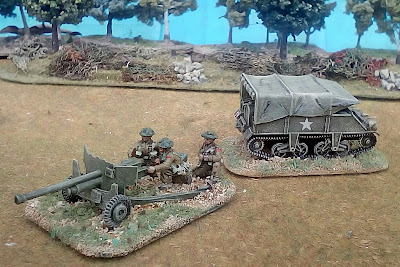 Both Loyd Carriers are PSC but I scratch built this 6 pdr AT gun in EverGreen plastic card and tubing a long time ago and I'm using it finally together with a Valiant converted crew. The two 6pdr from PSC will go to the US Paratroopers that are still  inside the boxes for a project I have of building the 101st.

This Valiant figures are not the new 20mm figures. Even if they are a bit big they are detailed beauties, excelent material for conversions and they paint extremely well.

Next: Impetus CP Hungarians for Mohacs 1526.

Posted by João Pedro Peixoto at 11:09