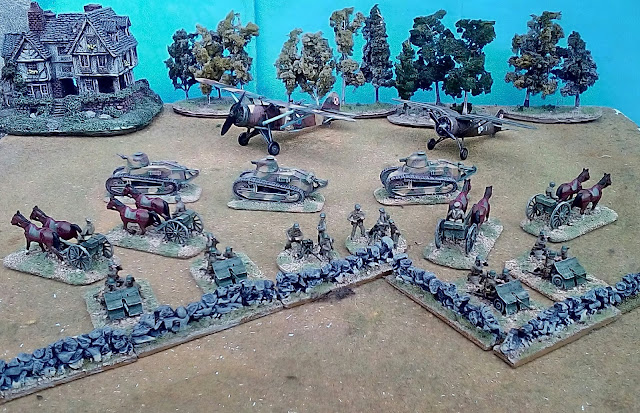 A Polish HT (hasty force) gathers by a stonewall in order to protect from the pesky Germans an improvised airfield in south-central-north Poland. The models are both kits and my usual conversions. 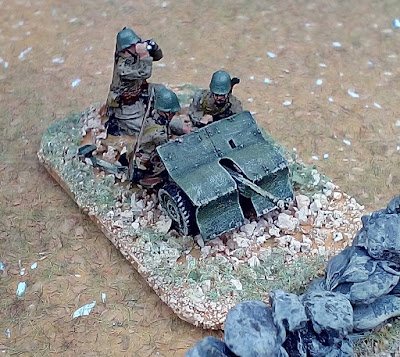 The four anti-tank Bofors 37mm came from two boxes of FtF kits. The models and figures are very good and easy to put together.

The infantry had this kind of limbers to pull the AT Bofors. The cavalry had and extra horse per limber. 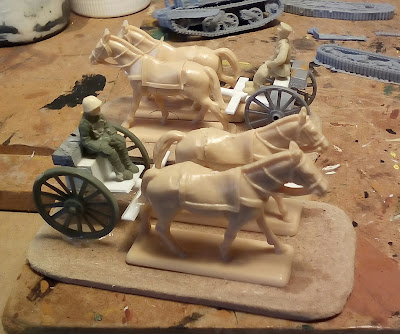 These limbers were scratchbuilt with several styrene pieces and plastic card. The horses were slightly transformed from the original Hat Medium Persian Cavalry. Two of the drivers are Hat WWI American artillery bodies with Revell Marines heads and the other two are true Polish figures from the Hat Artillery  box. 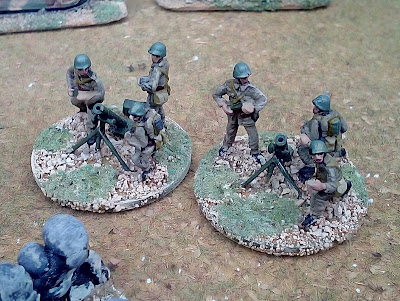 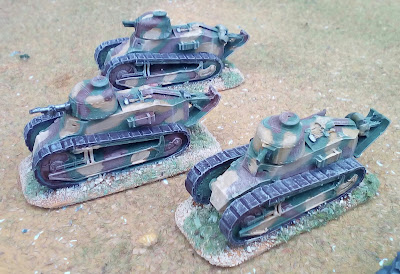 A company of FT-17 models from 3d MiniGeneral was added to the Polish tank force. 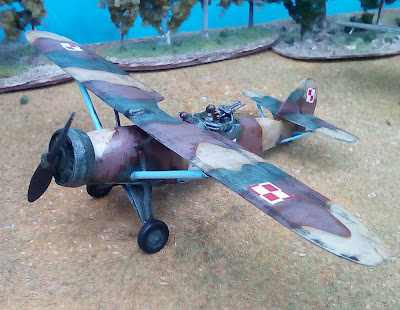 Now this is a great mess. I wanted a reconnaissance aircraft for the Polish. There are two possibilities for the Polish airforce of 1939: the RWD-14 Czapla and the Lublin R- XIII. I looked for them at Hannants but nothing. So I converted an old and relatively useless KP Letov S-28 to a Lublin R-XIII changing the Letov in many parts: only the upper wings were used and cut in some parts with new support structures; rear rudder also cut, MG pit made new and new wheels. Only when all parts were out together I noticed that main fuselage was much more similar to the Czapla than the Lublin. But too late... 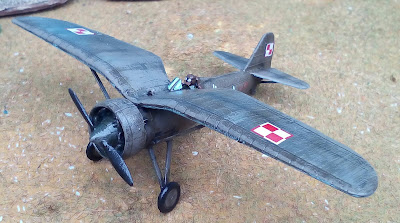 Finally a P-7 fighter from Arma Hobby was added and with this one all main types of Polish aircraft are covered.

Lastly a big thank you to Robert Rycharski for all information provided.