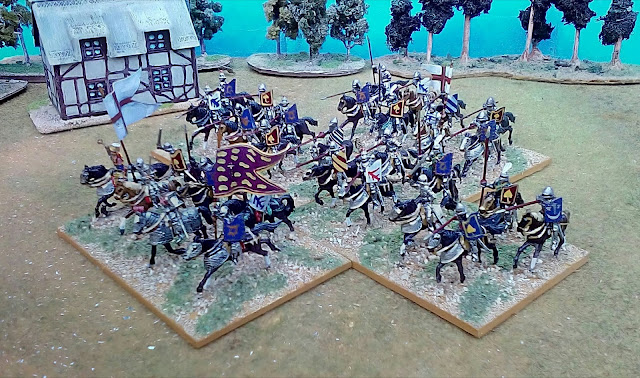 Led by Archbisop Pál Tomori another wing of Hungarian Heavy cavalry charges the Ottoman lines at Mohacs. The figures are Zvezda and  MiniArt. 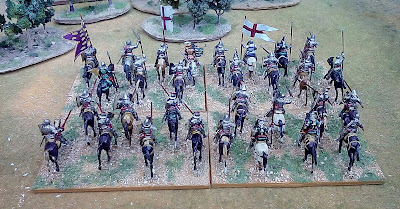 There are some problems with the horses: The MiniArt are too thin and the Zvezda too short. But for the Hungarian Cavalry there aren´t many choices apart from the difficult to get Dark Dream Studios. 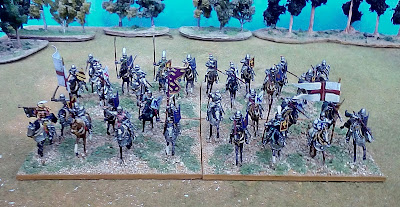 The figures from Zvezda are some of the French for the 110YW that suited the beggining of the XVI century. Some of the original weapons were replaced by new lances made of broom sticks. The Miniart figures come from the French Cavalry and the Burgundian cavalry sets. 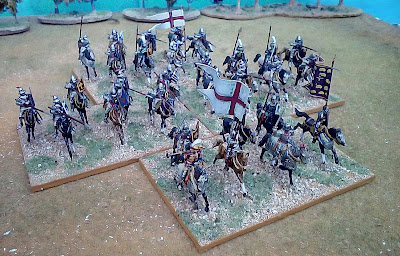 The flags are fotocopies of my own designs of flags used in the battle (at least they are showned on the Mohacs 1526 Internet movie). 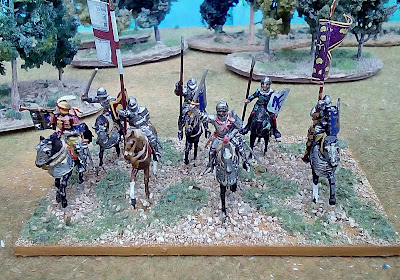 The stand of Pál Tomori uses a Zvezda figure as the Archbishop. To make it distinguishable painted the character with a beard he shows in its statue at Kalocsa.

Posted by João Pedro Peixoto at 13:33