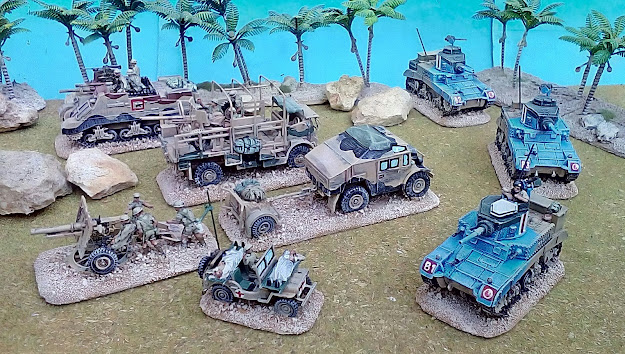 A British Task Force prepares the defence of the oasis of Ras-al-Boris. This time the force defending Ras-al-Boris is prepared against any kind of injury, virus or desease suffered by the British and some proper medical measures were taken as you can see by the Ambulance Jeep. 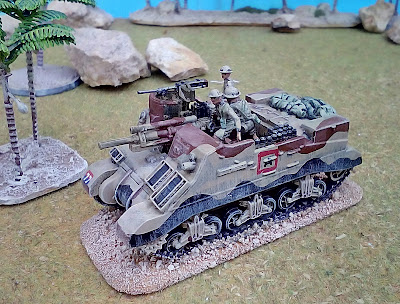 The 25pdr and Morris tow is the 6th and last for the towed 25pdr Regiment. Altaya repainted and soft plastic crew. Only the seated crewman is a hard plastic figure from PSC. 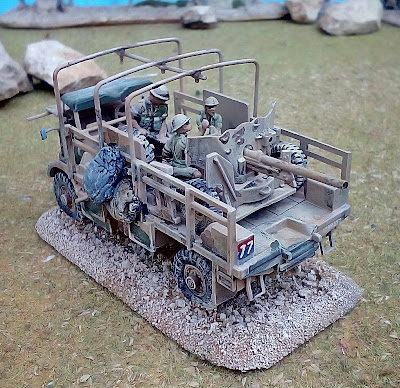 This is the 3rd 6prd Portee so a full Motor battalion is complete but still far from the necessary eight for an Anti-tank Regiment. Again repainted Altaya with a soft plastic crew from Esci, Airfix and Matchbox. 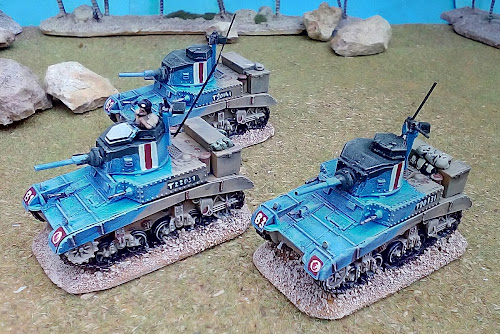 This part will be longer while I will try to show how you can take advantage of the leftovers of the PSC box of M3A1 Light Tanks built for Ozereika.
I found on the web an award winning 1/35th scale M3 painted in this kind of blue and just copied it. 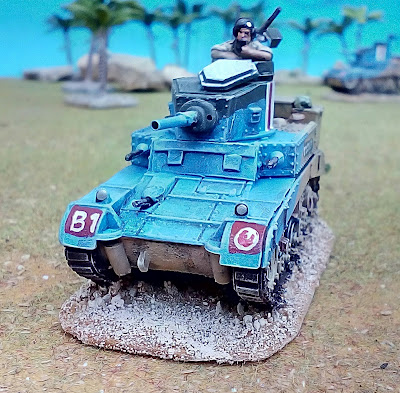 All symbols were hand painted (that can easily be seen 😕). 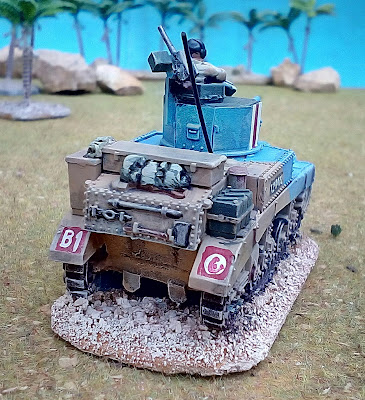 At the moment a complete M3 Honey battalion of 10 models is done. 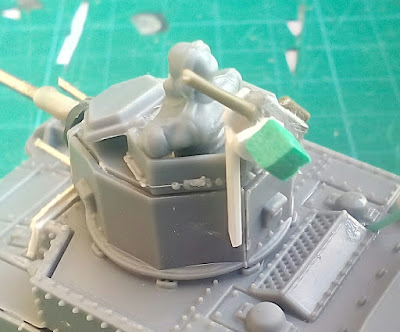 As told in the previous a total of six models can be made from the PSC box, three of them directly from the sprues an another three with a few extra parts.The 30.cal Browning is made of 8 small parts stuck and drilled together. 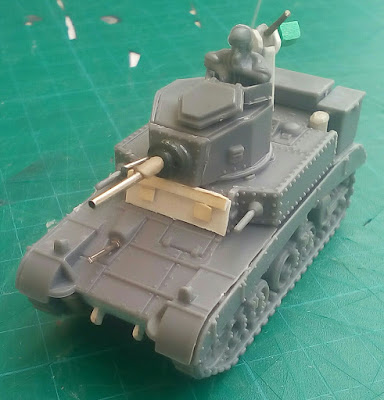 The driver's plate is easy to make. Not so much for the gun and I was lucky to have kept 3 mantlets from Hasegawa's M3 models. The gun itself is metal tubing with a cover of drilled plastic in its thicker part. 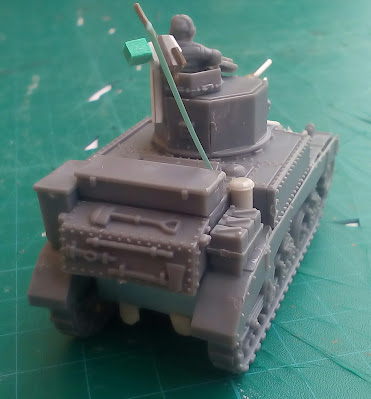 The bottom part of the chassis is Styrofoam with a few plastic parts added. You can use superglue on the Styrofoam to glue whatever you want if you apply a generous coat of PVA glue before. 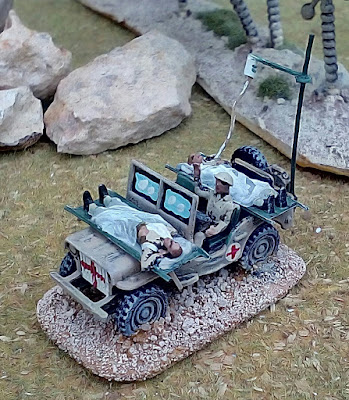 But the funniest part of these builds was this small Matchbox Jeep converted to an ambulance. Two stretchers from Airfix were added as well as a scratch built intravenous infusion system.
Next: whether the motorcycles of the QVR for the 1940 BEF, some soviet gliders and planes or the Naval infantry for Ozereika.
Posted by João Pedro Peixoto at 14:58