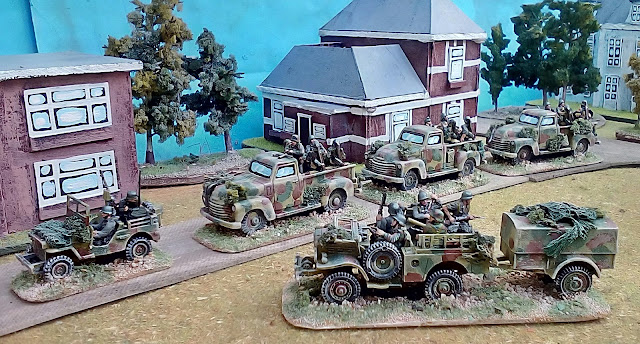 Another group of SS prepares for a nap at Hotel Taffelberg only to find it closed due to a pandemia of British paratroopers that felled unexpectadly from the sky. This post shows my recent captured or requisitioned vehicles and tries to catch the environment of many famous photos of the Arnhem campaign. At the same time these will move some of the hastily formed Kampfgruppen operating in the Arnhem/Oosterbeek area according to the RF! Wine Red book. 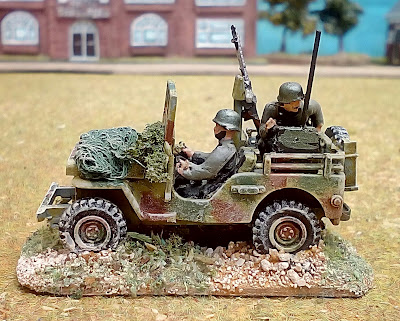 This is an US captured Willys Jeep from Hasegawa. I placed new figures, MG, stowage and foliage and radio as extras. 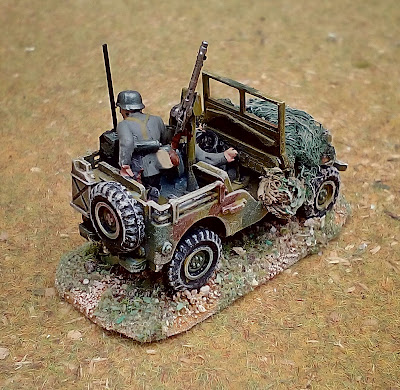 The radioman is the famous Esci figure and the driver is a conversion from several sources with GreenStuuf arms. No, no, the driver is not tuning the radio but  moving up a gear.

The Italeri/Esci Dodge WC 51 was filled with converted figures carrying Panzerfaust, a Panzerschreck and a PSC ammo box. 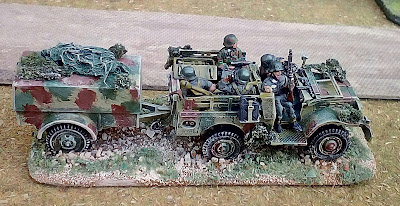 An Airfix Ben Hur trailer was added for more effect. 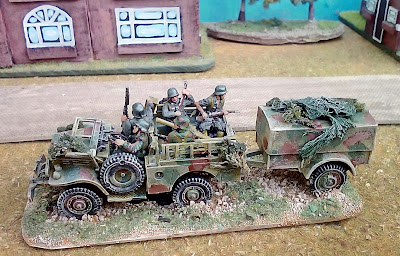 The figures are heavily converted from Matchbox; Airfix DAK and the original Esci figures that came along the kit (the last ones got PSC German heads as both body and heads could be glued with normal plastic glue). 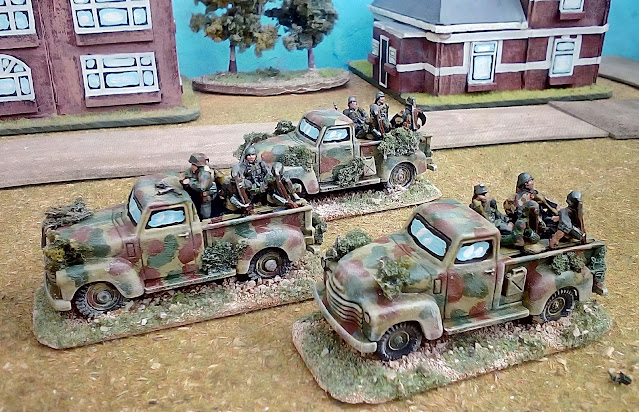 Three Umbauwagen were also added. They are originally Die-cast Matchbox Chevies 47 but they suit the requisitioned Umbaus from the Dutch. The only new thing in the structure of the cars are the bigger plastic wheels. 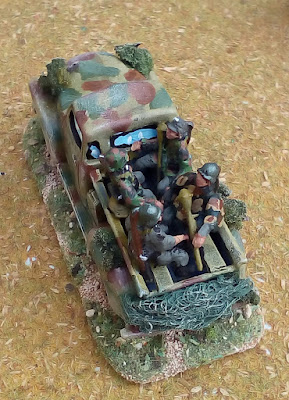 The Umbauwagen were packed with a full box of Hat German Bicyclists. The bicycles were used for 1940 Belgians and the figures can easily be adapted for seated figures with a few twists of one of the legs and also some help of a little bit of heat. A few additions like Panzerfaust from SHQ, netting and foliage makes an interesting and relatively realistic group. 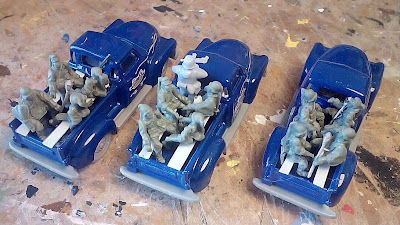 In order to seat all these figures two planks of plastic card EverGreen were placed in each car all along the cargo area. The vehicle in the middle carries a 13th figure, the officer from the Esci Nebelwerfer box.
Next: More Ozereika Landings.
Posted by João Pedro Peixoto at 08:48