Around 2am, in a dark February night, dangerously close to the end of the world, feeling the same fear as the Portuguese navigators that overcame the Bojador cape and under a clear and hot sky (WTF??) the M3A1 light tanks of the 563rd tank battalion disembark from a Bolinder at Ozereika beach. 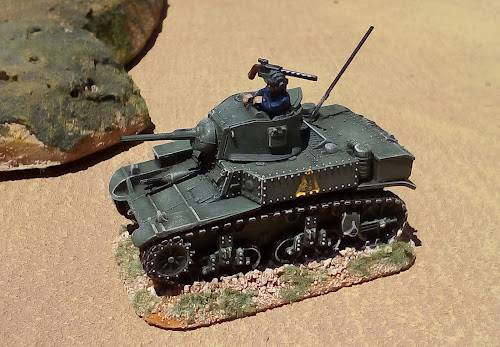 The PSC M3's are a beauty. There are three versions possible versions inside but you can really make a total of six tanks out of one box as you will see in another picture. The tanks of the 563rd tank battalion had whether white or yellow markings. I chose yellow as it stands out pretty well. 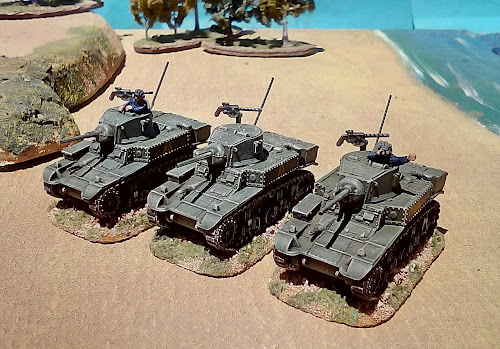 The figures on the kit are for both US or British tankers so I used some Orion modern Russian Federal Forces tankers that comes along the infantry, 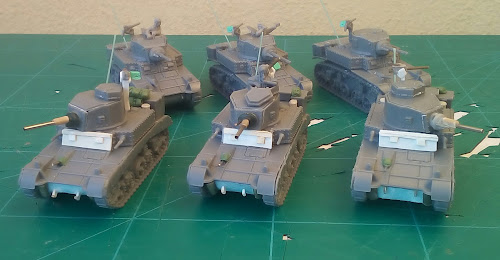 And here is what you get from this PSC box. I think Will Townshend is the most generous guy in the hobby, probably a Samaritan that live and produce its models in a hidden Monastery for the sake of the  poor and helpless. In fact if you choose one of the three models available you can build them PLUS another group of three at around 80% completion. Besides the Russian M3A1´s at the back you have at the front row three M3 that will join the British ranks for the desert in another post. The missing 20% parts are a new 37mm gun  and mantlet (this was easy as I had surplus ones from Hasegawa), the bottom hull part made from stryrofoam with a few extra details, turret Browning .30 cal, driver's plate and air cleaner pipes made from simple sprue. All the bigger parts are given for free: hull, tracks and turret so with a bit of extra work you can have six M3's of two different models at around 3/4 euros each. 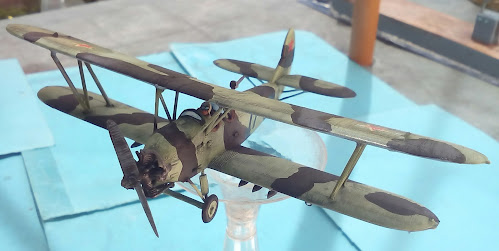 According to the RF! Bavarian Blue book you need one of these, a Polikarpov PO-2. This is from KP and it makes a detailed model of the real thing. 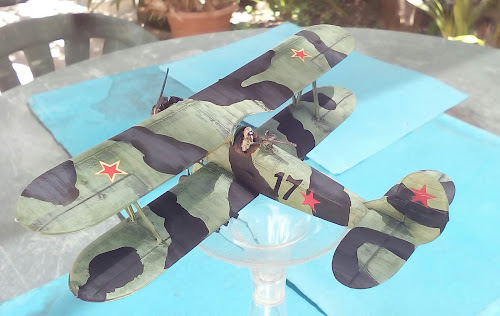 The only thing you need to add are the pilots which came from an Encore model with closed cockpit.
Next: I`m still thinking but it won´t take too long. Maybe Desert British.
Posted by João Pedro Peixoto at 08:29