This is June so lets celebrate D-Day and  the Normandy campaign with some Allied aircraft built along many years. There are still some models missing like British bombers, late Spitfires and P-51 B/C models.
Starting with the British the first picture is my sole Beaufighter, a nice Die-cast model from Altaya. 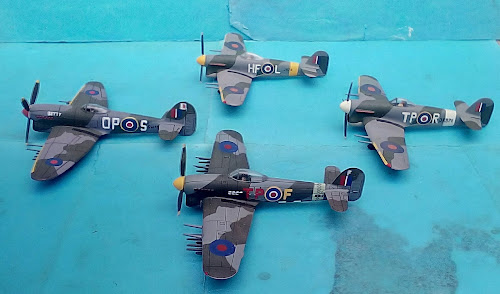 Next four Typhoons. The closer one is a Die-cast from Altaya and the others are Airfix. In reality the ones from Airfix are the later Tempest with a laminar flow wing as the main difference something hard to see in this scale. After a few cuts here and there they became closer to the intended ground attack Typhoon. 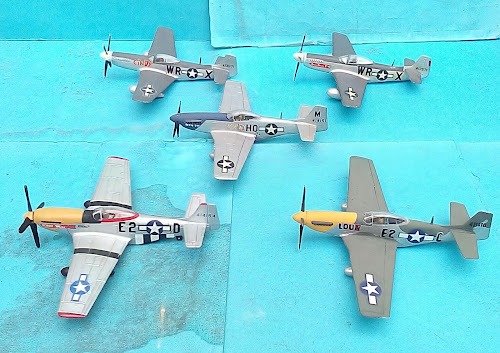 Now for the USAAF. E2D is a Maisto Die-cast, all others are Revell. 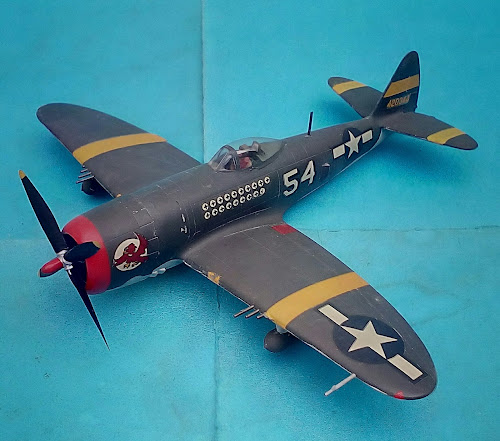 A P-47M Thunderbolt from Revell. 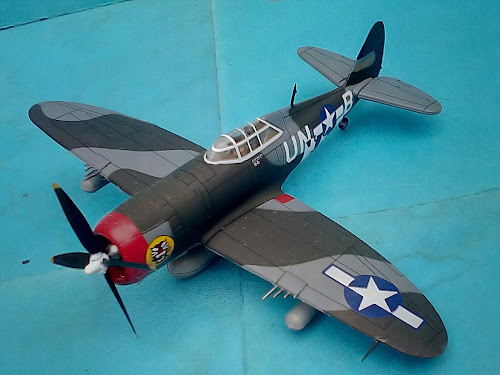 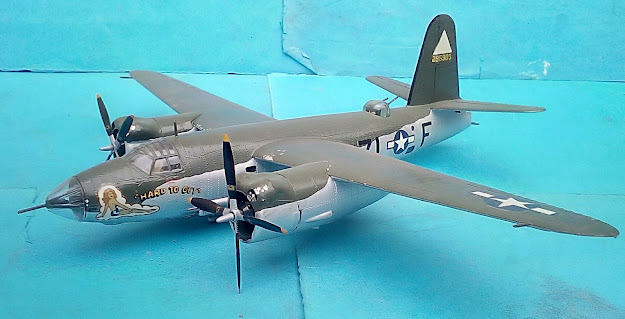