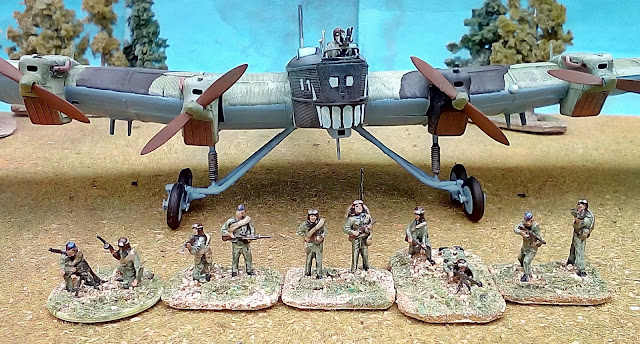 The Glebobva night airdrop was a mission carried by a small group of 80 Soviet paratroopers in support of the Ozereika landings. Apparently they managed some sucess wiping out some German garrisons and five days later a few of them were part of the rescued. Master Richard places 10 paratroopers in the Russian OB which is right. Even if only 80 (6 figures) landed one of the four planes assigned to the mission couldn't find the landing site and returned home cutting the Desant force by 25%. So the 10 paratroopers are the initial force without any incident. 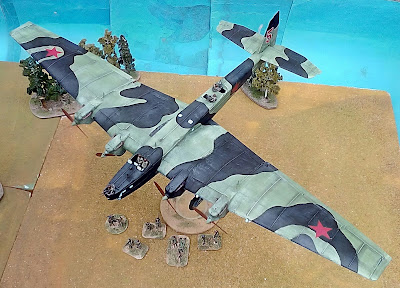 My biggest doubt about this airdrop was which kind of aircraft launched the paratroopers as I couldn't find any information on the issue. There are two possibilities: The Lisunov 2 (Li-2), a licence produced DC-3 or the much bigger TB-3, famous for the first mass jumps in airborne history. I have both in stock (in fact its a DC-3 Dakota but they are the same) and decided to use the ICM TB-3. Besides by having a Tupolev TB-3 you gain a bomber for the Barbarossa period. 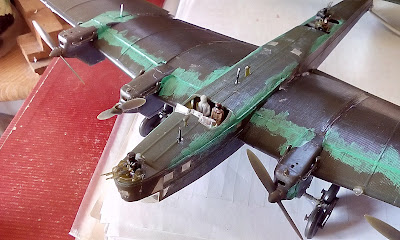 Its a really big thing with a a wing span of over 55cm. Not only its not easy to place on the shelves as it is a really difficult model to assemble with over 300 parts. The green paint you see is an almost dry GW colour mixed with PVA in order to desguise the many faults during construction. As my patience is not what it used to be I wanted it assembled ASAP. So many interior parts were discarded as well as the engines interior. All flimsy and easily breakable structures were replaced by metal ones. 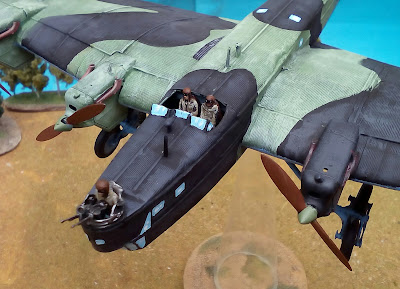 The only addition are 5 of the 10 crew members that are visible, two pilots and three machine gunners. 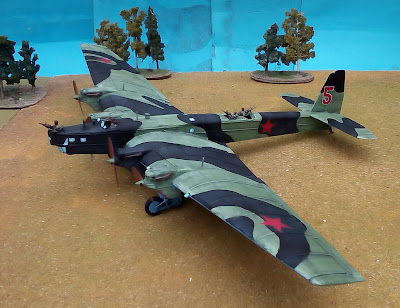 The camouflage was the typical A2 Green and Black used throughout the conflict and particularly common on bombers. 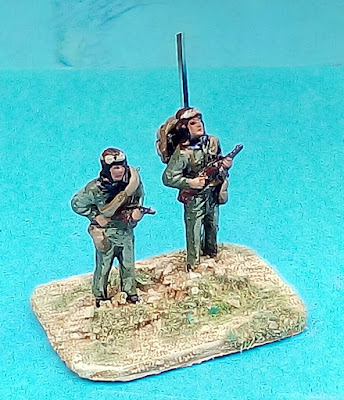 A second doubt of mine was the exact uniform of the paratroopers. They used by then a Khaki jumping suit with an aviator leather helmet and that is for sure. But they also used a black printed camouflaged smock in the style of the scouts. Besides that Zvezda (hey, they are Russian) shows their own small box of paratroopers in a greenish jumping suit different in colour from, for instance, Osprey's book on Russian paratroopers. I followed the Zvezda box cover as the green uniform without printed black looks very nice. 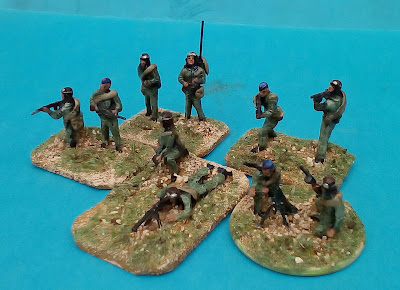 All figures are conversions from three diferent origins. The legs came from the Airfix Luftwaffe figures as they have no boots. The torsos are wether hard or soft plastic from Esci or Revell. The heads are mostly taken out from hard plastic aviators as I paint all cockpits blue and only use aviator's figures if they are in an open cockpit like the case of the TB-3. 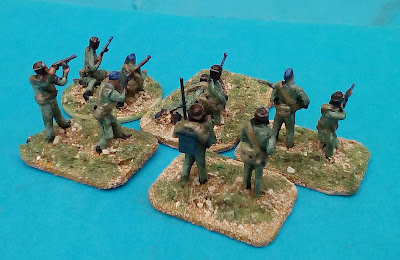 Some of them kept the blue paratrooper's beret. One of the paratroopers became a radioman. 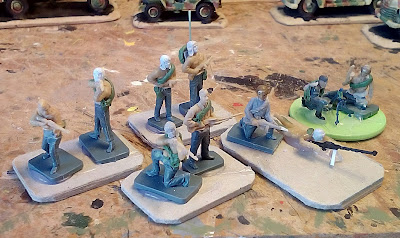 Almost all figures got some extra equipment like bedrools and haversacks made in GreenStuff. 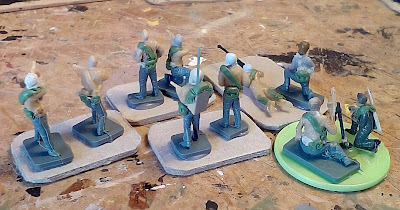 The small 50mm mortar came from the Pegasus Russian Naval Infantry.
Next: Wether France 1940, USAF and RAF for D-Day, WW2 Italians or another part of the Ozereika landings.
Posted by João Pedro Peixoto at 11:49