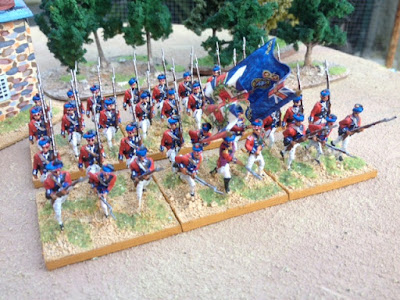 First of all another big compliment to the big winner of the last poll, that is the mighty JMM from Brigada Tripeira who erased from the map all competition with his wisdom and scientific knowledge beneffiting also from the fact that he was the only one who entered this challenge.
The 42nd Highlanders picked my imagination since the TV series from the 80ies  'George Washington'. The 42nd fought in the major engagements of the AWI and distinguished itself in most of them. At Brandywine they were kept in reserve and only the flank companies fought and suffered a few casualties. 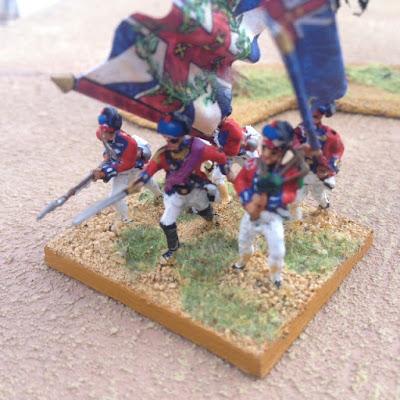 The figures are all Revell 7YW Austrian, including the officer that comes from the artillery box. Only the Piper is half Napoleonic ESCI with legs from another ESCI French figure.
I chose these Austrians because they have a Mitre cap tall enough to be modelled, each figure has a waist cartridge box like the Highlanders did and all wear trousers as they abandoned the kilt quickly for service in America.
The Mitre caps were heated with a lighter and squashed until the shape of the Scotish cap was obtained. The black feather in a small piece of GreenStuff. 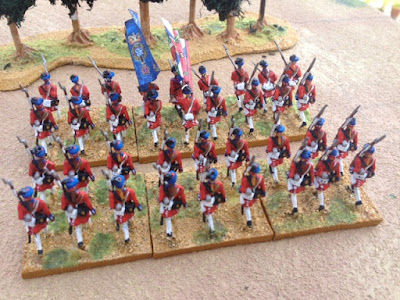 The back part of the coat was shortened and with all these transformations they became quite close to the original, which by the way doesn't exist for sale in plastic.
Posted by João Pedro Peixoto at 14:38