Lately I've been around Lebanon 82 again, something I never forgot as I was 14 years old when it happened and I still remember the TV news with tanks and air battles on the Bekaa Valley and Beirut. 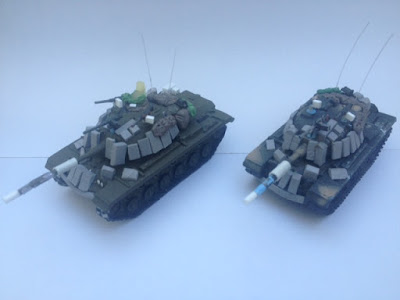 The left Magach was born as a Salvat (Andrea Miniatures) M48 and the  one to the right had an even more difficult and unknown childhood starting its life in a Chinese toy shop. I already looked for more but nothing... 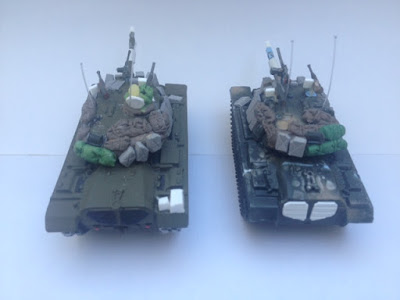 Plenty of pieces were added specially styrene for the Blazer armour. 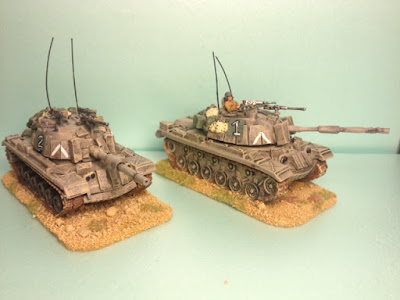 Here you can see them painted with the Vallejo Surface Primer IDF Sand. In 1982 the grey sand was still in use in the IDF as recently they seem to have changed to a greener and darker tone. 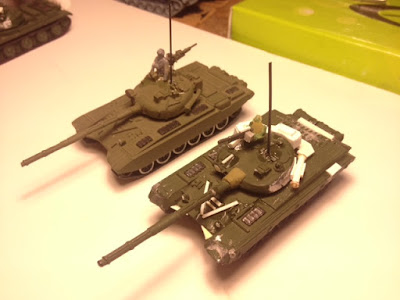 The T-72K to the left is a Salvat so nothing special just say its a very nice replica of the real thing. The one to the right was more troublesome as it started its career in the armed forces as a Salvat T-80. A lot of Evergreen plasticard, cutting, sanding and moved parts were necessary to turn it into a T-72. 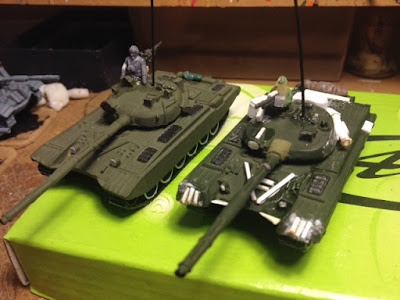 The final result is quite pleasing. I did the same to a number of Revell T-80's in 1/72nd scale that were turned into Iraqi T-72's. But that is for a series of articles on my Iraqi 3rd Saladin Armoured Division for the Gulf 1991. 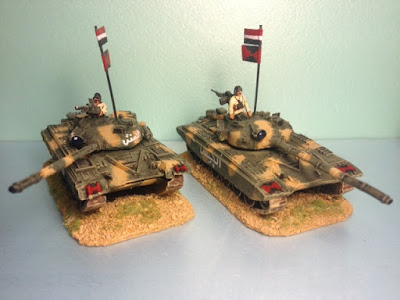 The final result after painting and basing. 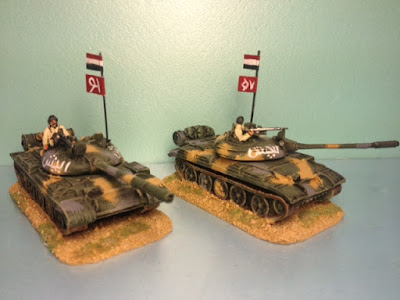 And another T-62 and T-55. No please, they are not drying their pants, no. The grossly exaggerated flags are made to represent command vehicles on K versions of the tanks which externaly only differ from the normal MBT in their 4 meter antennae. This lot of 4 Russian tanks was bought in a toy fair, nowadays one of the few places to get the nice Salvat model tanks in 1/87th scale.
Posted by João Pedro Peixoto at 09:42